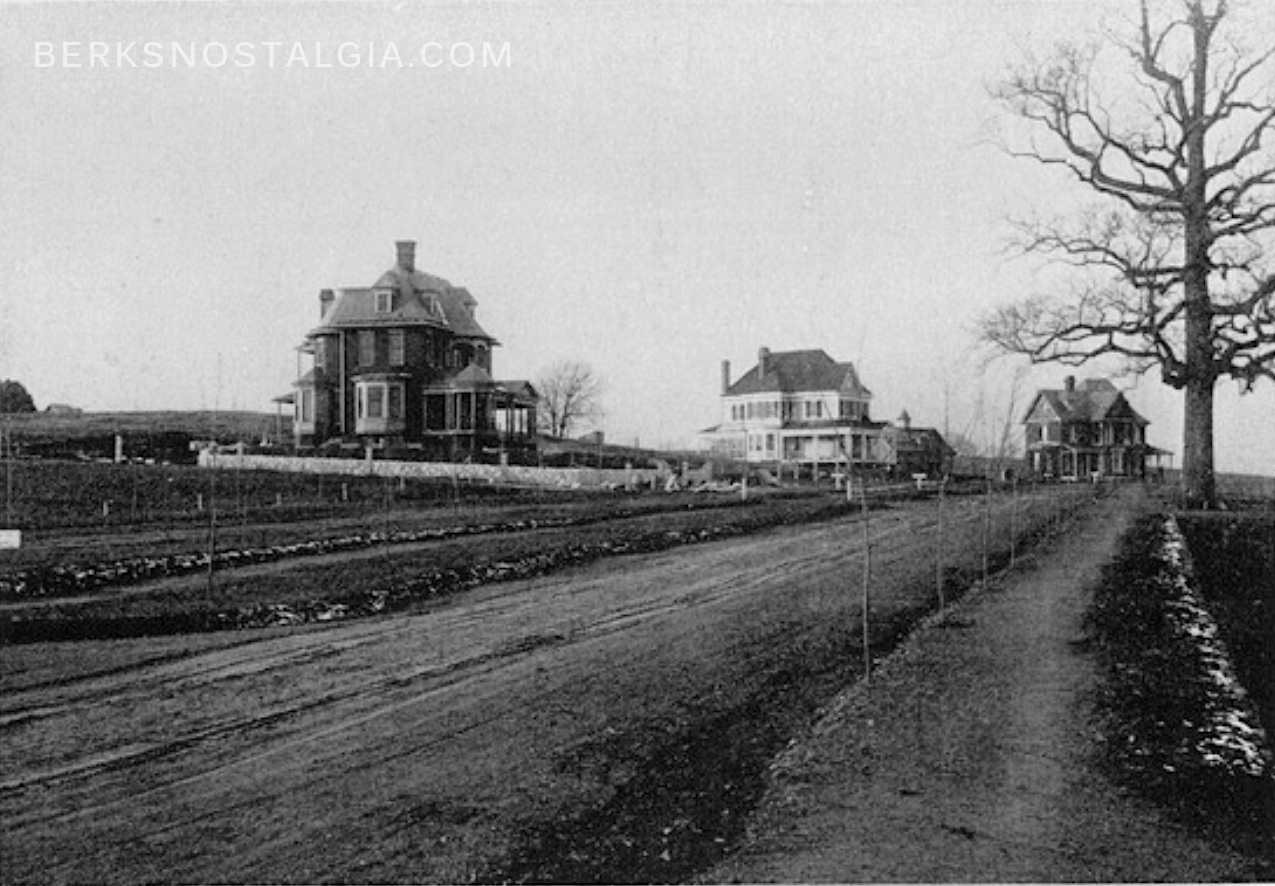 Wyomissing Borough is a community that is rich with history and ties to industry in the late 1800s and turn of the 20th century. It was a community built by the founders and businessmen who ran the knitting mills; Henry Janssen and Ferdinand Thun. It became an opportunity to house their workers so they could live close by and develop a community around their businesses. I wont dive too deep into Wyomissing Borough’s origins in this post as that information is readily available. Below are photographs of a few areas around the community as they looked in 1890 before development, after the community was booming in 1935 and as it looks today.

The view of Wyomissing Boulevard from Penn Avenue today looks similar to the sight in 1935, though it appears a row of trees in the center of the road were removed to widen the north-bound lane at some point. There is not much in common today with the 1890 view, as Wyomissing had not yet been developed past the first few houses on the Boulevard and adjoining Avenues. One interesting sight is the shack-looking Post Office sitting in the middle of the “intersection”, which was a dirt road at the time of the photo in 1890. Another interesting tidbit looking at the oldest photos in this group is the distinct lack of trees. I have noticed this to be the case in most older photos of around the turn of the 20th century. I do not know if they deforested the areas or there were just naturally not trees growing there. Wyomissing is now known for its large beautiful trees all over the community.

The stone wall is still on the property from the 1935 photo. On the top left of the 1935 photo you can also see the back of the Old Wyomissing High School/Elementary School building that sat between Cleveland and Garfield Avenues and faced Wyomissing Boulevard. It looks like the home on the northern corner in view in 1935 is no longer standing and a new one built in its place.

RE: Cleveland Ave and Wyomissing Blvd. This is directly next to where the old high school was. It became the elementary school when the new high school was built.

Was that what became the elementary building on Wyomissing Blvd. that was later knocked down for building lots?

Hi Bunny, you can read about the old Wyo High/Elementary school here. It was razed in the 80s and houses were built on the site. Also I would love to see your pic!

Hi Alexa,
All three of my children went to school and graduated from Wyomissing. Sadly, only one of them attended the Wyomissing Blvd. school before it was razed. It was a grand old building.

Yes, that’s right. The school was torn down, and houses were built. It was a fine building, but I think things like asbestos were the problem. I cannot see your comment, and my previous comment is “awaiting moderation”. I read it through my email connection. There may be a “glitch”.

David I knew you would like that 1935 pic where you can see the classroom windows in the top left corner. Usually I only have to approve comments once per IP address, but for you its making me approve each. If you are using a browser or extension that masks or randomizes your IP that is probably the reason. Otherwise I have no clue!