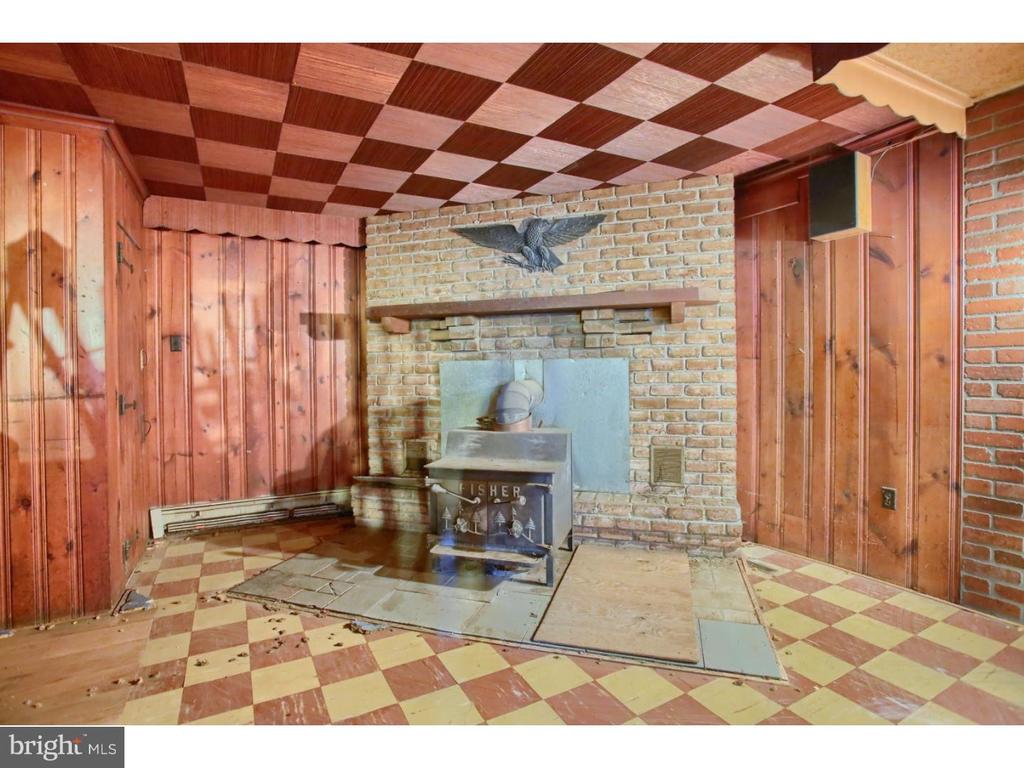 AmericanTom.com, a dive bar review website, wrote the following in 2002 to describe the Camelot Inn:

[01-05-02] The Camelot is a time warp bar – the dying breed of tavern that makes you think that you went back in time as soon as you pass through the doors. It is not only exactly like it was about 5 years ago when I last went in – but the sole patron at the bar said it is exactly like it was 25 years ago.

The dining room still remains setup, complete with placemats, even though they haven’t served food in years. The bar is heated by a woodstove. There are some old and interesting photographs of Reading – its vibrant downtown and trolley/street cars.

The old man who owns this diamond in the rough apparently does not believe in change. He has a recliner next to the woodstove and when I was last here – he was asleep in it in the middle of the day. I think I left without a beer because he never woke up. This time, he was away somewhere and a friend was tending bar. He wasn’t sure if they had Captain Morgan ( they did ) and had to go find ice to finish the captain and coke. He didn’t even know what to charge for a highball so he said $2.

The walls of this place are pine board paneling. The men’s room has two urinals and two sinks. Unusual in such a small place and a hint that this place was often hopping from the workers of a nearby steel fabricating company.

The only guy at the bar said there is never a band but the owner’s cute niece and her friend tend bar from time to time. The old man often opens at 1PM and closes at 6PM is things are slow. The basement houses many rooms and another bar – a speakeasy of sorts from the days of prohibition or simply to stay open past the legal hours.

I like this place even though there are only two draft beers ( Rolling Rock was one but the other was out of order and had a cup covering its tap head ).

If you have any history or insight into this establishment please feel free to comment below or shoot us an email.

Our band played there in 91′ and 92′. The owners son, Lou, played in our band. Great times and a lot of parties. One of the last time we spent there was when we had a 50th anniversary party for my parents. The owners, Lou and Judy, cooked all the food. Was an awesome time

Good ole Louie…a bunch of coworkers and I would stop every Friday after work. He would put our ham and cooper cheese chunks out for us all the time

I was a little confused, and then I realized that I was mixing this place up with the Beverly Hills Tavern located on the Old Fritztown Road. I haven’t been in that area for almost thirty years. I don’t think I ever went to the Camelot.

At some point in 2008 or 2009 the kitchen got remodeled I was told by the contractor that it had to be done or they would loose there liquor license. It was definitely creepy place. I know for sure they never opened. The owners son Lou was or still is a patrolman for spring township because his card was tacked up on the bulletin board behind the bar.

Been driving past there for 30 years. Never realized it was still open, as I’ve never seen a car parked there or a light on. After this pandemic passes, I’ll definitely stop in. I love a throw back bar.

Hey Devyn, unfortunately it’s no longer open. Closed probably over a decade ago. The property is for sale though

My mom bartended there in the early 80’s and stayed a tiny apartment above the bar till our home was finished construction in wernersville. My dad was part of the crew from Baltimore that moved here in 83 (??) to work at AT&T plant in Reading (which changed to Lucent then Agere). I remember sitting at a table in the bar and eating Lou giving me berks version of chicken pot pie. I remember him as having such a big heart and stayed in touch with my parents for awhile after we were settled.

We used to drink there in the early ‘70s. It was easier than going to New York.

That was my great uncle’s restaurant. Louie Fronina was my grandfather’s brother. I remember going there when I was little. His house was on the same lot as the restaurant. My grandfather helped cook there sometimes. Great memories!