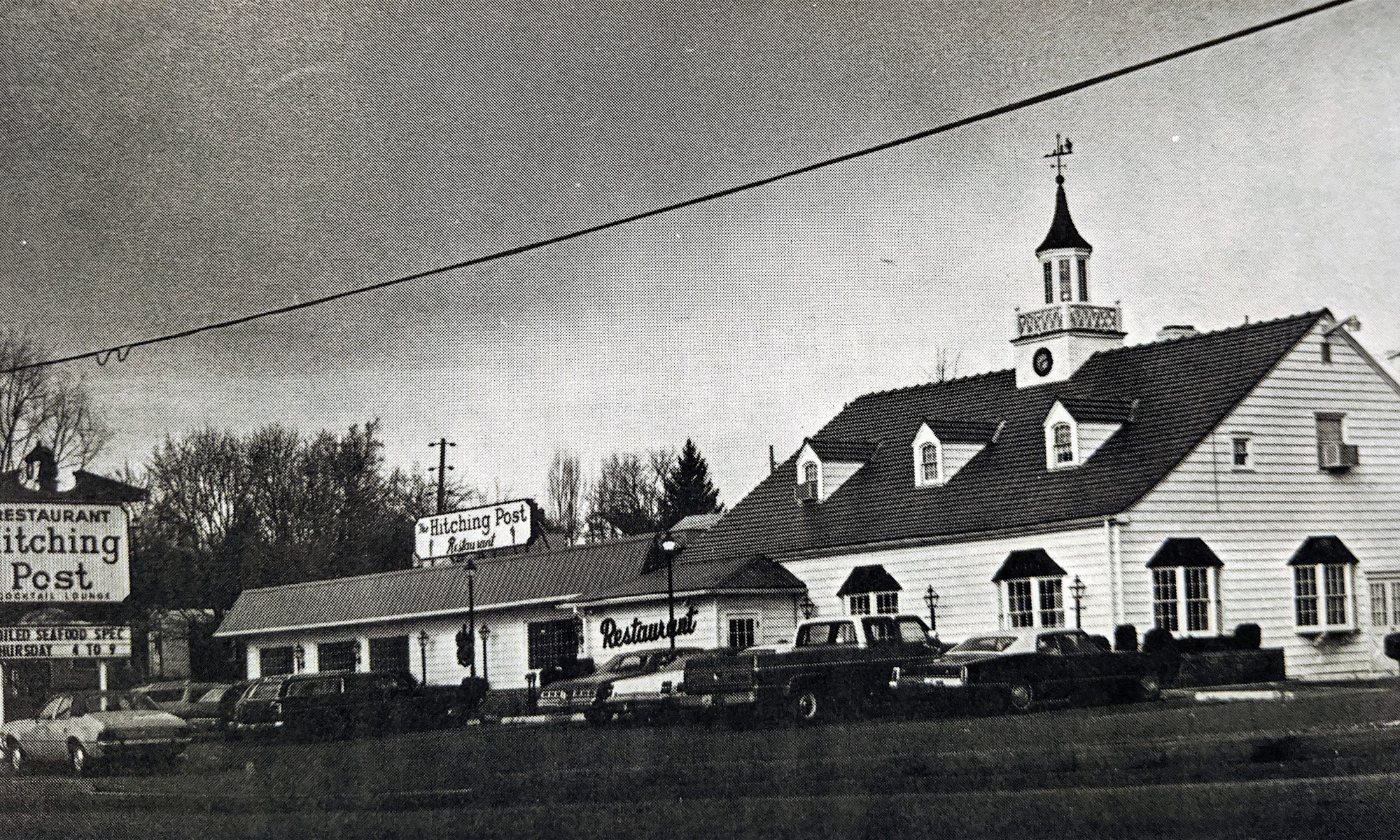 The Hitching Post was a very popular restaurant located in the Springmont section of West Lawn. Built in the 1930s, it was originally a Howard Johnson’s. It then became an establishment called the Imperial Club. Finally, it became the Hitching Post in the 1960s. Countless anniversaries, birthdays, organizational meetings and other celebrations were held here over the course of 4 decades.

When it opened as the Hitching Post it was owned by Charles Schwambach, who also owned the Queen of the Valley Diner, located east up Penn Avenue by the old Iron Bridge.

The restaurant in West Lawn closed its doors in mid-1997.

In February 1999 Wawa finalized development plans for a Wawa Convenience store to be built on the site of the Hitching Post, and in July they purchased it.

A third Wawa convenience store in Berks County – the site of the long-vacant Hitching Post Restaurant in Spring Township – is expected to be completed by the end of the year, creating 25 to 30 new jobs, says a Wawa official.

Wawa opened it’s West Lawn location shortly after New Year 2000. Not everyone was happy with Wawa’s rampant takeover of Berks.

As much as I love Wawa, maybe Kyle has a point. We sacrifice history for convenience all the time. Many of these places that take us back to a different time are gone, but my goal with Berks Nostalgia is to make sure they are never forgotten.

The Hitching Post returned in 2011, under a new generation of the Zeppos family, who owned it in West Lawn from 1979-1991. It is located in Bern Township along Route 183. It is still in business today and has great reviews.

I think Kyle Kemp’s letter is on point – once we tear down historic buildings, we lose that connection with the past while transforming our local community into the same hodgepodge of ugly, soulless buildings that unfortunately has become the American landscape. Thanks, Alexa, for helping to keep the memories alive through your efforts. I don’t know if journalism is your occupation but you have the skills for it; it’s too bad the future for good journalists looks challenging.

Thanks Todd, that is so kind of you. Journalism is not my occupation, and I’m not sure the way things are going it’s a sustainable future occupation either. My Father has been at the Reading Eagle since the mid-90s, first as a crime beat reporter, and then an editor for around 15 years now. I have had an inside look at the demise of local journalism. It will definitely continue to be a hobby, though. 🙂 Thanks for reading.

This is correct that the building was originally built as a Howard Johnson’s but goes back possibly to the 1930’s or so. It was not successful because their pricing didn’t compete with the smaller local eateries. It became the Imperial Club which is recalled operating back to at least the 1950’s and 1960’s and is believed to be the party who sold it to the Schwambach’s to convert to the Hitching Post.

Thanks, I will add that info to the post.