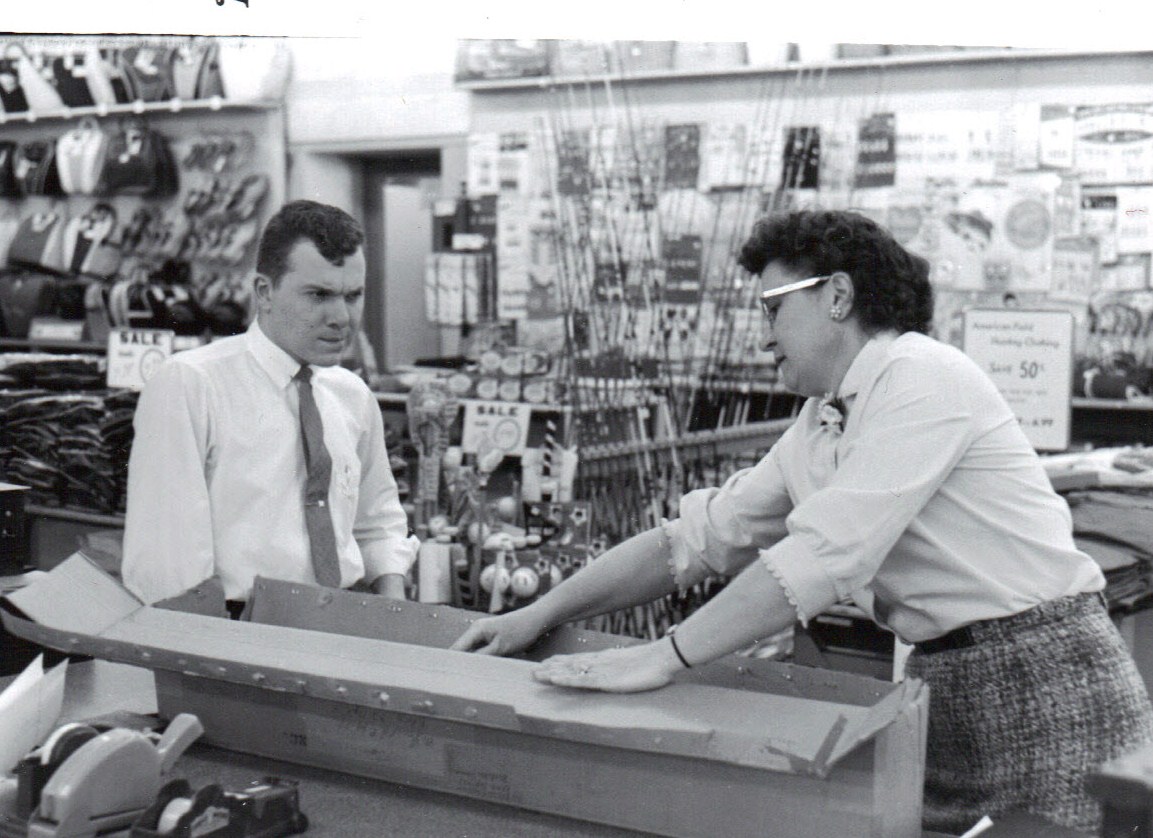 These photos were sent in by Ron Shurr, he worked in the Camera department at Pomeroy’s in the early 60s and had a passion for photography. Thanks for sharing these, Ron.

A few memories from Ron:

I worked in the camera department, my first job out of high school. Photography was a hobby and was a staff photographer and yearbook photographer at Exeter HS class of 1960. Later became store manager and buyer in the photographic industry for Hollywood Photo Reading and Classic Photo Allentown, both then owned by Classic Photo. I managed Reading branch, bought for both stores and was in charge of all their retail advertising. We were the leading supply of photo equipment for the Reading Eagle and Western Electric and Bell Labs, major players in Reading. I would meet most of the Eagle photographic staff at Jimmie Kramers for nickel beer night on Wednesdays. Lots of stories and memories from Reading. The location of Hollywood Photo then was 529 Penn Street, which was the building with cellar rooms and it was told to me that Baby Face Morgan, the gangster was shot, while playing cards, in one of those rooms below the store. We used the downstairs as storage and stockroom, and there were two rooms still there, but without doors.

I worked in the furniture warehouse summers and college term breaks in 1974,75. The 6th and Penn building had crazy hidden passageways and rooms. I spent hours exploring while on “lunch break.”

Thanks Peter, I fixed it!

My mom snd and I shopped there all the time and I remember Edna the store police lady I used to call Her! She was watching people and kids all the time!!

OMGOODNESS! I remember Edna as well! Also,remember Mary the super nice waitress that worked in the Tea Room! Such wonderful memories 🥰

Loved the Tea Room and toy dept at Christmas!!
Those were the days!!

In what year did the toyland at Pomeroy’s close?

[…] “Woolworth & Knox”. It was just two doors across 6th street from the successful Pomeroy’s department […]

[…] above is 6th & Penn Streets in 1949. On the immediate right is Pomeroy’s Department Store. A block north in the background is the Berks County Court House. All of the buildings between the […]