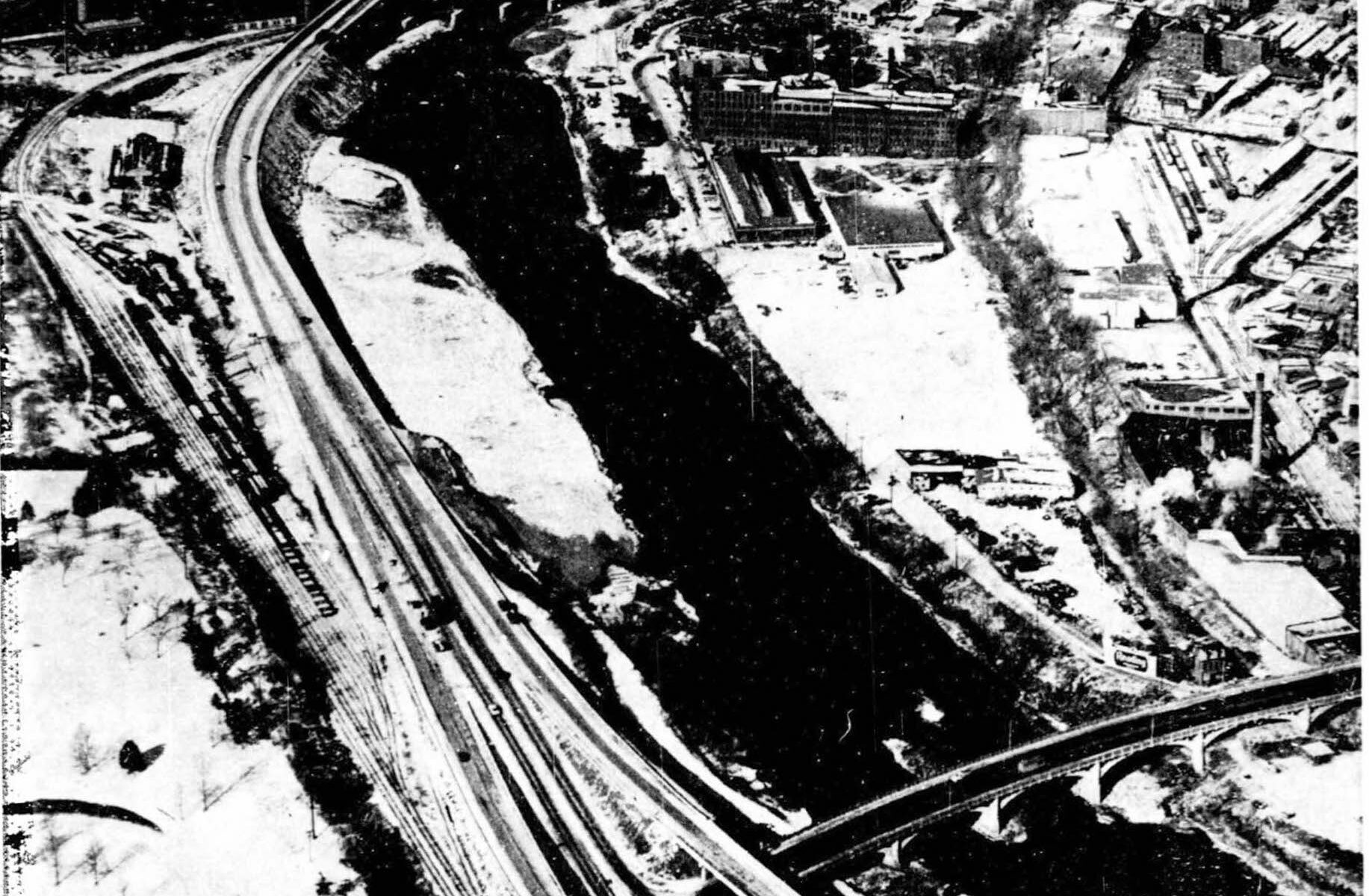 Traffic is rolling over the newly opened West Shore Bypass. Several motorists commented on the time saved in using the new road. One reported reaching the center of Reading from the bypass junction at the Philadelphia Pike in seven minutes, a saving of about 13 minutes. The ramps of the interchange at Lancaster avenue are shown at the bottom of the photo above and the cloverleaf at the western end of the Penn Street Bridge is shown at the top. The aerial photograph was taken by Edward G. Scneider, Eagle staff photographer. The picture at the right will remind motorist and pedestrians of the West Reading scene at the western end of the Penn Street Bridge before Leinbach’s Hill and buildings were removed to make way for the bypass. 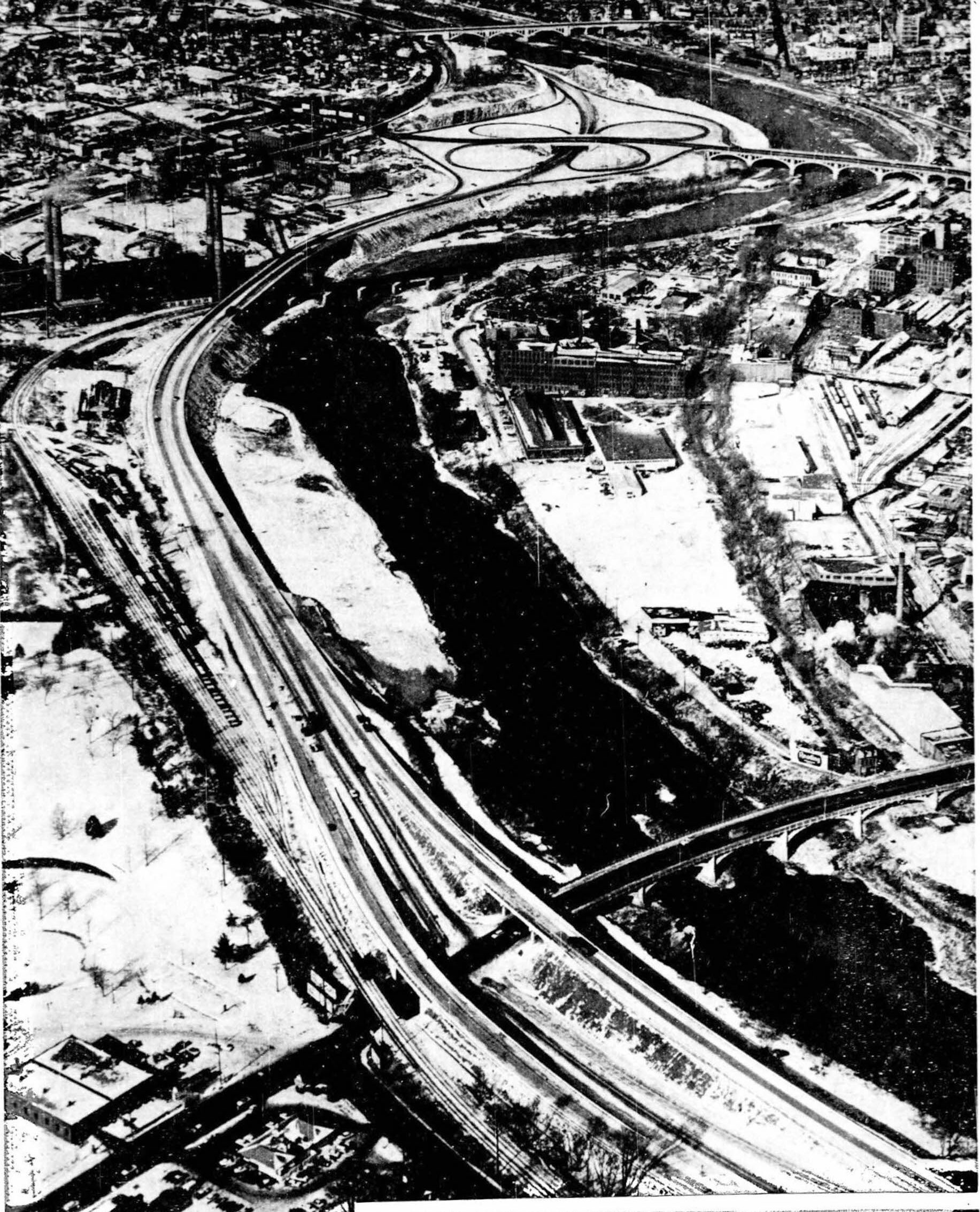 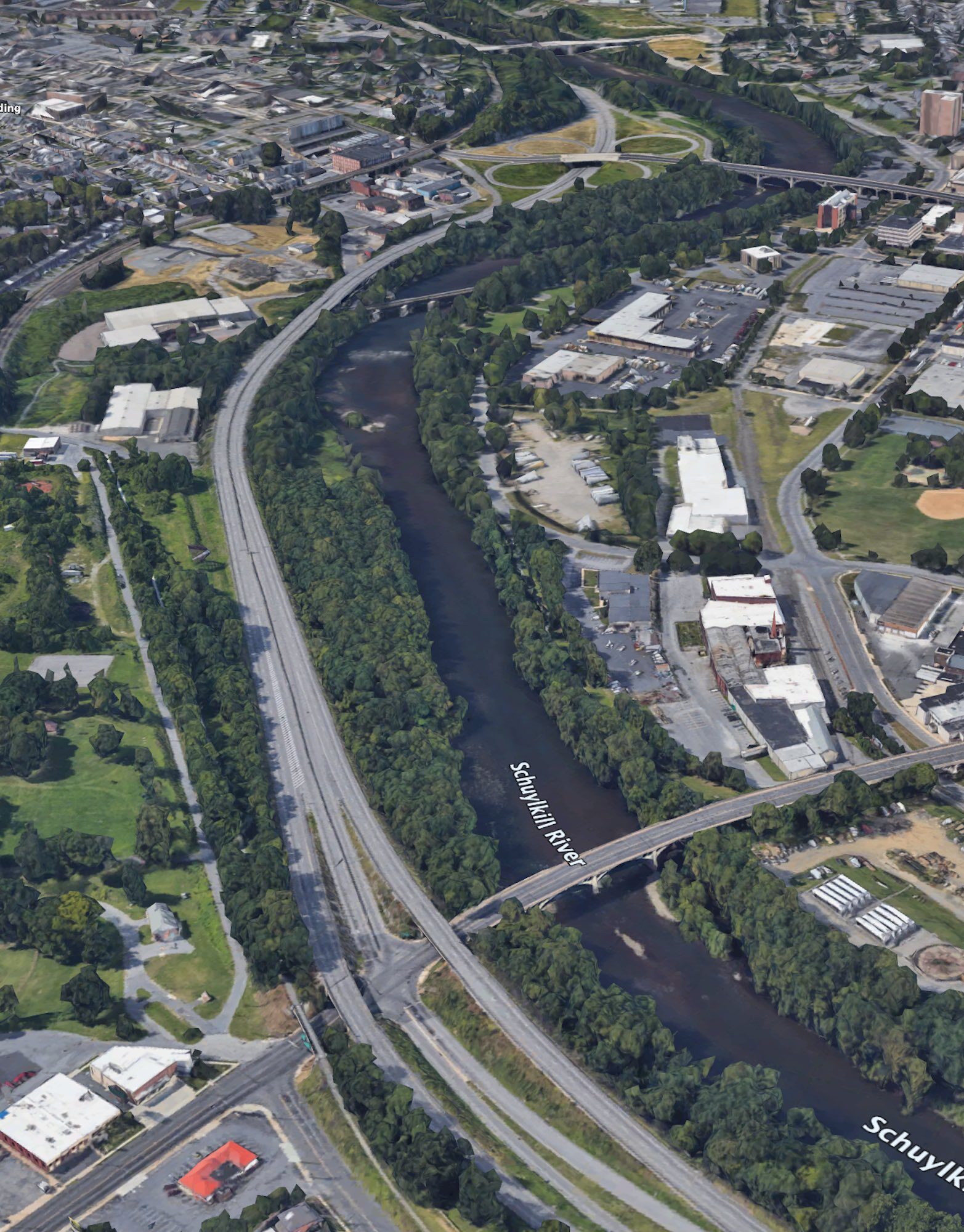 If only they knew back then what a terrible mistake and accident prone decision it was with Lancaster Avenue exiting on the left lane.