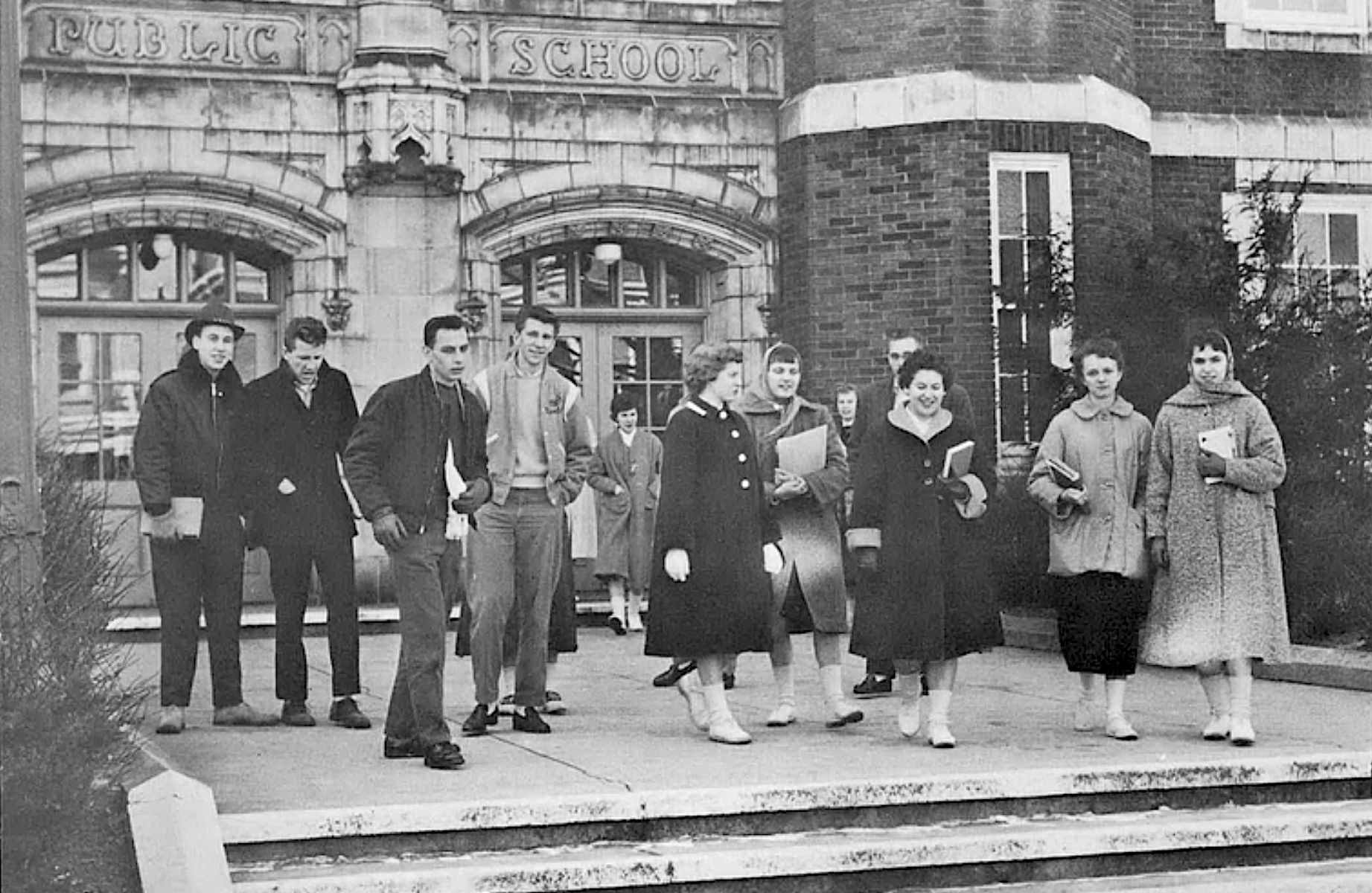 The West Reading High School building was built in 1914 at the corner of 4th and Franklin Streets. It was the beginning of the secondary education for youth in the Borough of West Reading. It housed 7th-12th grades.

In 1923 an addition to the original building was added to accommodate an expanding population. An auditorium, gymnasium, study hall, science labs and additional classrooms were added to the high school. The first yearbook was also published in 1923. The school was not only utilized for the youth of West Reading but the rest of the members of the community as well. These new accommodations would serve as a gathering spot for community lectures, entertainment, movie nights, sports games and socials of all kinds. It was also used as a place to vote, a child welfare station, a meeting place for playground directors, a meeting place for the Borough Council when carnivals and other activities were preventing regular session at the Town Hall.

West Reading’s mascot was the Cowboy and their colors were maroon and steel. West Reading started off with just a Boy’s Basketball team in the early 1920s. Girls Basketball made its debut in the 1924-25 school year. By the 1960s sports included: Football, Girls Field Hockey, Boys & Girls Basketball, Baseball, Track and Cheerleading. Other activities included a school newspaper called the Lariat, Student Council, Debate Team, Future Teachers of America, Future Nurses of America, Chorus and Band.

West Reading was known for having a good Boys’ basketball team and even won the State Championship three years in a row in 1959, 1960, and 1961. The team was lead those years by 6’9″ center Ron Krick. Krick beat Wilt Chamberlain’s record in all-time scoring in the state of PA. Ron went on to play college basketball at the University of Cincinnati for four years before being drafted by the Cincinnati Royals in the 9th round of the 1965 NBA draft. His pro career was cut short due to consistent shoulder injuries but his legacy at West Reading High has never been forgotten. He passed away in 2011 of cancer at the Reading Hospital, just down the street from where he set records on the West Reading High court.

June 1969 was the last time that West Reading and Wyomissing graduated separate classes, as the two districts merged in the beginning of the 1969-1970 school year. Forty-seven seniors graduated from the last West Reading High class in 1969.

That was a building with and class and style. Loved my years going to a price of my home towns history.