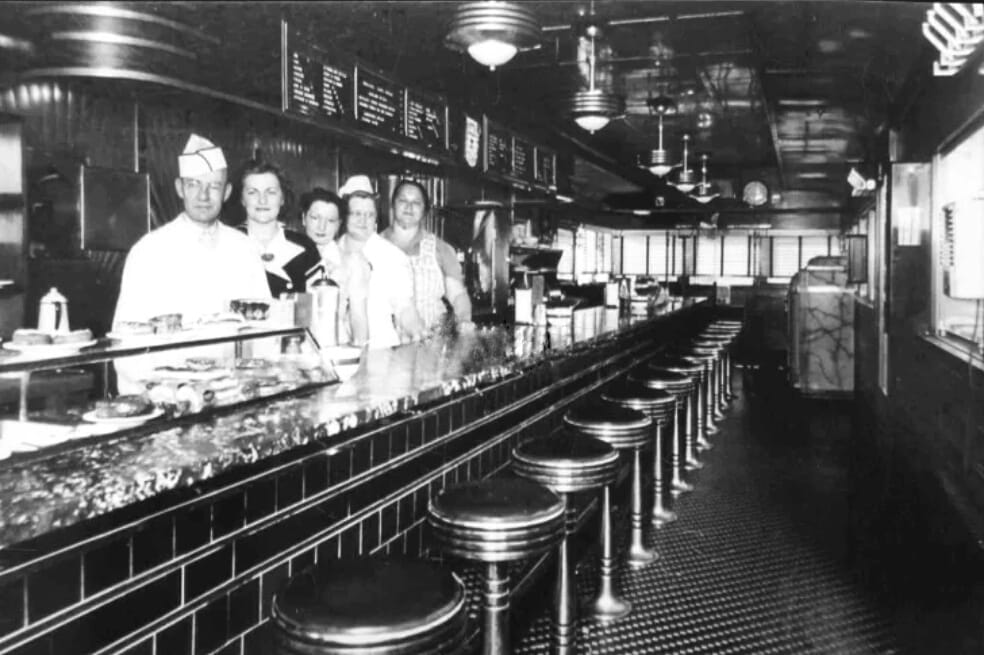 The original structure was actually located closer to the current GNA building where the parking lot for today’s structure sits. As you can see from the image above it also sat fairly close to Penn Avenue.

The structure pictured was at some point razed and rebuilt into today’s structure between 1958 and 1971. Rumor is that the old diner was buried underneath the now-parking lot where it once stood. Later the new building was renovated to sport 1950s glam decor, with glitzy chrome facades and small juke boxes in every booth.

In 2012 there was a murder in the parking lot of the West Reading Diner.

The West Reading Diner closed in 2017 after various health code violations were reported. The State Bureau of Food Safety ordered them to shut down to fix the violations which included an infestation of some sort. The building was renovated in 2018 and reopened as the American Diner.

Yep I remember this diner

my dad Ed Shain owned this diner in the 50’s,Don Shain

Oh the years I spent eating there after a night of drinking. So many memories from the 80s and part of the 90s. This is where I learned to eat a BLT club with fried egg and cheese