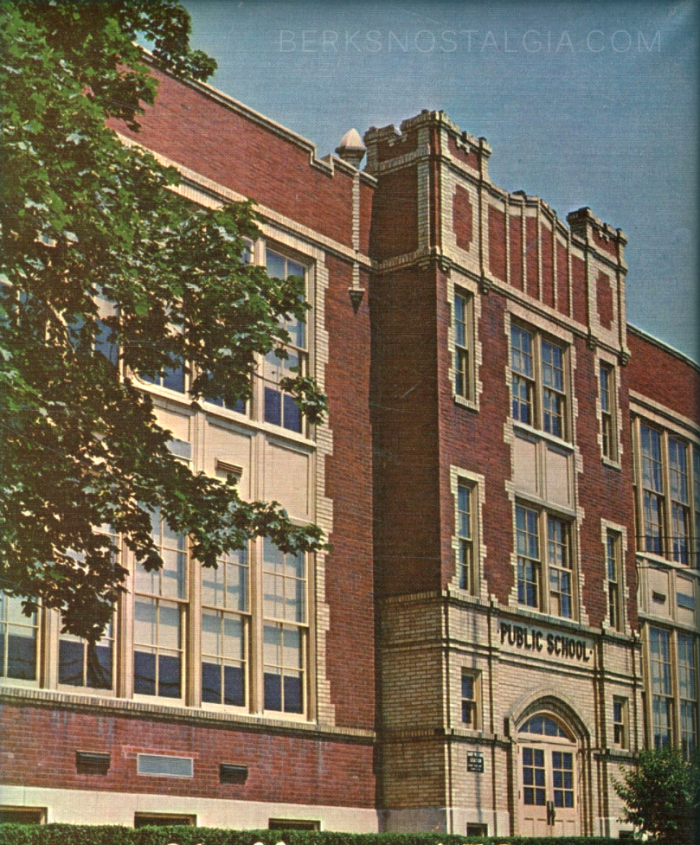 Ontelaunee High was located in Leesport PA, right along Centre Ave or Route 61. The original High School building was built in 1914. An addition was added in 1939. Ontelaunee High’s mascot was the Indian and the colors were red and yellow.

Another addition was built onto the Ontelaunee High School building in 1958 which housed a new gymnasium.

Schuylkill Valley School District was formed out of the merger of Bern, Ontelaunee, Centre, and Perry Townships along with Centerport and West Leesport in 1955. Perry Township dropped out of the merger within a year to join Hamburg Area Joint Schools instead. Bern, Ontelanuee, and Centre Townships along with boroughs of Centerport and West Leesport remained and officially formed the Schuykill Valley Joint School District. The last Ontelaunee High class graduated in June of 1955 with 46 students.

Currently the Ontelaunee High building is still standing and utilized as a business plaza. It was subdivided at some point since its closure.

I love that my dad is pictured with the O.H.S. basketball team (he’s in jersey #10)He recently passed away, so seeing pictures from his past is heartwarming. Thank you!

Very sorry to hear about your Dad, Melissa. Coincidences like that are strange, especially considering I put these articles together a few months ago. I like to think it was chosen then because something knew you would need to see it now.
All the best to you.