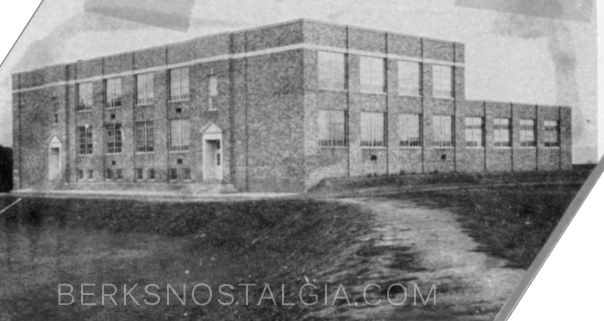 Amity High School was located in Amityville, right off of old Swede Road. I can find no information on when it was built.

Sports at Amity High included a Boy’s Basketball team, a Girl’s Basketball team, Baseball team, as well as Girl’s and Boy’s track teams. Other activities included Glee Club and Girl Reserve Club. It served as a high school for the Amityville & Douglassville area until 1955 when the jointure of Daniel Boone School District began.

The Amity building was utilized as an elementary school after the jointure with Union and Birdsboro to create the Daniel Boone School district. It functioned as a primary school until 2014 when it closed due to declining enrollment and an anticipated savings of $300,000 through consolidated staff and reduced utilities. The Daniel Boone school board unanimously voted to end the school’s long career.

The status of the building is unclear. It is still standing and may be being used for administration offices.