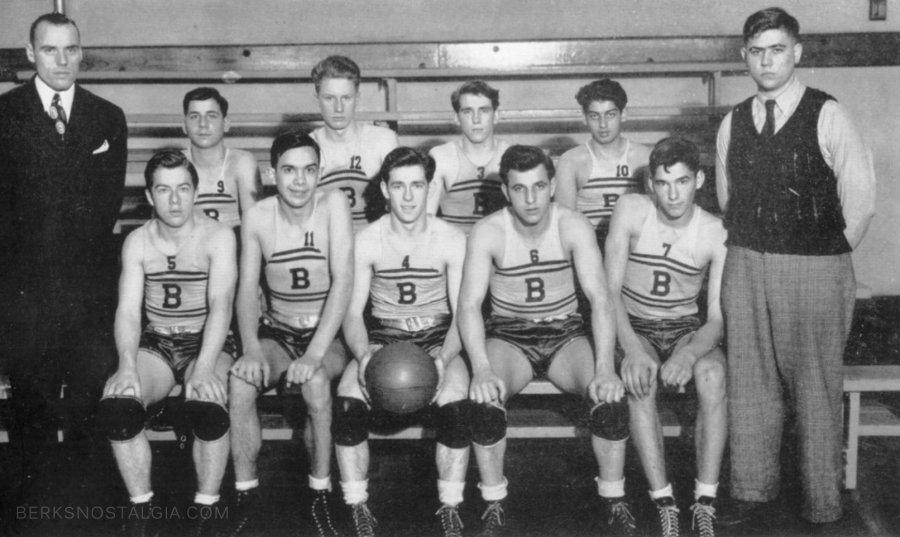 The first sources of education in Birdsboro was founded in 1820 when a “Pay School” was established. However, not until 1872 was the first public high school organized. Its curriculum was similar to Grade 8 in the year 1945. The original high school building was called the Washington Building and was located on W. 2nd Street. It was built in 1896 and served until the “new” Birdsboro High School building was built in 1927. It was later demolished in 1970.

The Birdsboro High School Roosevelt building as most remember it was built in 1927. It was located between Adams and Jefferson Streets on W 3rd Street, roughly here. It sat right behind the first Washington building.

Plans for expansion were approved by the Department of Public Instruction in 1960. Birdsboro was selected as an appropriate place to build and a tract of land was purchased.

Construction began in 1964, and progress was plagued by strikes, flooding and a hurricane. By summer 1966 the building was nearing completion when one final disaster struck.

On August 22nd, 1966, the former Birdsboro High building was gutted by a fire and along with it went the supplies for the new school which were being stored there. At the time it was called Theodore Roosevelt School, and it was going to house Daniel Boone School District’s 5th & 6th grades.

Informational contributions to this article were made by Todd Pete