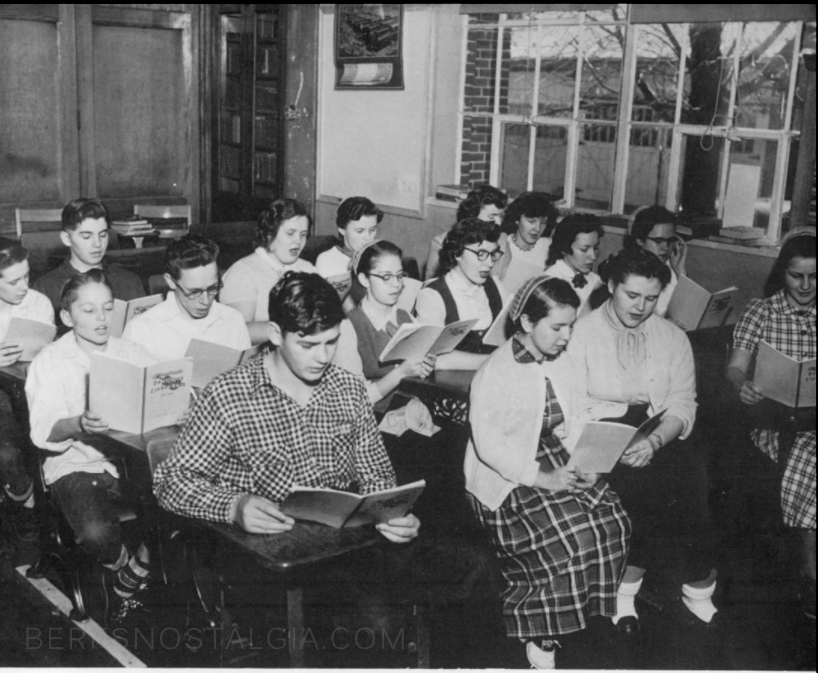 Caernarvon Township High was located in Morgantown right on Main Street. In 1928, land was bought consisting of two acres and one hundred and fifty three perches on the main street of Morgantown. In order to have money to build, bonds were sold. These bonds were auctioned off and the Elverson National Bank bought them.

The bank then resold them to private owners. These were to be paid off in groups at five year intervals. In 1933, the first was paid off, and in 1948 the last bond was paid. The new building had just four classrooms and a library. The only recreation it provided was the tennis court built just north of it and a playground directly next to it.

It wasn’t until 1950 that more course options and extracurriculars were introduced to Carnarvon High. Caernarvon Township High’s sports teams called themselves the Generals and their school colors were blue and gold. Sports included Soccer, Boy’s & Girl’s Basketball, Baseball, Cheerleading and Softball. Other activities included Camera Club, Drama Club, Typing Class, Coin & Stamp Club, Chorus, Band and Color Guard. Since the high school building itself did not have a gym, the students used the Morgantown Fire Company’s fire hall to host games and other extracurricular activities.

On interesting aspect that made the jointure a little more difficult than most was that Honey Brook Township & Borough, West Nantmeal and Elverson Borough all reside in Chester County, and Caernarvon and Robeson are located in Berks County. This problem was resolved by agreement between the Chester County and Berks County Superintendent.

Planning for the new Twin Valley Junior/Senior High School building began in 1955. It opened its doors in the fall of 1959. Twin Valley graduated its first class in the new building in 1960. The Caernarvon Township High School building continued to be utilized as an Elementary School for the district. In the 2000s it closed and was renovated into apartments.

this was my elementary school in the 70s. I went there until 5th grade. For 6th grade, we all went to the newer Twin Valley Elem. (up behind the high school). So I would say it shut down as a school around 77 or 78. I think the apartments came in the late 80s or early 90s