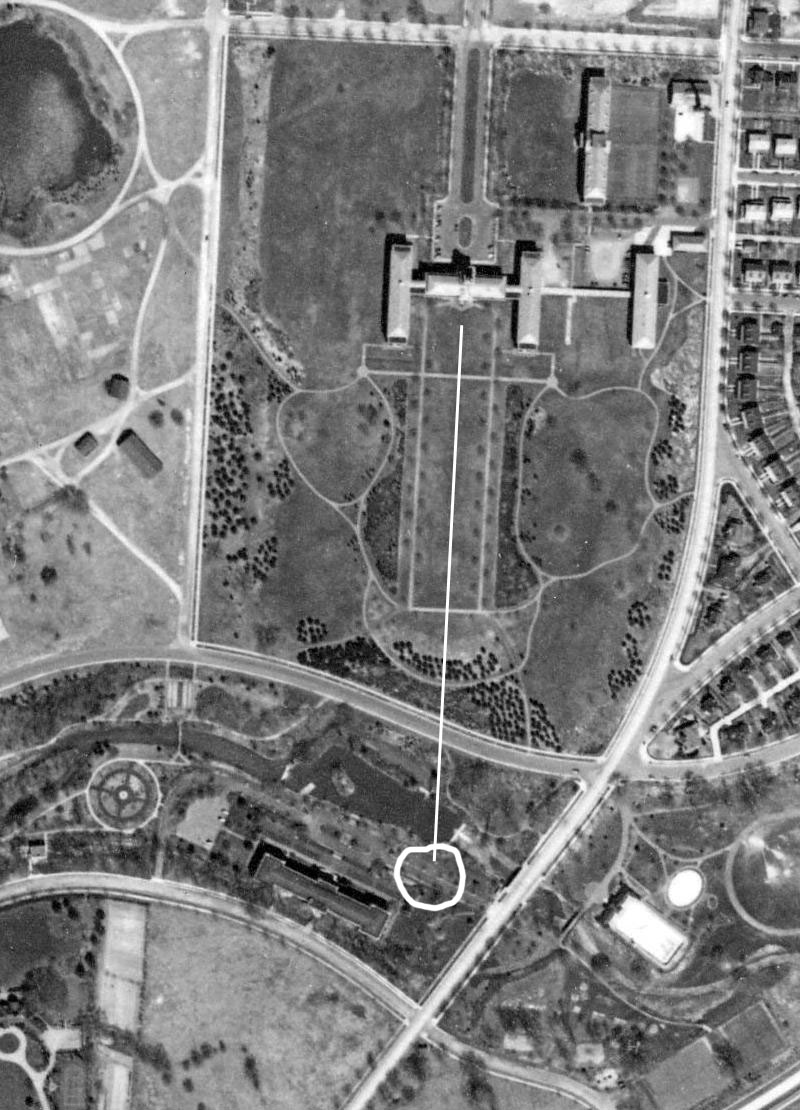 I got an email asking for help to solve the mystery of where the below photo was taken. The photo is of the back of the Reading Hospital around the time it was built in the mid-late 20s.

I checked out a few aerial photos I have of the area from 1927 and 1940. Due to the angle of the shot being straight on, I concluded it have to be on the museum grounds, and had to have been taken in the general area circled below.

When I looked a little harder at the photo the below things popped out at me. I believe a stone wall, Wyomissing Creek and Parkside Drive North (which was just a dirt road then) are visible in the photo. The stone wall is still at the museum, it runs along the Museum side.

However, the image doesn’t appear to be taken from the museum itself. Does anyone remember another structure being on the museum grounds? Maybe some sort of stone gazebo with the swan decorative railing? Any information would be appreciated.

I think I found it complete with arches, but I am not certain what it is. You have to go to Google Street View, and there is a building in front of the museum. It is not labeled, but is it the arboretum? If you go on street view to Parkside Drive North and view the museum (in the distance) you will see the building in question with the arches. Here it is: It looks as if it is tent-like structure, so maybe it has been re-modeled over the decades. 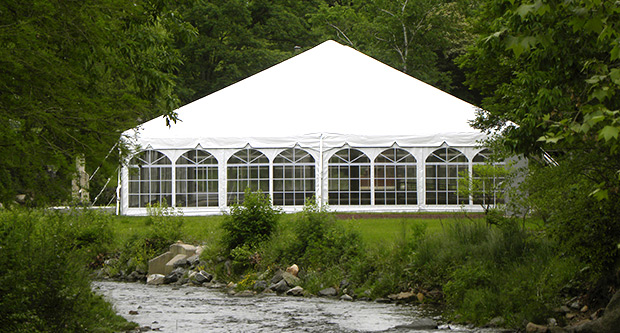 Todd B
Reply to  David Procter

Here is another early view, what looks to be still under construction… 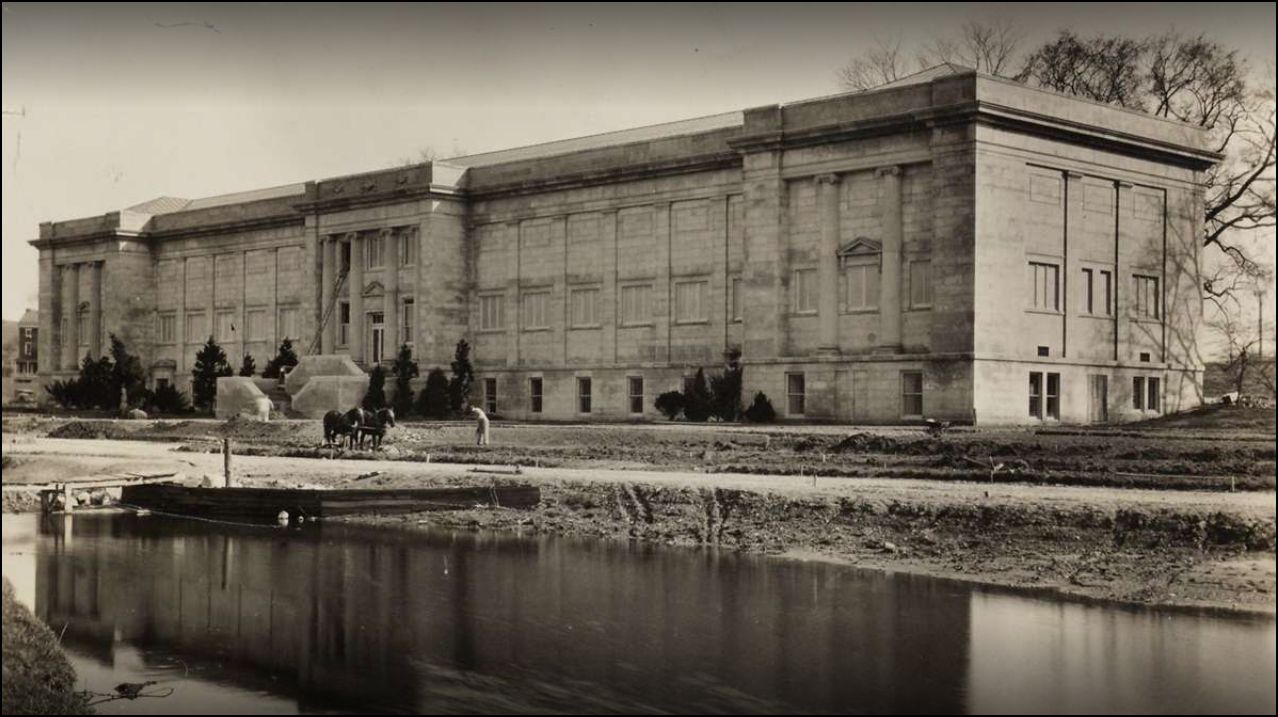 This map says it is just a “stone terrace”, but that tent-like structure is on it, and you can check that out of Google Street View: (Scroll down) https://www.readingpublicmuseum.org/downloads/arb_walk_tour_bro_rev2018.pdf

When built, the creek was dammed to form Mirror Lake, and where the current wall is now located would have been underwater. Early pic of the museum and no wall is present… 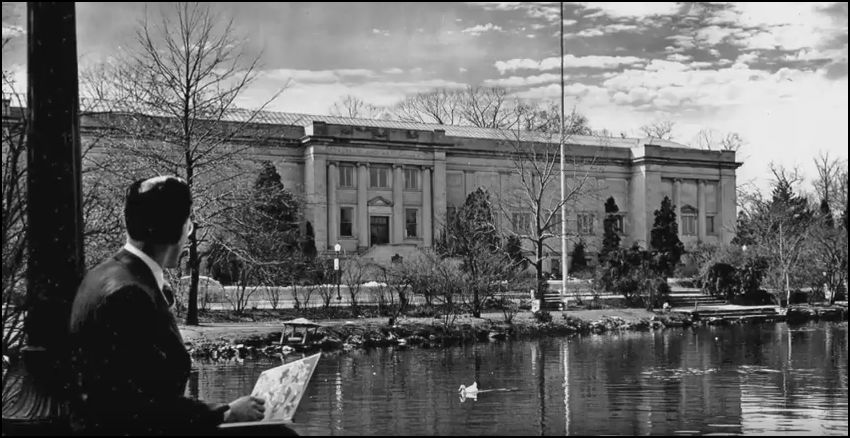 look at the top sides of the arch…..you can see the “windows” of the hospital in the arch…..so i think it was a double exposure

I see what you mean, but this was a photograph taken in the 1920s. It could be due to faulty developing or even a refection due to the light at the time. Even if it was a “double exposure”, does that answer Alexa’s question? What was the arch?