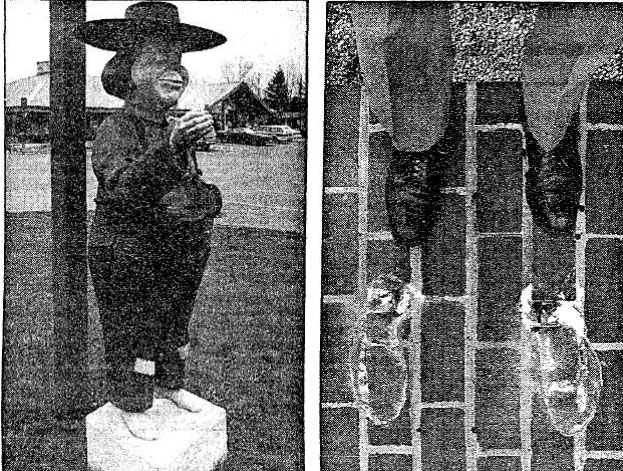 On this day, April 7th 1990 the Dempsey’s Dutch Boy statue was stolen from it’s location on the 5th Street Highway in Muhlenberg.

The 6-foot, 250-pound Dempsey’s Dutch boy statue outside the restaurant at Fifth Street Highway and Bellevue Avenue was lifted right out of its shoes about 3 a.m. Wednesday. The “victim”, however, apparently is not a dyed-in-the-wool Hollander, since his shoes are not wooden, police said. To make matters more confusing, the Dutch boy is made of plaster of Paris, according to officials.

Randy Ehrlich, manager at Dempsey’s, said a witness saw three or four individuals in their late teens of early 20s in a blue van. However, a police report stated that two men in a dark-colored pickup truck were seen. – Reading Eagle

[…] became of the fat dutch boy statue that stood outside right in front of the Dempsey’s sign? If you have any answers please email […]

Was there a dempseys statue on 9th street