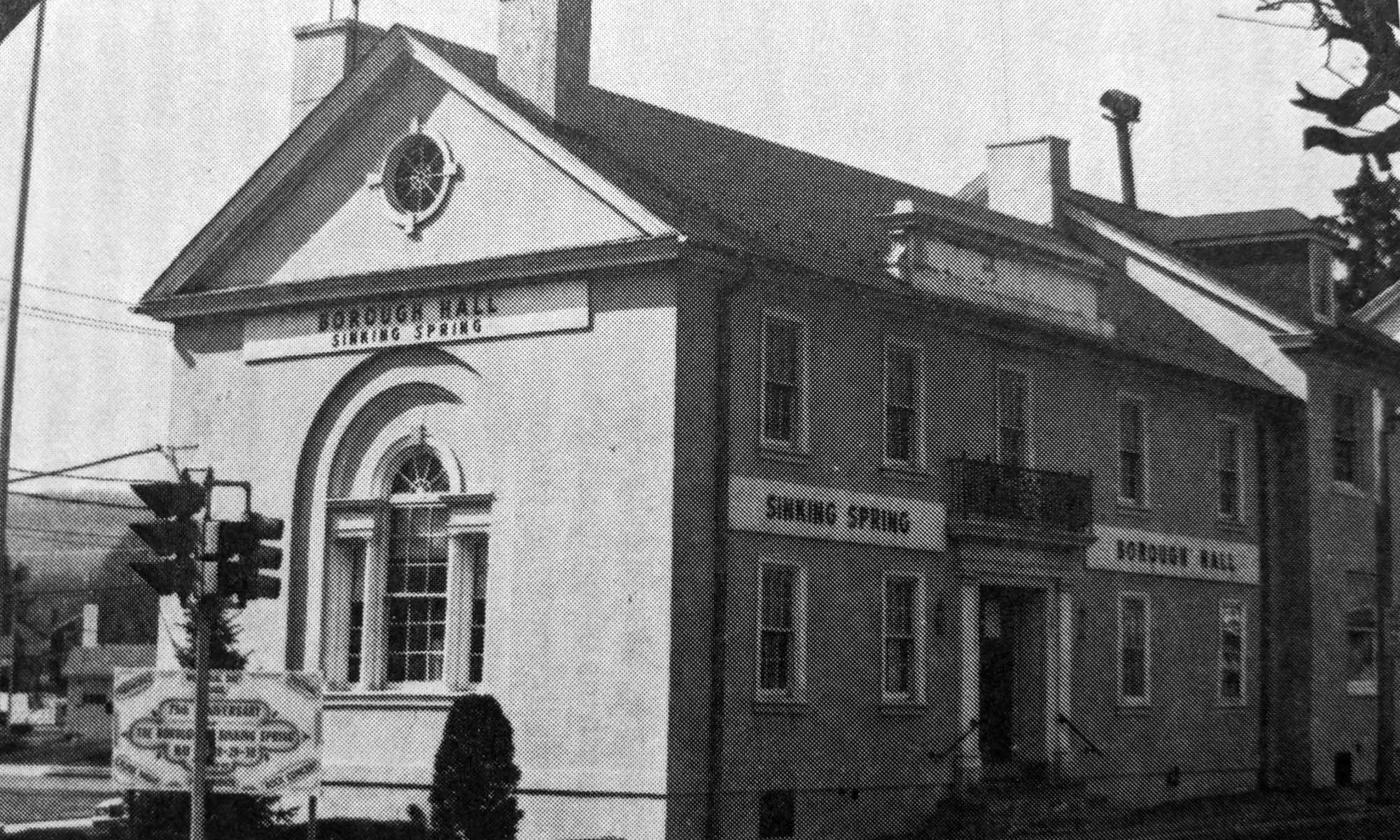 The borough then bought the building in 1963 from People’s Trust City Bank. The Sinking Spring Borough Hall was dedicated during the Borough’s 50th birthday celebration between June 16 -23, 1963. They purchased it for the intent of government operations and opened a library in it in 1965. The borough offices moved to its current spot at 3940 Penn in March 2003.

The old Borough Hall building was demolished in 2016 to make way for the BOSS 2020 revitalization project. BOSS 2020 determined that the chief impediment to economic growth in the business district was heavy vehicle traffic congestion caused by two major misaligned crossroad intersections in the borough’s core.* The strangely laid out intersections of Penn Ave / Columbia Ave and Penn Ave / route 724 / Mull Ave have long been a traffic nightmare that has plagued the area. Unfortunately many buildings along Penn Ave, including the Borough Hall building, have been a casualty as a result. The BOSS 2020 plan and committee was formed in 2008, and supposed to be completed by 2020, broken into four phases.

Phase 1 was the demolition and revitalization of the Boscov’s West / Kidsports Shopping Center area, which was completed in 2010. It briefly housed a Food Lion that went out of business after 14 months, and various smaller stores still in business. The Food Lion building is still vacant after almost a decade.

Phase 2 was supposed to realign the Penn Avenue / Columbia Avenue intersection and was scheduled for 2017 but it has not yet began. In January the borough council authorized bids to be placed on the construction of Phase 2. However PennDOT has effectively blocked any efforts to proceed by refusing to issue the permits needed. If the project is not completed by June 30, the borough could lose the grant money they were provided by the state. By late February PennDOT had denied the commitee’s plans for the project for the fourth time. It is unclear what the status of Phase 2 of BOSS 2020 is at this time.

Growing up in Sinky from 1969 until 1986 I was fortunate to only be summoned to the Borough Hall once. It was for a “raiding” incident on Cacoosing Ave. To this day we did not divulge who the real culprit was. This intersection was one of the reasons traffic was so horrible in Sinky. When this BOSS 2020 project is finally completed, I hope the traffic situation goes away. Unfortunately, another Sinky landmark is gone.

I remember going there as a little girl in the 1950’s with my mother to do her banking. I loved getting the lollipops they gave out.