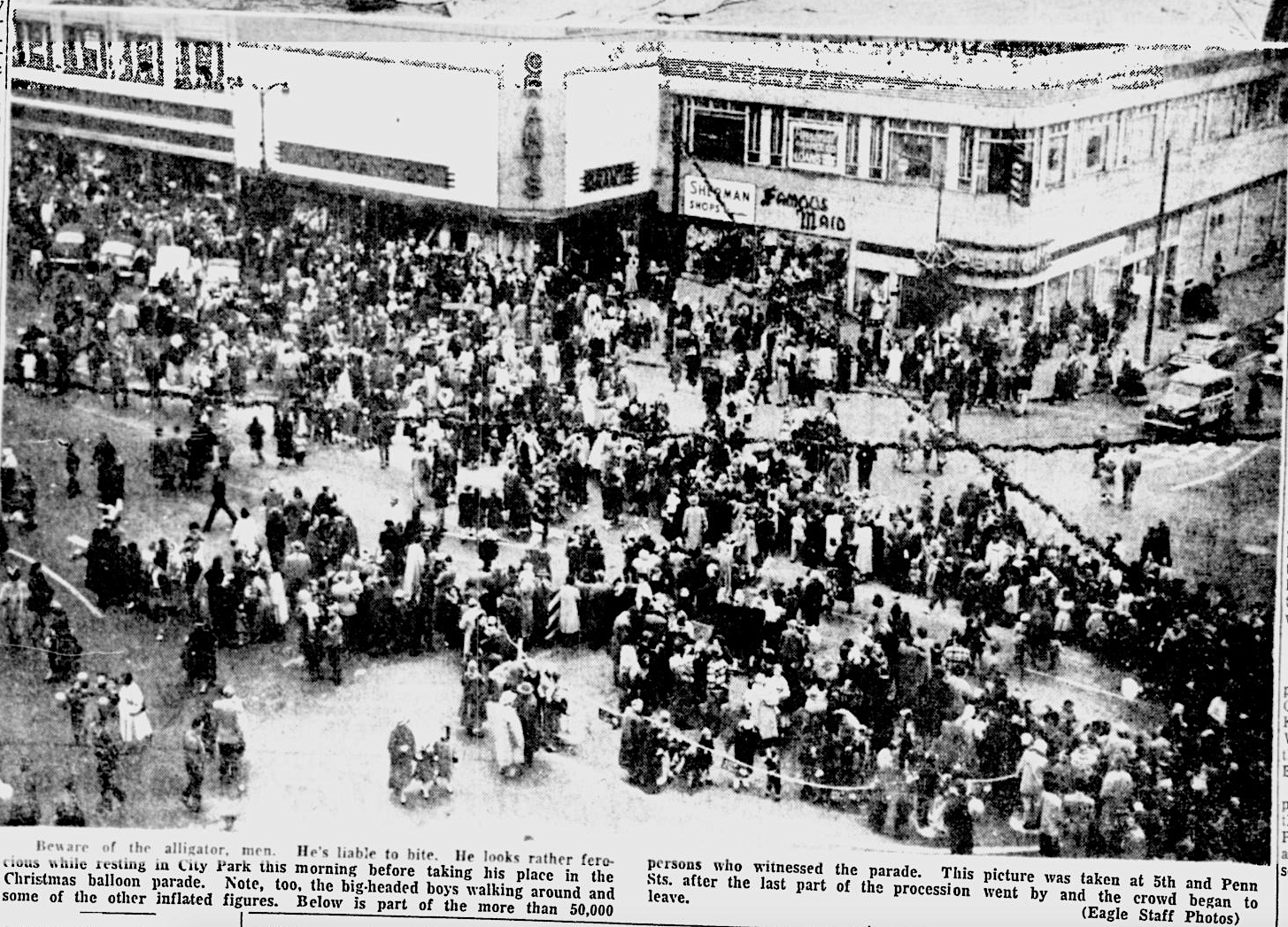 On this day, November 21st, 1953, over 50,000 gathered to watch the first ever Christmas balloon parade make its way down Penn Street in Reading. Public transportation was swamped, and it was reported that adults and children walked from as far as Wyomissing to see the spectacle.

The upper photo shows what City Park looked like prior to the Christmas balloon parade this morning. The bizarre creations were inflated during the night and the park resembled everything from a zoo to a railroad yard before the procession got under way. Below are three sailors in a boat drawn by clown-costumed Boy Scouts. This picture was taken at 7th and Penn Streets. (Eagle Staff Photos)

Beware of the alligator, men. He’s liable to bite. He looks rather ferocious while resting in City Park this morning before taking his place in the Christmas balloon parade. Note, too, the big-headed boys walking around and some of the other inflated figures. Below is part of the more than 50,000 persons who witnessed the parade. This picture was taken at 5th and Penn Streets after the last part of the procession went by and the crowd began to leave.

Here are two entries in this morning’s Christmas balloon parade on Penn street. In the top photo is jolly old Saint Nicholas himself on the person of Harold (Runt) Runyeon, who arrived on sleigh drawn by eight reindeer. Below is one of the longest balloons in the parade – a three-headed dragon.