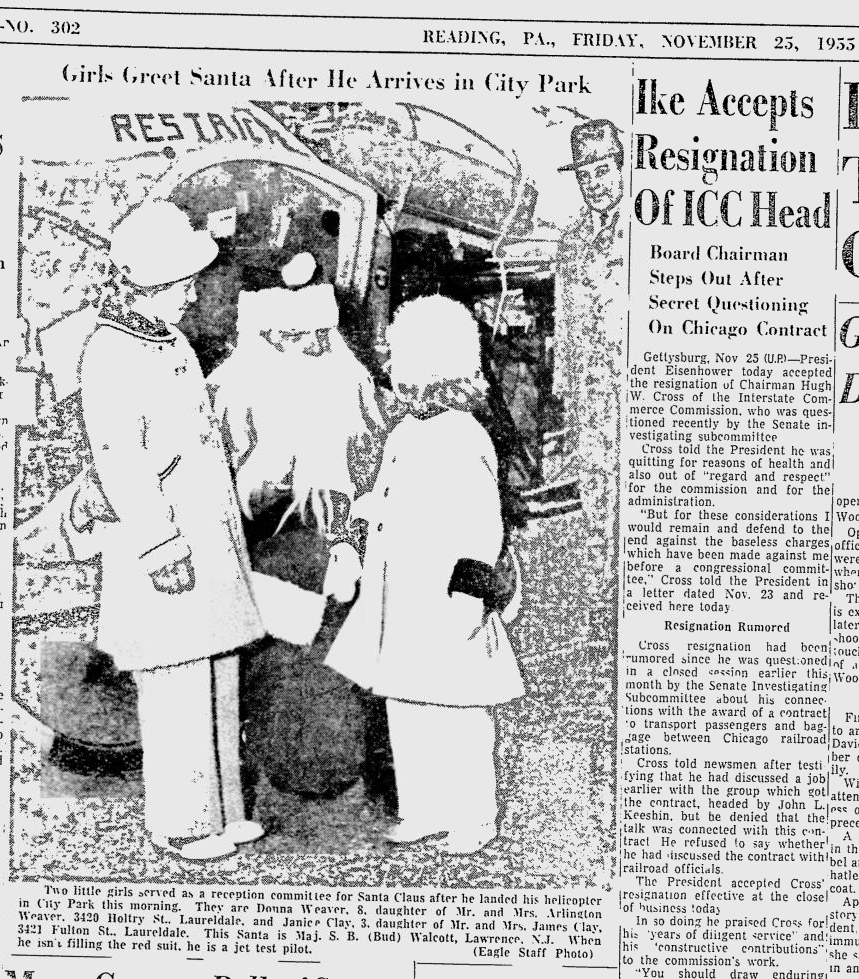 Happy Thanksgiving Berks Nostalgiacs! The holiday season is here, so here is a peek back to that time that Santa Claus flew a helicopter and landed it at City Park in Reading. It happened on this day, November 25th, 1955.

Two little girls served as a reception committee for Santa Claus after he landed his helicopter in City Park this morning. They are Donna Weaver, 8, daughter of Mr. and Mrs. Arlington Weaver, 3420 Holtry St., Laureldale, and Janice Clay, 3, daughter of Mr. and Mrs. James Clay. 3421 Fulton St., Laureldale. This Santa is Maj. S. B. (Bud) Walcott, Lawrence, NJ. When he isn’t filling the red suit he is a jet test pilot.

The event experienced some snafus when Santa experienced hazy weather and some main rotor issues which caused a delay in his arrival. He was initially due to land around 9:15 a.m., but flew over the park at 9:35 announcing that he would “be right back”. Around 9:50 word was radioed to the organizers that Santa had forgotten his red suit. Good thing there was a spare Santa waiting in a building at City Park. Yet, in the knick of time there was no need for spare Santa. As soon as they were about to get him ready the helicopter again came flying in from the west, with Major Santa at the controls. Turns out he didn’t forget his suit, he just hadn’t put it on yet due to planning to land at Reading Municipal Airport to change before he was delayed. The day was saved!