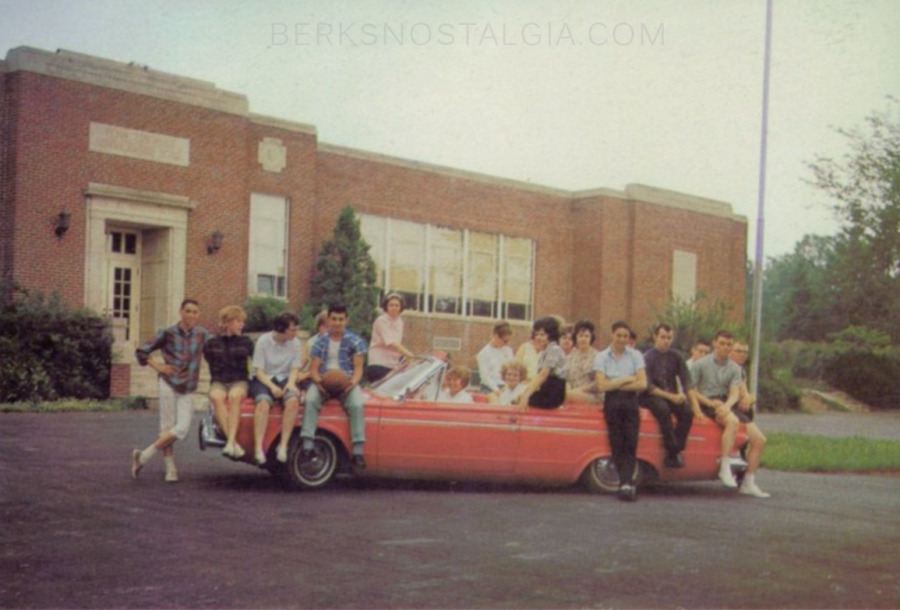 On Monday, September 2, 1907, the Bernville High School began its first classes. Many local schools established around the turn of the 20th century were the result of borough funds, but that is not the case for Bernville High. It was only introduced by an act of the state legislature appropriating money for township high schools to be established.

The students attended school on the second floor of the then-Reppert home (also later called Penn Building) and were taught by Mr. J. Paul Burkhart. The first graduating class held its commencement on Saturday, May 15th 1909; six boys and one girl graduated. This set-up continued until 1918, when the “Flu” epidemic postponed the opening of school until October 2nd. By then the high school occupied the entire Reppert house and another teacher was added.

In 1920-21, the high school moved to a new school building which later served as an elementary building. In 1922 the high school changed from a three-year to a four-year program.

In 1931, a new building was established at Shartlesville and Bernville Roads; the consolidation of areas occurred under the Penn Township Consolidated School. The high school would now be called Penn Township High School or just Penn High. It housed 7th-12th grades.

In 1949 the Penn Township and Bernville Borough formed the Penn-Bernville Union School District, which was the first in Berks County. A new elementary school was built onto the Penn Township Consolidated School building that already housed the secondary students. It opened in the fall of 1952. This put the entire educational system under one roof for one cohesive learning environment. From this point forward the high school would be called Penn-Bernville High School.

Ground was broken for a new addition in 1959 and completed by fall of 1960. New facilities included a brand new gym and a few classrooms.

In 1963, there was a merger between Penn-Bernville High and Bethel High. They would continue to operate academics in their own buildings for 2 more years, but their sports teams were combined to create the Tulpehocken Trojans.

Penn-Bernville High School graduated its last separate class of 34 students in June of 1965. It was replaced by the new Tulpehocken High School which opened its doors in August of 1965. Ground was broken for Tulpehocken High on March 28th, 1964 and it was finished roughly 9 months later. The building remained an elementary school after the high school students left its halls. Eventually the oldest section of the building was demolished in 2001 and a new facility was rebuilt. The 1960 addition was retained in the new build.

Today, Penn-Bernville Elementary School still sits on the site of the former high school building and is a part of the Tulpehocken Area School District.

Amazing, I love that pic of you guys sitting on that old car! It is about as Americana as it gets. Glad you enjoyed the article!