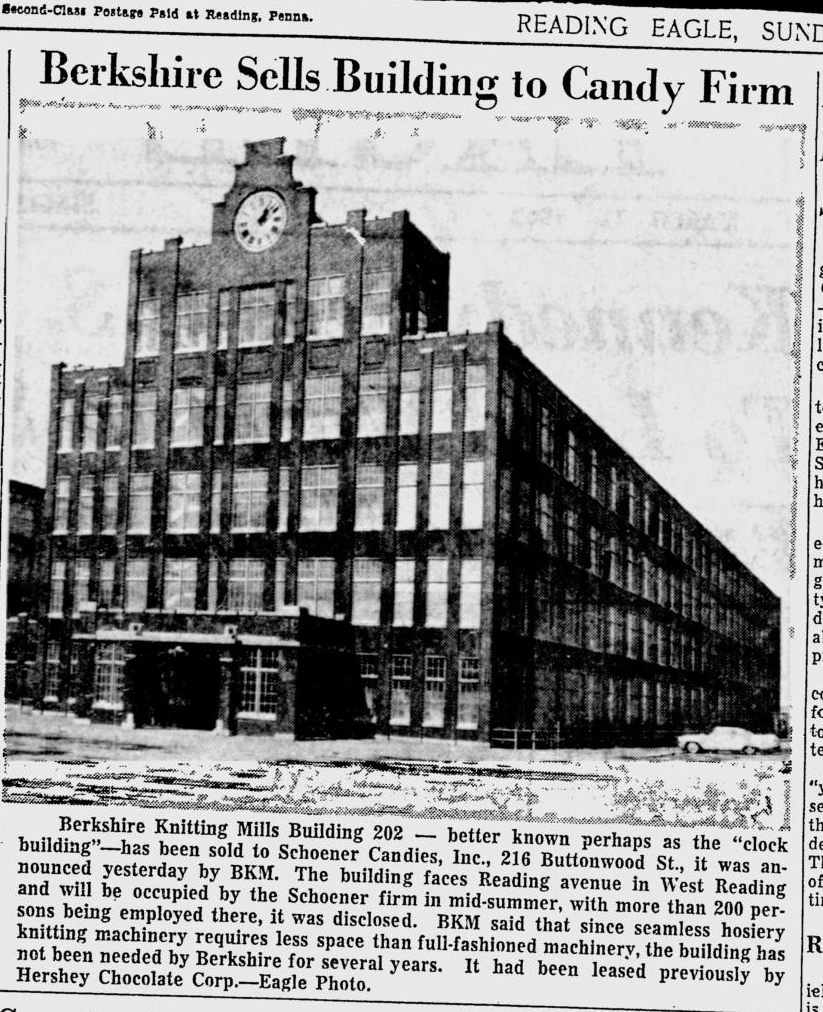 Berkshire Knitting Mills Building 202 – better known perhaps as the “clock building” – has been sold to Schoener Candies, Inc., 216 Buttonwood St., it was announced yesterday by BKM. The building faces Reading Avenue in West Reading and will be occupied by the Schoener firm in mid-summer, with more than 200 persons being employed there, it was disclosed. BKM said that since seamless hosiery knitting machinery requires less space than full-fashioned machinery, the building has not been needed by Berkshire for several years. It had been leased previously by Hershey Chocolate Corp – Eagle Photo

Mrs. Albert J. Lauter Jr. of Five Points, Reading, Den Mother to Den No. 5 of Mount Penn Pack No. 158, reviews a scouting achievement book with two of her Cubs, Daniel J. Essig, left, and Daniel F. Metzler. She is one of 630 housewives who serve as Den Mothers to 3,642 Cub Scouts in the city and county.

Al Paris gained national fame when footage of him directing traffic at 4th and Penn aired on Candid Camera on March 11th, 1962.