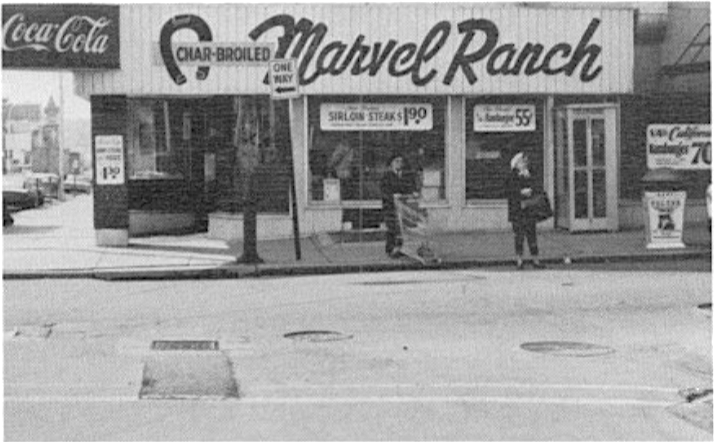 Marvel Ranch is a restaurant located on the northwest corner of 4th & Penn Street in Reading. It opened in 1959 as a breakfast and lunch joint where many Berks natives have enjoyed a hot meal for the past 60 years. The establishment has changed hands over the course of its existence, but the mantra has remained the same: “Come eat where we know your name”.

Many assume that the origins of the name “Marvel” stem from the meaning of the word; to be filled with wonder or astonishment. Their menu items may have that effect on one’s tastebuds, but it was actually originally named after Gus’s wife, Marvel Thomas.

The earlier picture reminds us, once again, of the aesthetic failures of “modernization”.

It has been two or three years since I have stopped in for breakfast. And, I considered doing so a few moths ago when I stayed at the Doubletree when our power was out. But, the “free” breakfast with my hotel reservation dissuaded me. Will make a point to visit them again! By the way do you know the name & history of the somewhat similar diner near the corner of S. 4th & Franklin? It is closed now for several years.

A Penn Street institution along with the Crystal Palace. Best burgers in town. It was also the backdrop of a Candid Camera segment featuring a Reading cop named Al Paris directing traffic.

I remember that Candid Camera show with Al Paris.

Nice bit of info. I remember wanting to eat there when I was a kid because of their 1/4 pound hamburger sign. Didn’t get the opportunity until later, but it has been a pretty good place to dine.

When I worked at the Reading Eagle I used to eat at the Marvel ranch almost every day! Absolute best burgers!!!!!