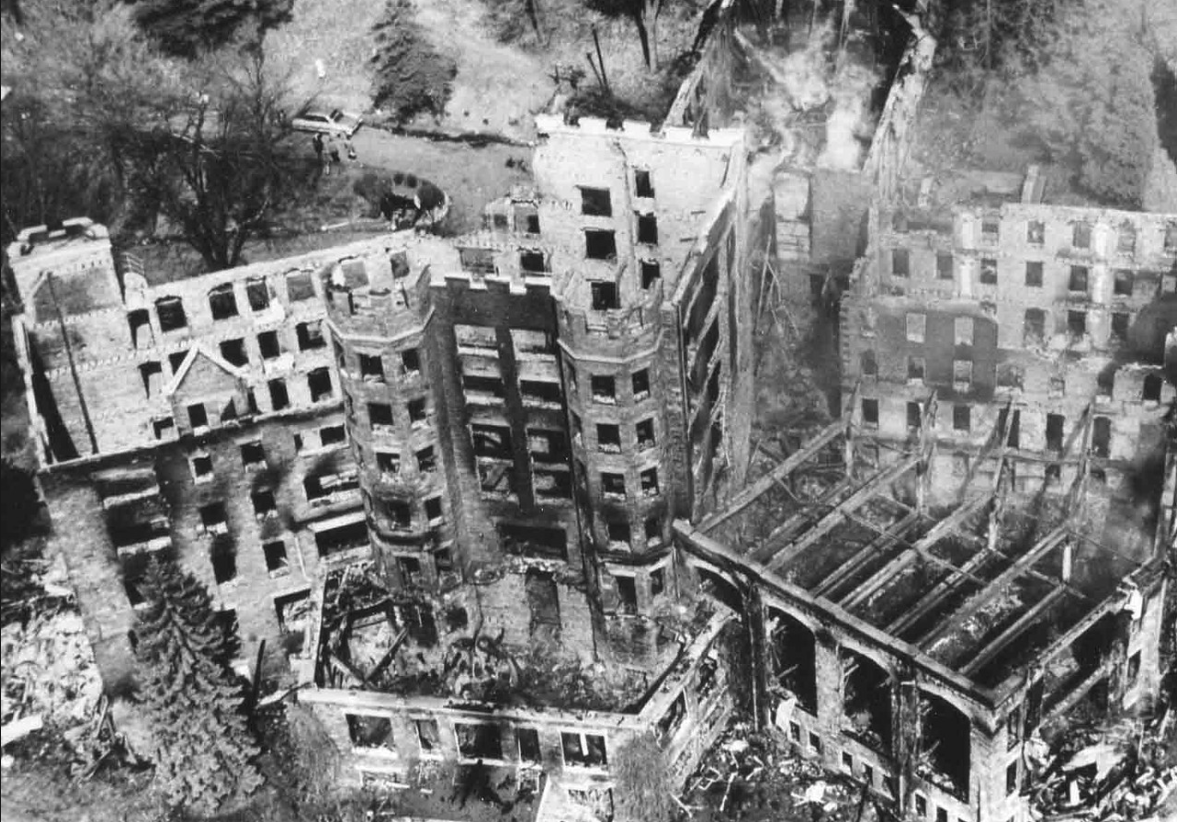 “People were building up there because of the mountain air and the pure spring water,” he said. “The water up there was of such high quality.“

Almost all of the resorts that once resided up on South Mountain began as health clubs.

In 1880, Dr. James Preston opened Preston Sunnyside, so named because it was built on the south side of the mountain, which gets the most sun.

The health resort went through a number of additions until it was sold to an Atlantic City, N.J., development company called Galen Hall in 1911.

It also opened a golf course, which became one of the main attractions to high-profile visitors.

Back before air travel became common, mountain destinations such as the Poconos, the Catskills and Berks County’s South Mountain were getaways for people who could afford to travel.

Trains ran into Wernersville, where drivers would take the guests to the mountains. In the 1920s and 1930s, Galen Hall enjoyed its heyday.

“In those early years, the resort was for people living outside the area,” Miller said. “The local people only worked there.”

But the fun came to a fiery halt on Palm Sunday 1963, when a blaze destroyed the hotel. The structure was leveled and never rebuilt.

Over the years, the surviving property, which includes the golf course and restaurant, has changed hands several times.

And they remain the last reminders of the halcyon days of South Mountain.

On Easter Sunday, April 7th 1963 the Galen Hall Resort went up in flames. Residents all over the South Mountain area and beyond could see the blaze light up the mountain from miles away. 20 fire departments responded to the call that night to put the massive building out. The building was gutted and the cause of the fire was suspected arson. No arsonists were ever caught or charged in the destruction. The damage was estimated to be $2.5 million. Conveniently, no guests were staying in the hotel that night, as repairs and renovations were being made to the building.

Ruins of the foundation of the building can still be found where it once stood, and chalets that once belonged to the property are now private residences around it.

Top picture reminds me of Disney’s Tower of Terror!

I worked there in 1958 and 59 . It was like dirty dancing. I loved it there. We were a bunch of college kids and worked breakfast, lunch and dinner.. That was in the summers. When I heard it burned down it was very upsetting. I waited on Mr. Burock and whoever he had as guests. One was Morey Amsterdam, many more. Many celebrities came there .