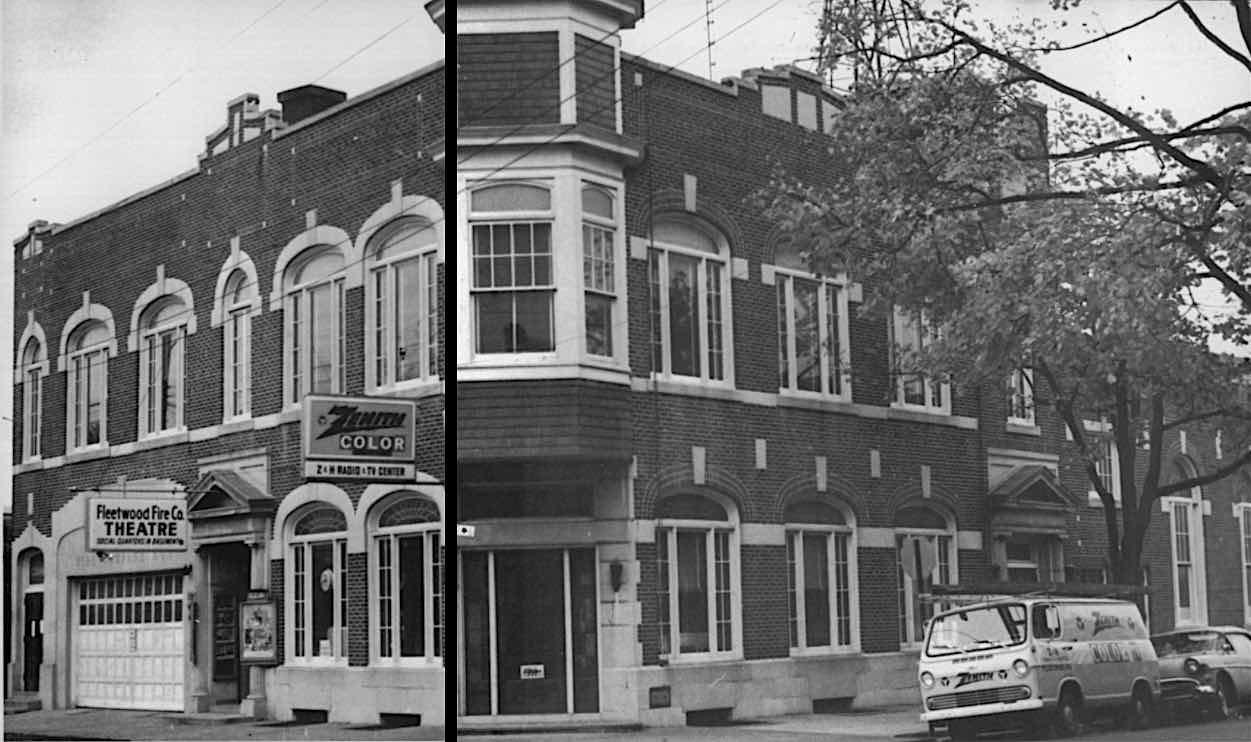 The building pictured above at Franklin and Washington Streets in Fleetwood in 1966 served as the Fleetwood Fire Company’s station and social quarters since it was erected in 1928. It was built at the cost of $65,000. The auditorium was used as a theatre, at least in the 60s and showed films for the community. It was also at one time home to the police department, borough council chambers, and bowling alley. Fleetwood Fire Co outgrew this building by the late 1970s and built a new fire station in 1981. The new building is further down Washington Street at the intersection with N. Chestnut St. The Fleetwood Fire Company Social Club currently owns and utilizes this building.

One Reply to “Fleetwood Fire Company – Then & Now”