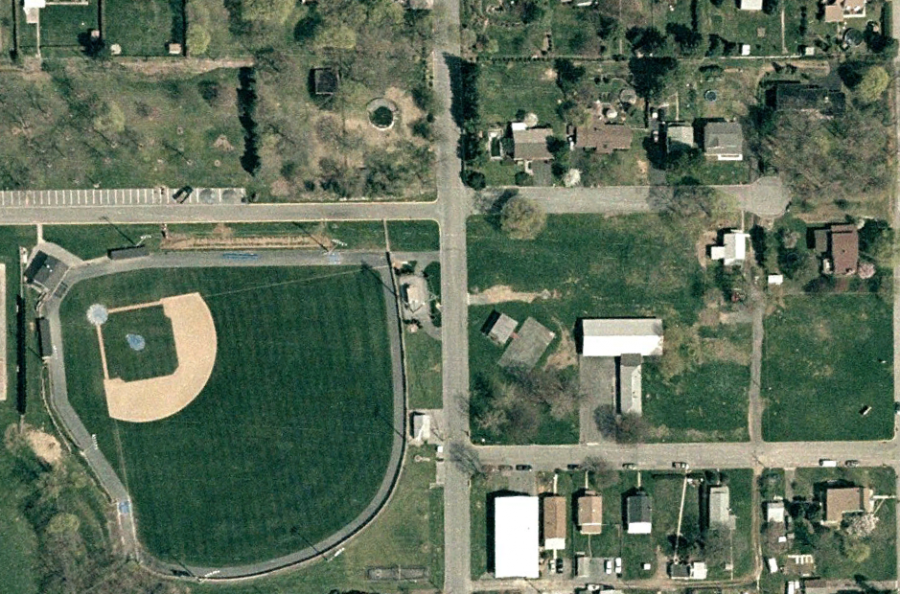 The Apple Dumpling Festival dates back to the summer of 1953. It actually came to be as a merging of two events; Spring Township’s 5-day community summer fair and the West Lawn Owls Baseball Club 2-day fundraising event. The Owls raised money for their club by selling Apple Dumplings and playing modest games like bingo. It was beneficial for both organizations to combine the two events into an even larger event, and thus the Festival was born at Owls Grove.

Since the merger, the festival was held at Owls Grove in West Wyomissing for 50 years. The festival prepared around 20,000 apple dumplings for consumption and drew roughly 18,000 people by it’s final years at Owls Grove.

In 2003, the Owls Sports Club decided to put the Grove up for sale. It was a quiet sale, as there were never any signs put out, but apparently a potential buyer contacted the club about the property. According to a July 27th, 2003 Reading Eagle article,

“Nothing is set in stone, but there is a potential buyer,” Owls president and Spring Township Supervisor Jay W. Vaughan said.

The Spring Township parks and recreation department co-sponsors the festival. This year, the festival was held from June 19 to 22.

Vaughan said the club has had a hard time finding volunteers to maintain the land. With an interested buyer, who will remain undisclosed until the deal is finalized, selling it seems logical, Vaughan said.

Two months later in September, it was announced that Spring Township was the potential buyer and indeed purchased the land for $350,000. They had plans for a fire station on the property. The stage, numerous pavilions and other grove buildings were razed.

A New Life for the Apple Dumpling Festival

Patrick Konopelski, owner of Willow Glen Park and Konopelski Catering, saw the above article about the discontinuation of the Apple Dumpling Festival. He contacted Spring Township Parks and Recreation about continuing the festival at Willow Glen, also in Spring Township. The Apple Dumpling Festival was largely a volunteer-based event at Owls Grove, and it seems those running it were burnt out and ready for a break. Thanks to Patrick, the event was able to be carried on.

The Apple Dumpling Festival relocated to Willow Glen Park (first known as Socialist Park) the following summer, without skipping a beat. One of the problems at Owls Grove was parking, which was minimal and mostly on-street. This problem that was immediately solved by moving to Willow Glen, which has room for 1000 vehicles. Bathroom and other event infrastructure was also already in place, so the transition was fairly seamless.

According to Patrick, the goal is to have a “hometown feel” fair and pageant; one that is low pressure and a fun experience for the girls competing in it. The winners get to be in parades for the entire year following their title. There is also a scholarship program set up in Patrick’s father’s name, Francis Konopelski, for the winning Miss and Teen Apple Dumplings.

In its 67th year, the fair and pageant have now touched generations. Mothers, Aunts and even Grandmothers who were once crowned Little Miss or Miss Apple Dumpling themselves come out to support their daughters, nieces and granddaughters in the competition.

Big Thanks to Patrick Konopelski for his contributions to this article

If anyone has images of the Apple Dumpling Festival when it was located at Owls Grove I would love to add them to this article: [email protected]