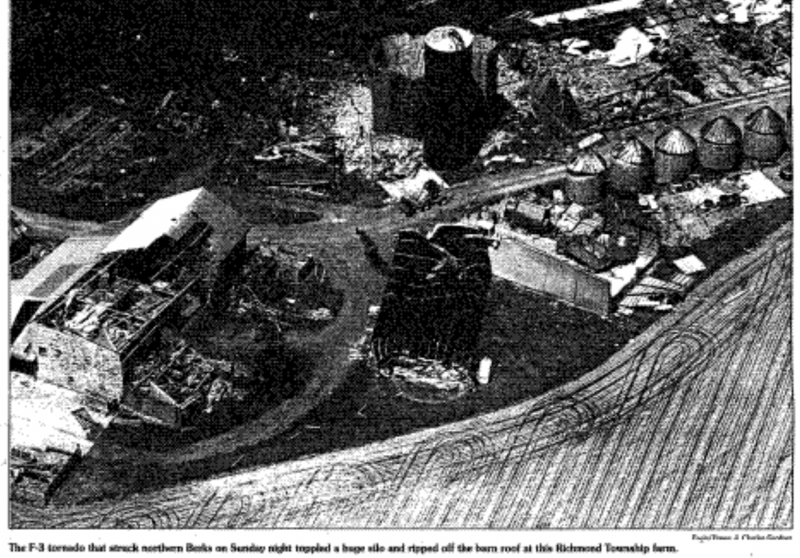 On May 31st 1998, an F3 tornado went through Lyons, PA and caused much destruction. Luckily, no lives were lost as a result of it, but many resident’s properties were heavily damaged.

The tornado caused roughly $1,400,000 worth of damage to local homes and properties around Lyons. The town was closed off for nearly a month to all non-residents save for construction teams and the Red Cross. –Wikipedia

An F-3 tornado that struck northern Berks on Sunday night toppled a huge silo and ripped off the barn roof at this Richmond Township farm.

I was traveling north on US 222 that evening, Reading to my home in Kutztown. I drove through Kirbyville (9 pm approx.) about 15 minutes before the storm crossed 222 going in a northeastern direction. Mostly farm land but several buildings and clumps of trees were taken out on the path to Lyons. Much of the town was virtually flattened and the storm continued following the road to Topton when it finally weakened. This storm was very powerful. Anyone in its path was in grave danger. Miracle that more people weren’t seriously injured or killed