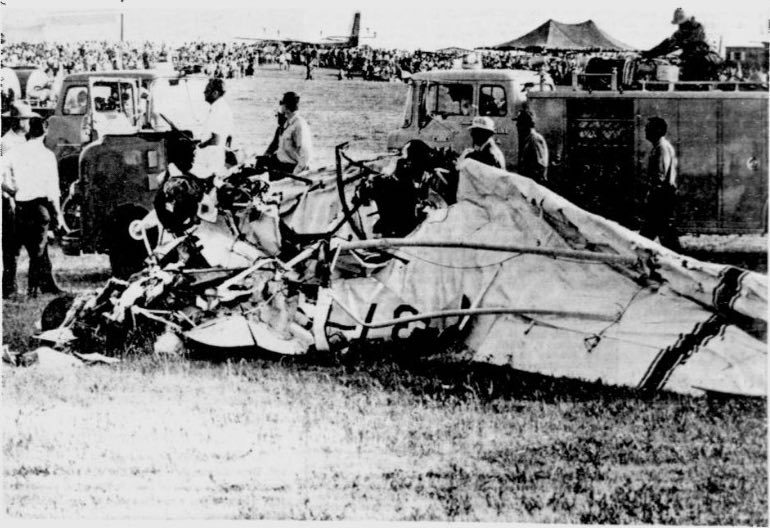 On Wednesday, June 5th, 1969 the Reading Air Show was at the Reading Municipal Airport. Shortly after 6:30 pm, Capt. Richard Schram was performing a routine he had done for 23 years involving him pretending to be a professor who high-jacks a plane without knowing how to fly it. A few minutes into the routine he lost control of the aircraft which was in a nosedive.… Read Full Article 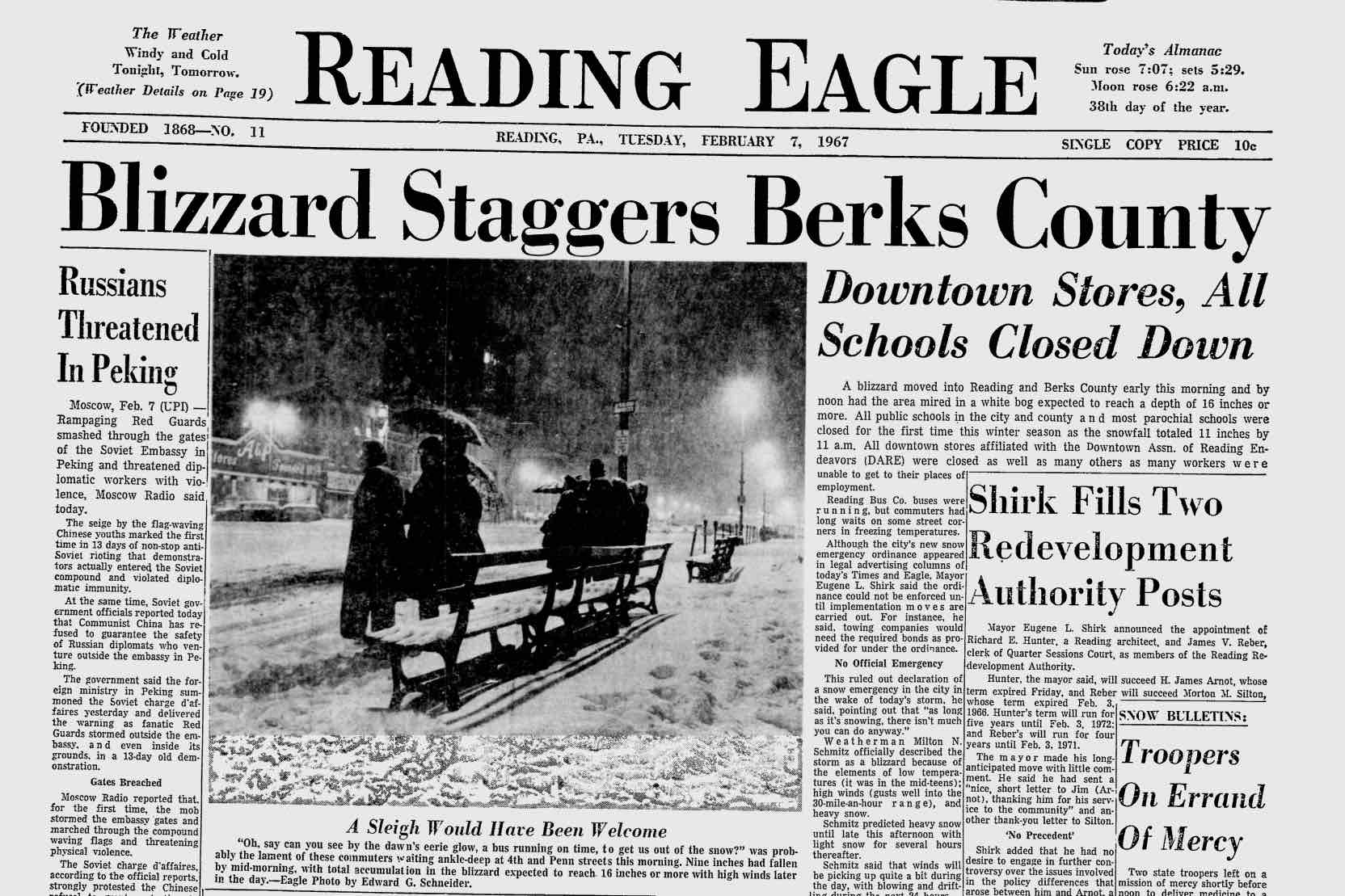 16 inches of snow dumps on Berks, closing schools across the county. 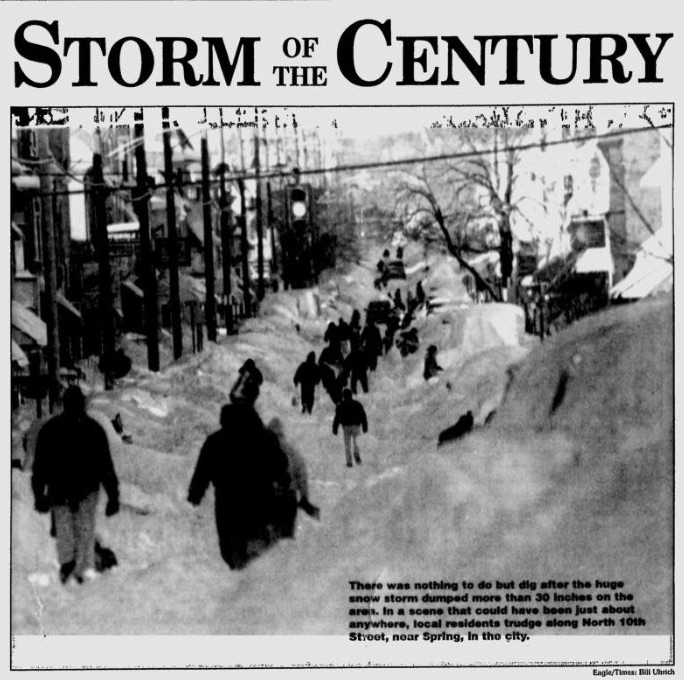 A quarter century ago this week we were hit with the biggest blizzard on record for the area. Snow started falling on January 6th 1996 and stopped on the 8th. Parts of Berks County recorded 34 inches of snow, but the raging winds caused major drifts which made the snow pile up to 100 inches high in certain areas. The weight of the snow proved to be a problem on rooves as there were many collapses in commercial and residential buildings alike.… Read Full Article

While Christmas is behind us for another year, the snow-covered scene of Penn Square Friday afternoon brought to mind memories of the old Bing Crosby standard. Although shoppers were scarce due to driving conditions, the view they missed was worth a lot.… Read Full Article

Ted’s Soft Ice Cream was in operation between 1960-1976 in Blandon. It was owned by Theodore and Grace Hughes. After closing up the ice cream shop in 1976 they went on to operate a business called Ted’s Soft Pretzel’s. Unfortunately Theodore passed in 1982 and Grace ran the business until retiring in 1986. Do you remember Ted’s Ice Cream or Soft Pretzel’s?… Read Full Article