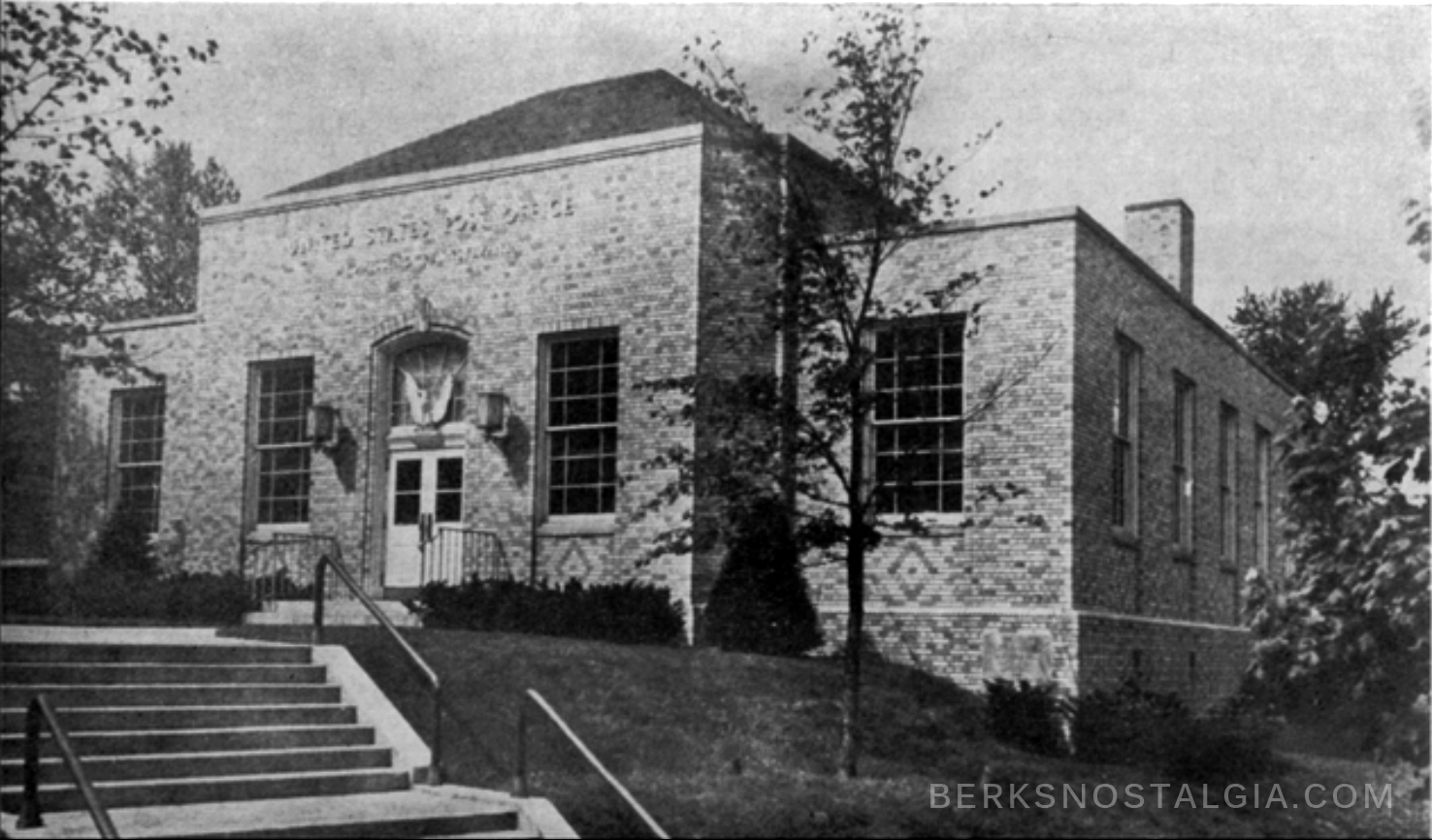 At about 9:50 p.m. on Tuesday February 20th 1979 a gas leak caused the Wyomissing post office to explode. UGI workers were searching for the leak at the time, and luckily no workers were present in the building when the incident occurred. One witness said he had just dropped a letter in the mailbox out front of the building and was driving away as it exploded, which sent a brick of the building through his windshield.

Homeowners in the general area were evacuated from their homes. There was no gas running to the post office itself, but the gas line underneath Penn Avenue that ran in front of the building was found to be leaking. It was suspected that the gas seeped into the building. The exact time of the explosion was able to be determined from a clock that was found in the rubble of the Wyomissing Post Office. It had stopped at exactly 9:50 p.m.

The original Wyomissing Post Office had been built in 1940 at at cost of $85k. Its opulence was a testament to the booming textile industry of that time, in which the area was founded and built upon. It was determined that because the building was so well built debris didn’t fly as far as it could have. Amazingly, besides a few broken windows, no other homes or buildings nearby had significant damage. Even the mailboxes along the road out front remained intact.

And I believe the eagle in the front of that post office remained intact as well. That eagle graces the new post office built to replace the old one.