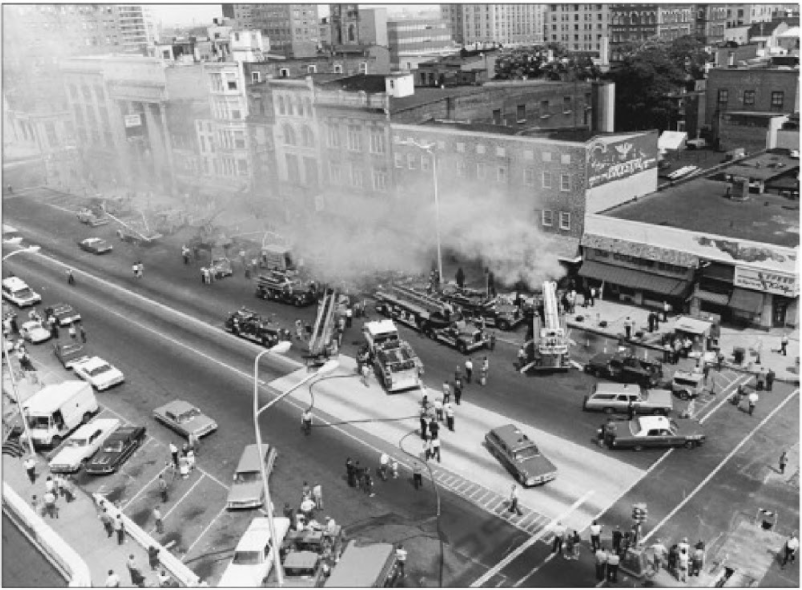 Opened in 1911, The Crystal Restaurant was once one of Reading’s most popular dining establishments. It was opened by Greek immigrant Constantine Mantis. On June 10, 1970 a fire broke out in the Crystal Restaurant due to an electrician who caused an electrical dead-short at the main breaker panel in the basement. It was revamped and run for another 10 years until it was sold by the Mantis family in 1980, and was completely destroyed by another fire a February 26th, 1981. “Life was a ball at the Crystal” Reading Eagle Article

Been there many times

Had my Bar Mitzvah celebration there

I remember, as a young child, loving to go to the Crystal for dinner with my parents because after dinner I would be able to pick a toy out of the restaurant’s ‘toy box’. Great memories!

I worked there in the mid 60’s ,Don Shain

We went to the Crystal in June 1967 while on our honeymoon.

Paul’s Clothing Store had a banquet there for the staff, after their Semi-annual sales. My only time.

The Crystal was the sort of “downtown businessman’s” restaurant. My grandfather had a furniture store a block east, in the 600 block of Penn St., and the legend is that if you wanted to see him, you went to the Crystal at lunchtime. I had lunch there occasionally in the summer of (I think) 1974 when I was working maybe a mile away and would ride my bike there (we didn’t have enough cars in my family for me to take a car to work). My cousin Janet Markowitz had her Bat Mitzvah there too, Jess. (And assuming I have the right family, I was playing bridge against your Mom until COVID.) Yes Bob, I remember the toy basket too, it was a wicker picnic basket I think It was the closest thing to passing for fine dining in Reading.