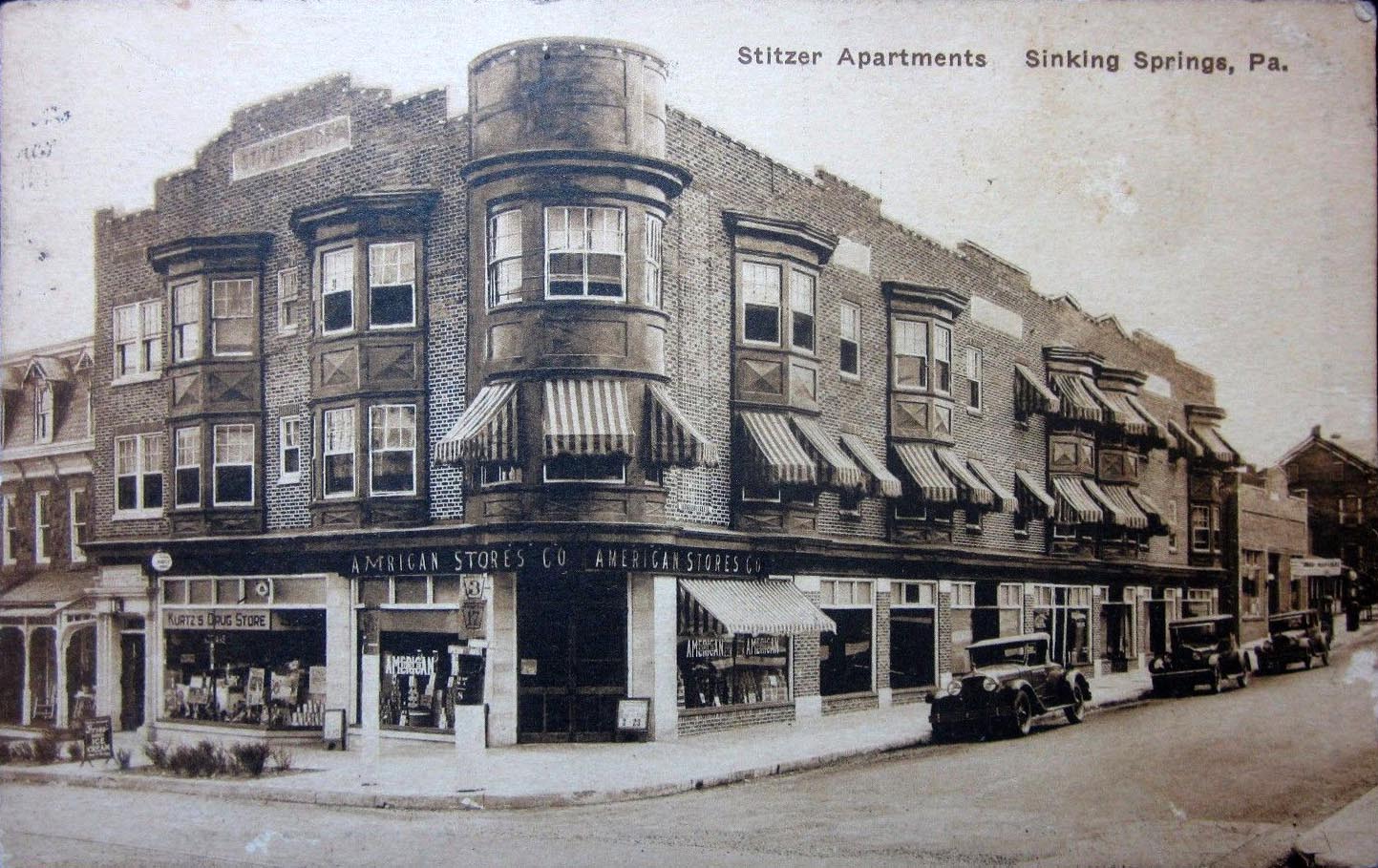 Almost a year ago I did a then and now post on the Stitzer Apartments, located at the corner Penn Ave & Woodrow Ave. The building still exists and looks almost exactly the same, yet many stores have come and gone since the photo above was taken. Many seemed to remember Kurtz’s Drug Store/Pharmacy back from the 40s and 50s. If you click on the picture to enlarge it you can see that Kurtz’s Drug Store occupied the Penn Ave facing store space all the way on the front left of the building. I found a picture of the inside of the drug store as it appeared in 1954 below. 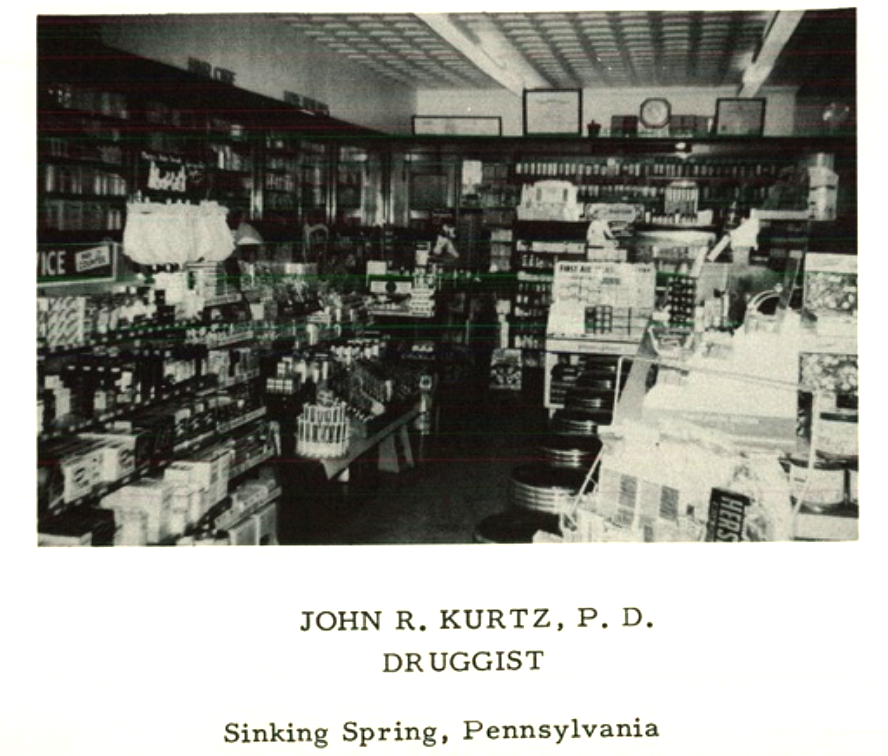 I am not certain the approximate dates in which Kurtz’s Drug store operated here, besides that the Sinking Spring Borough history has it listed as opening circa 1925. If you know, or have any other fun facts about it please leave a comment.

I was born in 1960 and I remember going there many times for medical equipment so I know it was still at that location well into the early 70’s. It then changed locations up a block or two to what is now a tuxedo rental place.

Yes, one block up, next to the post office and is now 50/50 Tuxedo. I spent way too much allowance money on candy bars, baseball cards, and on the video game they’d have in there (donkey kong, zaxxon, and ms. pac man)

My grandfather, John Kurtz, owned this store until his death in the early 70’s. My father, Robert Kurtz, moved the store half a block west to the previous site of John Kurtz’s home. I remember working at the original store as a teenager. Boxes that were delivered to the store were slid down a plank to the basement for storage. The store included a soda fountain.
Later, my father expanded the business to include about 8 or 9 other stores from Womelsdorf to Adams County. At one time Kurtz Pharmacy was the largest independent drug store in Pennsylvania.

Hi Geoff, I never was in your grandfather’s establishment but I have a momentum from what I believe is the early days. It is a green glass bottle with a label that says Kurtz’s Sinking Spring Brand Crystal’s.
Tha label is still readable and the bottle is in perfect condition. Are you interested in having it?

Thanks for your comment and information. I do have some interest in the bottle. How did you obtain it?
Where do you live? Can I pick it up from you sometime? I live in Lititz, Lancaster County. If my email is not shown on this website, reply to this message and ask for my email.

Hi Geoff,
I have had it over 20 years! I am not certain but believe I got it at an antique fair in the Hamptons. (New York) I don’t live in your area. Your email doesn’t appear here. What is your email?

Kaffee
My email is [email protected]. Can you attach a picture of the bottle to an email? Thanks.
Geoff