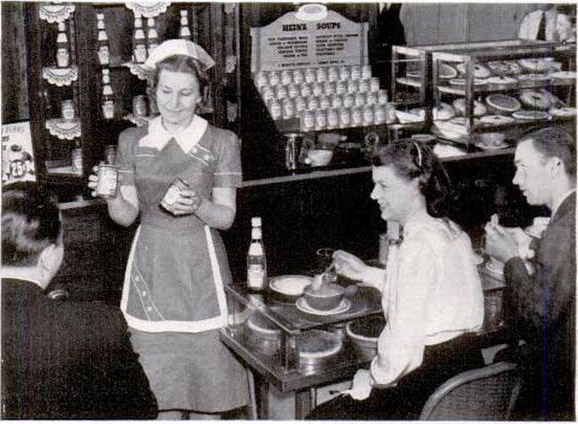 A reader wrote to me about Brown’s Diner (Later changed to “Restaurant”) that sat at the bottom of the hill, on the curve of Penn Avenue, just before the Penn Street Bridge. Currently, it would have stood where the interchange to the 422 bypass is now standing, and would have been demolished to make way for that in the early 70s. Below is an approximate location of the building within the red box, though this image may be dated from before the diner was around.

Brown’s Diner was featured in Life Magazine’s June 1942 edition on diners being the new “National Habit” of the time. Apparently Brown’s was known for their use of Heinz Ketchup, according to the article and the matchbook shown below.

If you have any images of Brown’s Diner / Restaurant I have readers who would love to see them! Feel free to send them over to [email protected]

Thanks for posting this. I am not certain about the “restaurant” designation later on, but I think so. Also, when I knew the place in the late 1950s/early 1960’s, it was known for its “Broasted Chicken”. There was a large sign about this as you approached the diner/restaurant. I only ate there several times. The place was popular with neighbors, the Jacob Ruth family in Wyomissing.