This is what Christmas looked like in the December 25th,  1960 Reading Eagle. 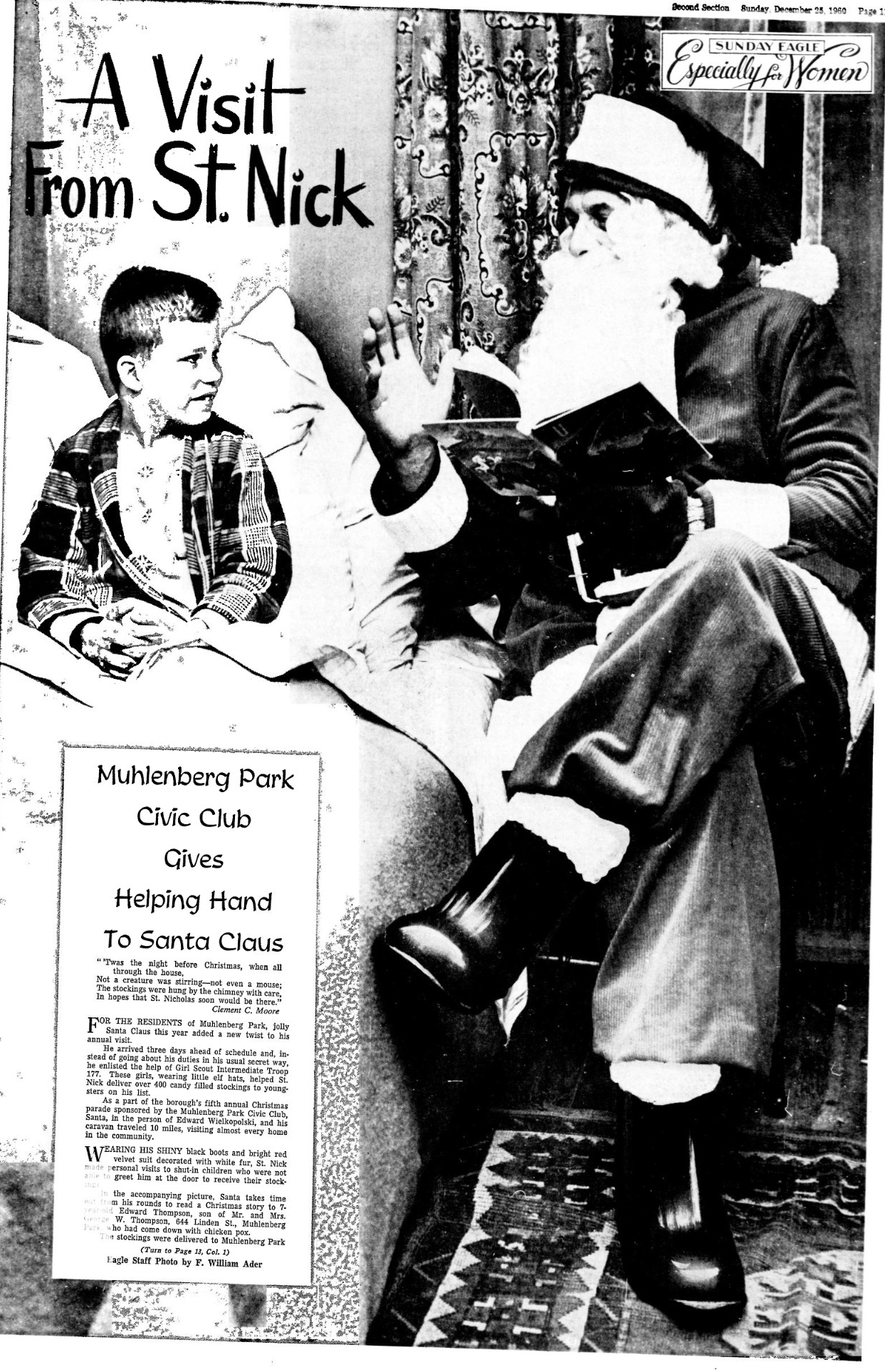 For the residents of Muhlenberg Park, jolly Santa Claus this year added a new twist to his visit. He arrived three days ahead of schedule and, instead of going about his duties in his usual secret way, he enlisted the help of Girl Scout Intermediate Troop 177. These girls, wearing little elf hats, helped St. Nick deliver over 400 candy-filled stockings to youngsters on the list. As a part of the borough’s fifth annual Christmas parade sponsored by the Muhlenberg Park Civic Club, Santa, in the person of Edward Wielkopolski, and his caravan traveled 10 miles, visiting almost every home in the community.

Wearing his shiny black boots and bright red velvet suit decorated with white fur, St. Nick made personal visits to shut-in children who were not able to greet him at the door to receive their stocking. In the accompanying picture, Santa takes time out from his rounds to read a Christmas story to 7-year-old Edward Thompson, son of Mr. and Mrs. George W. Thompson, 644 Linden St., Muhlenberg Park, who had come down with the chicken pox. 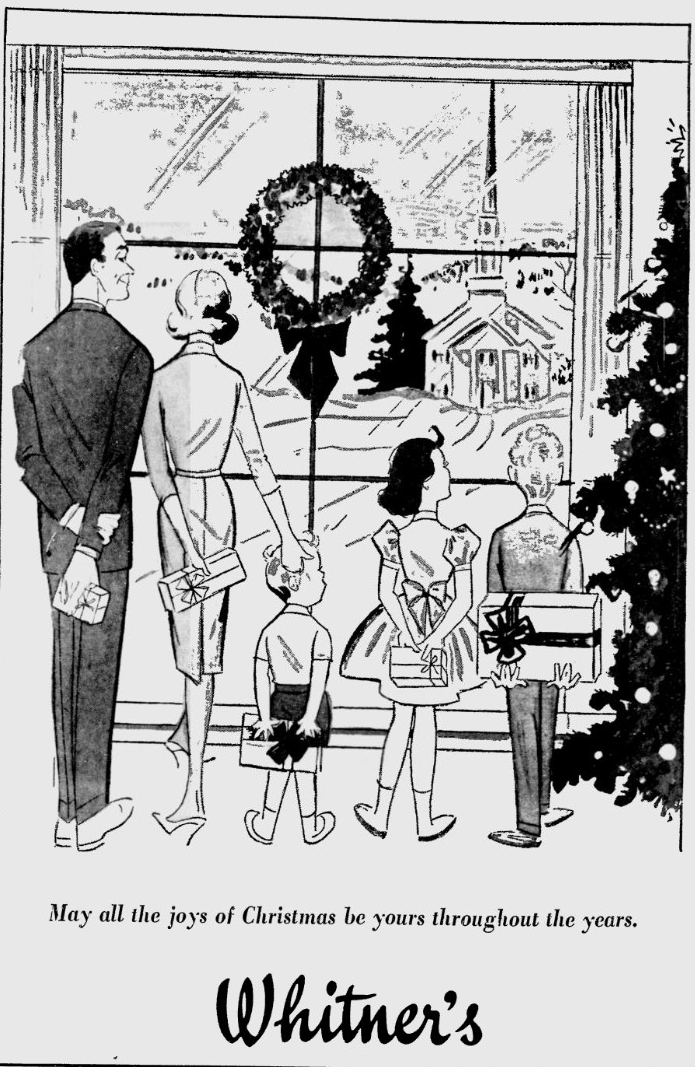 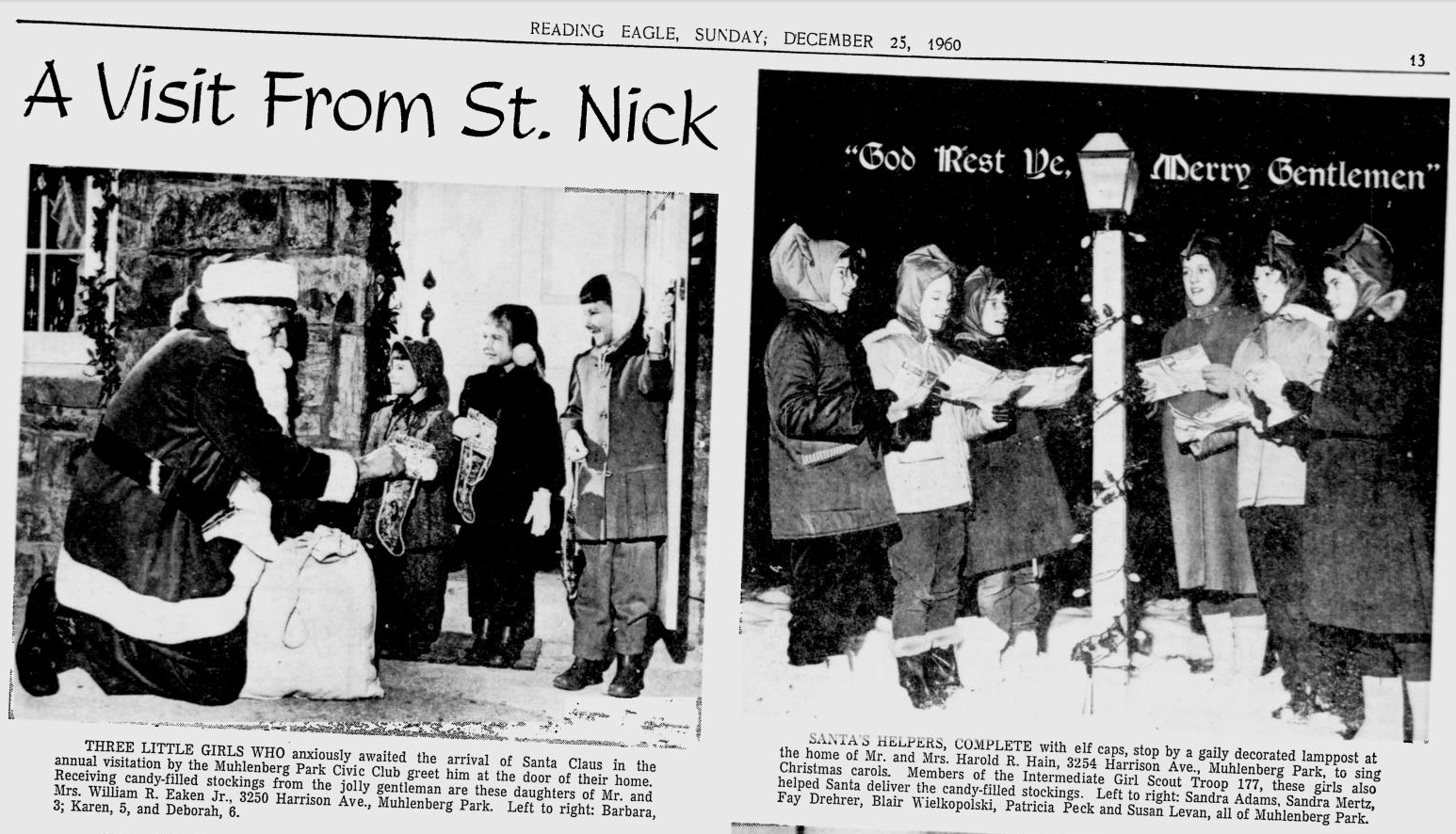 (Left) Three little girls who anxiously awaited the arrival of Santa Claus in the annual visitation by the Muhlenberg Park Civil Club greet him at the door of their home. Receiving candy-filled stockings from the jolly gentleman are these daughters daughters of Mr. and Mrs. William R. Eaken Jr., 3250 Harrison Ave., Muhlenberg Park, Left to right: Barbara, 3; Karen, 5; and Deborah, 6. 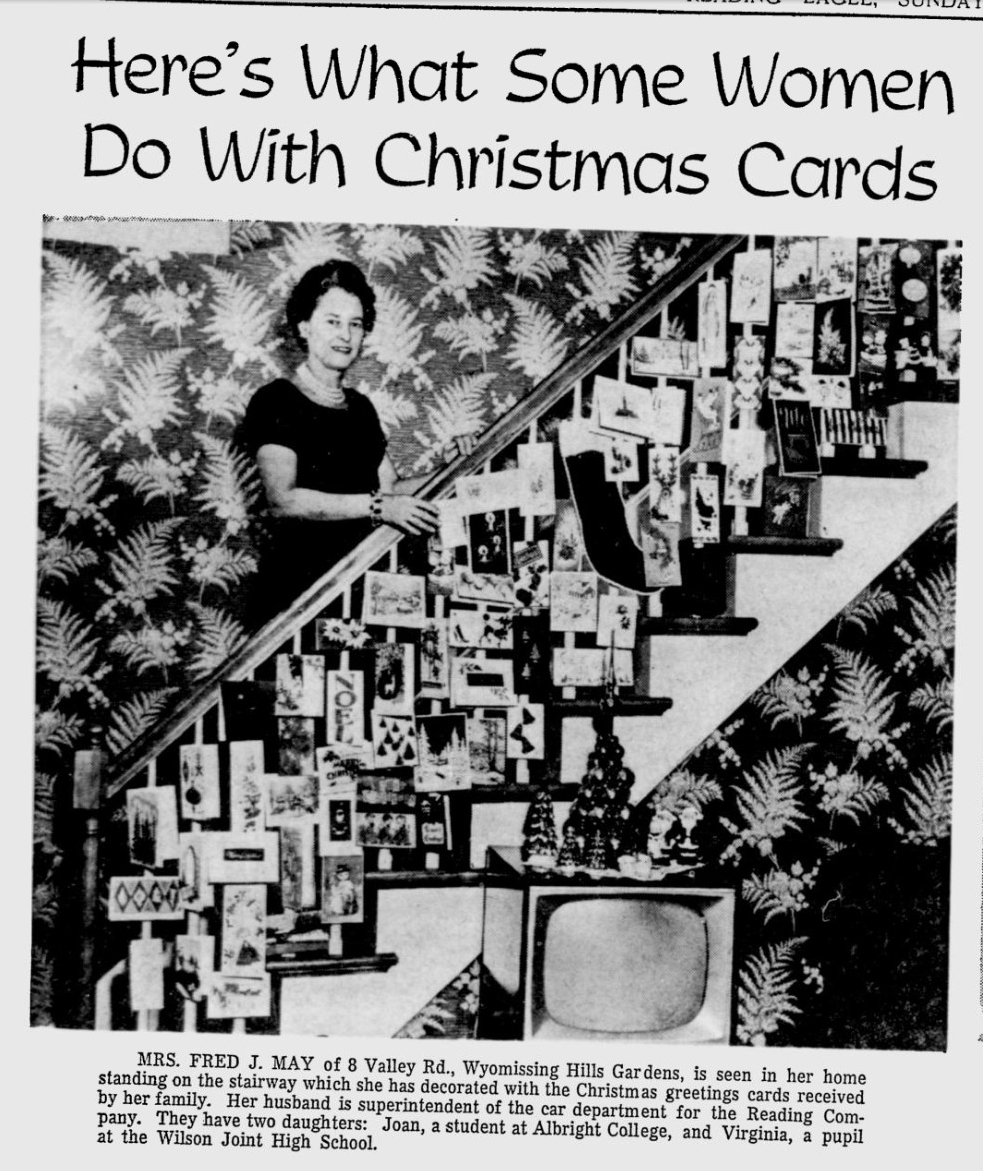 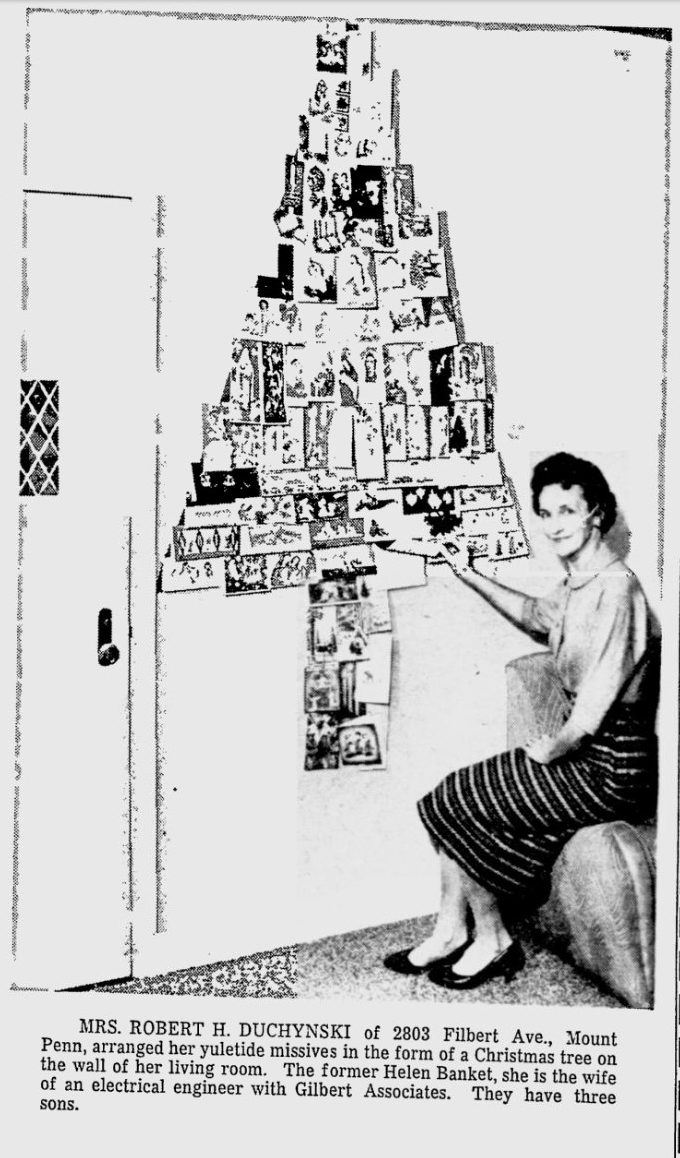 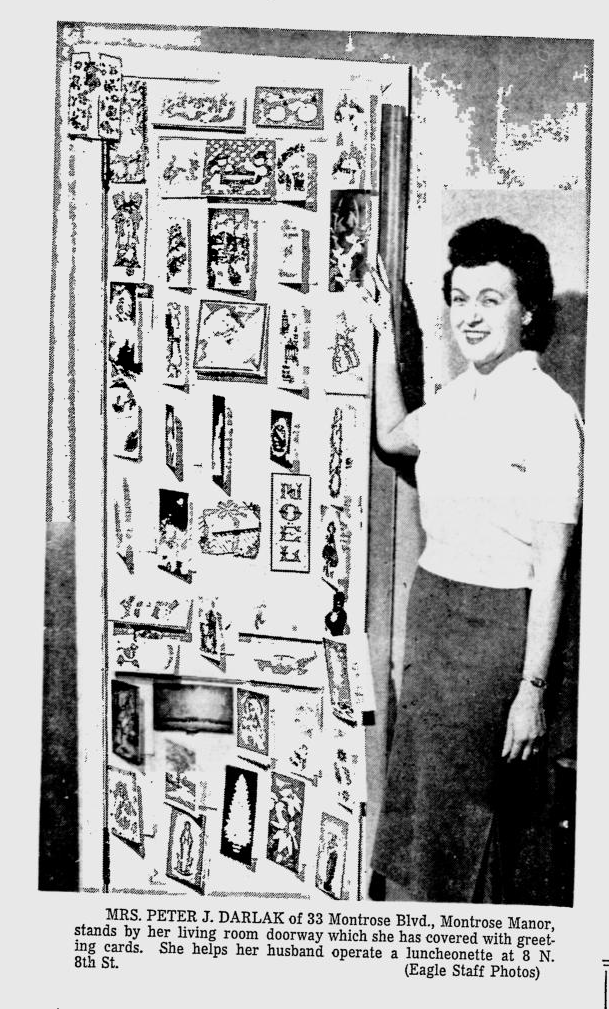