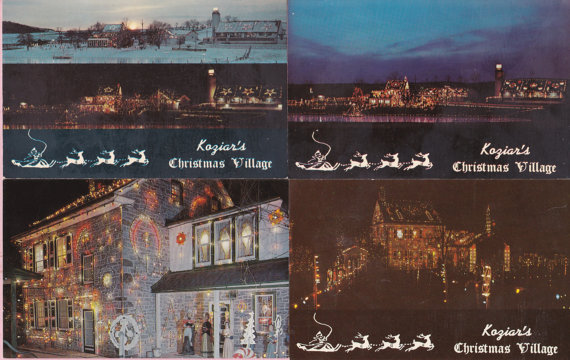 The Christmas Village was originally known as Spring Lake Dairy Farm. When William M. Koziar began decorating the farm for Christmas in 1948, the display was created for the enjoyment of Koziar’s wife, Grace, and their four children. It originally centered on the house and barn. Soon after, the display became more elaborate and incorporated the lake, walkways, trees, and fences. Over time, the private display became a popular local attraction known as the ‘Christmas House.’ Traffic nearby would slow down because passersby would drive by slowly to get a chance to view the display.

Eventually, visitors were admitted to the premises, and Koziar soon turned the wheat field into a parking space. The dairy farm remained active at first. The Koziars had to wait until the cows were milked before the family could turn on the lights because there was not enough power for the milking machines and the lights to operate simultaneously. 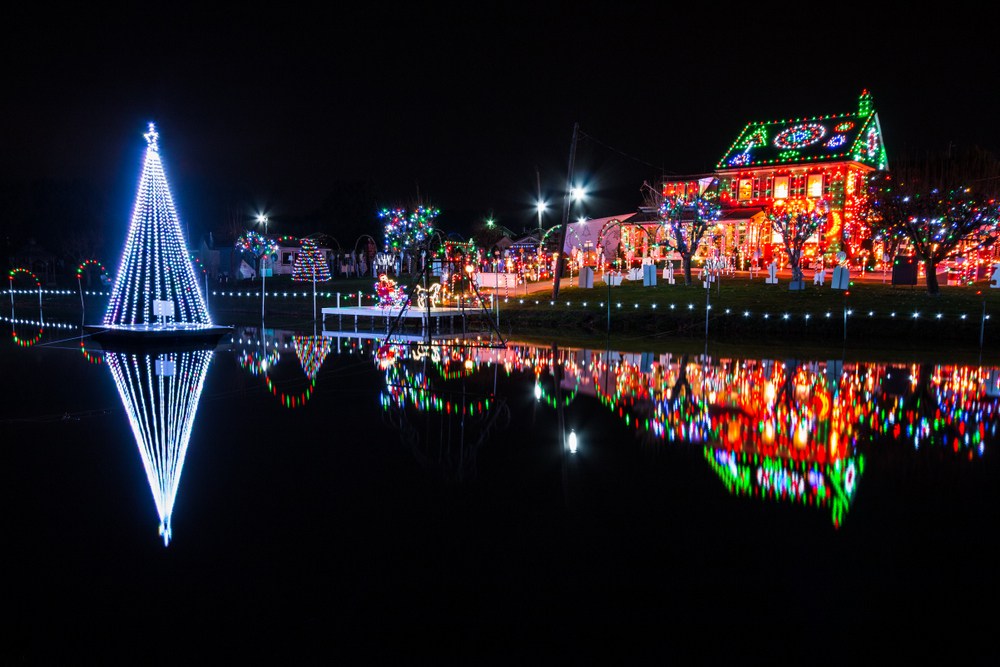 Many of the dioramas were housed in old chicken coops, displaying toys and clothes of the Koziar children and grandchildren.

In 2008, Koziar’s Christmas Village celebrated its 60th anniversary. It remains a family-owned attraction, currently operated by the Koziar daughters while several employees are second and third generation associates. 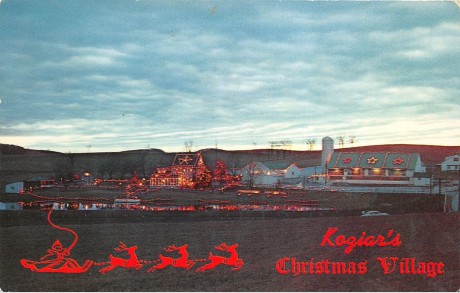