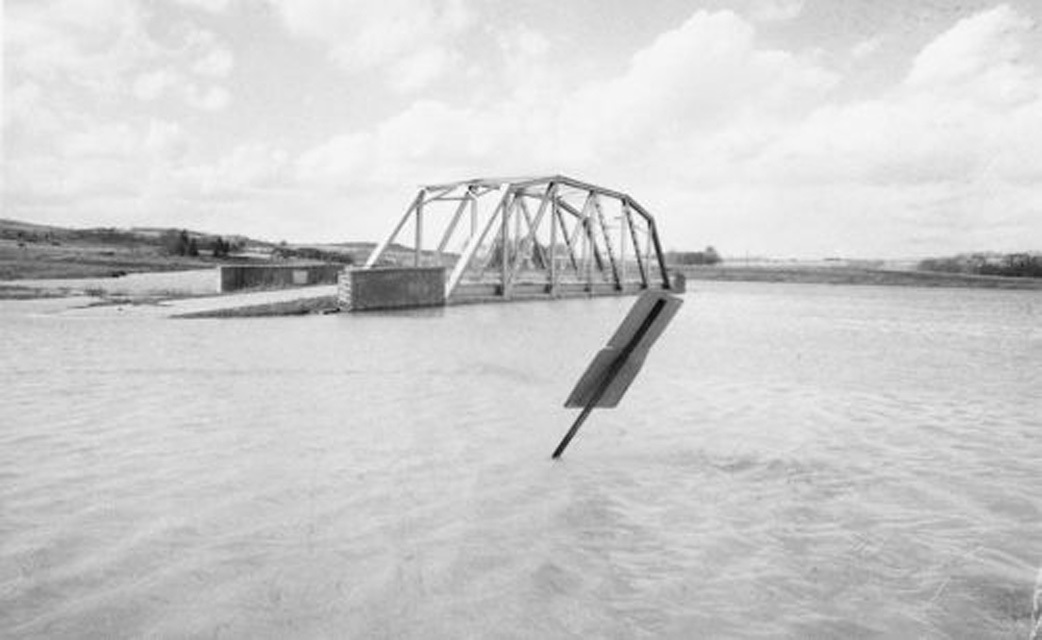 To squelch the rumors… no, there are no buildings standing underneath the waters of Blue Marsh Lake; only foundations and forgotten roadways. Many of these homes and farms were taken by eminent domain, ruining livelihoods and uprooting entire families. The whole process took almost an entire decade, with the first survey of acquisition dated January 1, 1970. Acquisition of the land began immediately and was complete by 1973.

The process was stalled briefly in 1972 with Hurricane Agnes causing flooding. Construction of the dam began in 1974 and was completed July 5th, 1979. Below are some images of Pleasant Valley before the dam.

The sign Water Road in this picture wasn’t kidding. This is the intersection of State Hill and Water roads at the Blue Marsh Bridge, northwest of State Hill, and under the Tulpehocken Creek on Froday – Eagle Photo

107 Replies to “Before Blue Marsh Lake”

Berks Nostalgia
Share this ArticleLike this article? Email it to a friend!
Email sent!