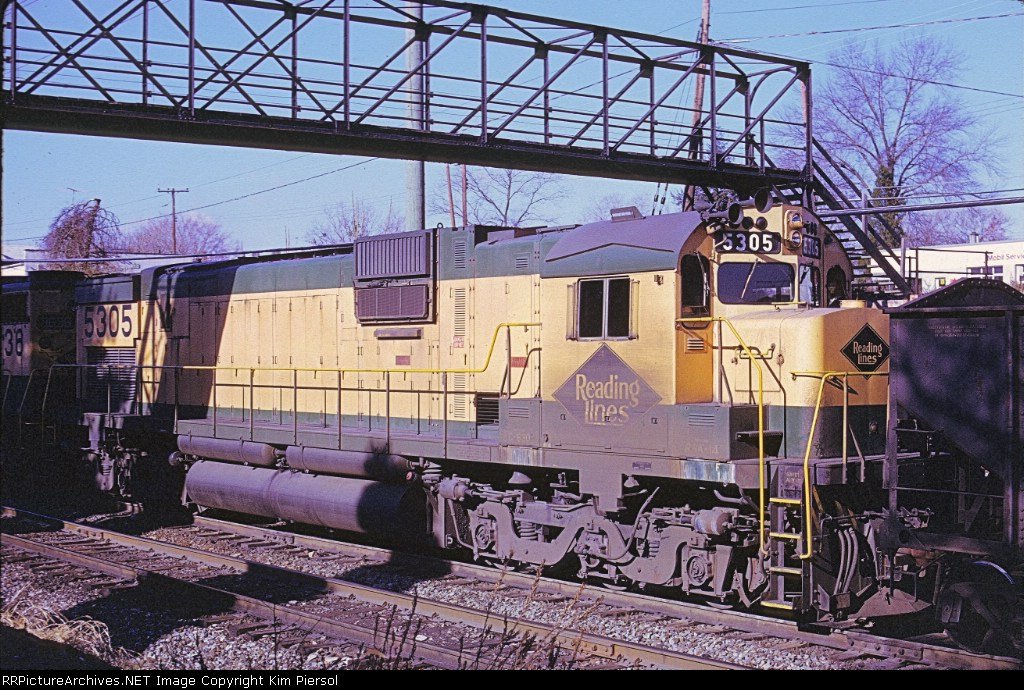 In West Wyomissing, there used to be a pedestrian foot bridge that connected Morwood Avenue to Penn Avenue. It was built by the Reading Railroad in the early 1920s to help commuters who lived in West Wyo to get to the trolly lines on Penn Ave easily. A nearby establishment was Queen of the Valley Diner and Schell’s Ice Cream.

On the West Wyomissing side, it sat behind the Franklin D. Roosevelt bust on top of what looks like a fireplace. While the bridge no longer remains, the FDR statue is still standing to this day. Its origins are largely unknown, but you can read a little more about the statue here.

The pedestrian foot bridge was dismantled and destroyed sometime in the mid-1990s. It was no longer used due to most of the businesses on the Penn Avenue side near it being destroyed in the mid-1970s to build the 422 bypass.

[…] Lawn. There were railroad tracks for on the side from the era of the trolley. The trolley used to pick up workers on Penn Ave and take them into town, crossing the old iron […]

My dad grew up and West Lawn and frequently used this bridge. He remembered the statue well. He returned in 2010 and here is what he discovered:

“To the right (of the Roosevelt bust) was a house with a man working in his yard. Upon asking, he had a fascinating story to tell. A. Gerlach had emigrated from Germany in the early 1930’s and built the house to the left of the monument. He painted a mural of the Rhine River, as he remembered it, on the three interior walls of his garage. He had much admiration for Roosevelt, so he built a shrine to his hero and placed it in the middle of the dead-end street at the edge of his lot.

According to the neighbor, Gerlach recently died and new owners were ready to move into his vacant house. He said the house had been quite full of junk and had to be cleaned out at considerable expense.
The neighbor also said that Gerlach was very talented at casting figures in concrete. In fact, he filled his yard with numerous cast concrete figures. After he died, the neighbor asked the new owners for the statuary, if they didn’t want it. He would have liked to put it into his own yard. The new owners destroyed the artist’s work with a sledgehammer. What a waste that was, of a talented man’s legacy.”

Wow Bill, thanks so much for sharing this info. That’s fascinating. I plan to look into A. Gerlach and see if I can’t find out a little more about him. He definitely deserves the recognition and to be remembered