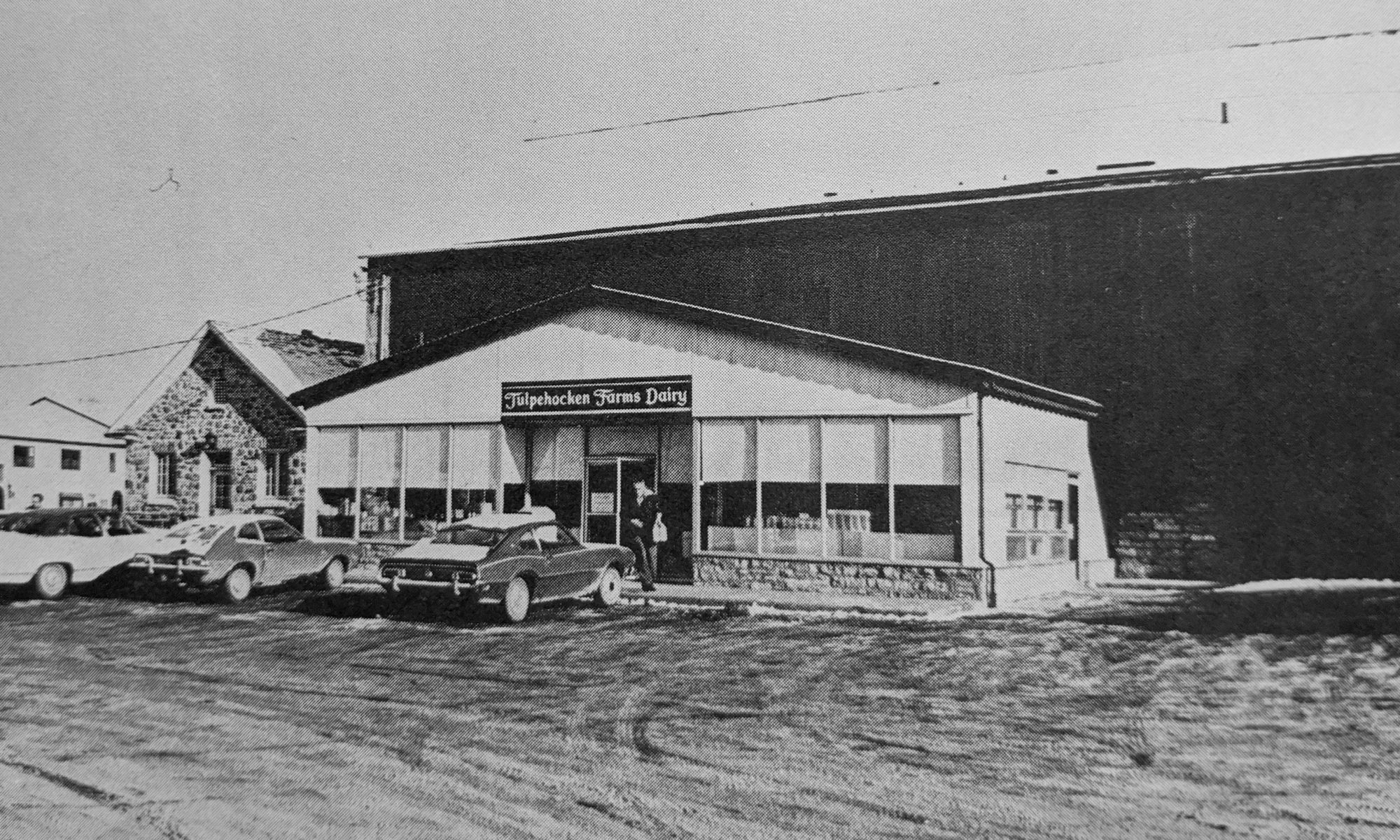 Tulpehocken Farms Dairy Store was located at the intersection of State Hill Road and Van Reed Roads in Spring Township. The storefront was built onto the dairy barn in 1962. It’s location was roughly here.

The Tulpehocken Dairy Farm Store was built on the front of the barn late in 1962. The Haas family moved into the farm house and they ran the store for three years from 1963 to early 1966.
(read the entirety of Beth Haas Barchas’s memories from a facebook reshare of this post)

The farm store was a great place to buy fresh dairy milk the way it used to be; thick, with a layer of cream on top when it sat undisturbed for a while.

It closed down in the early 80s . The land was eventually sold to a developer in 1984 and the farm buildings were razed. State Hill Road was also widened. Some of the land was developed into homes, some was sold to Penn State Berks.

Used to go there for milk all the time. I still had the milk bottles with a carrier until I sold them in 2018.
I will always remember the big old tree out front of the store.