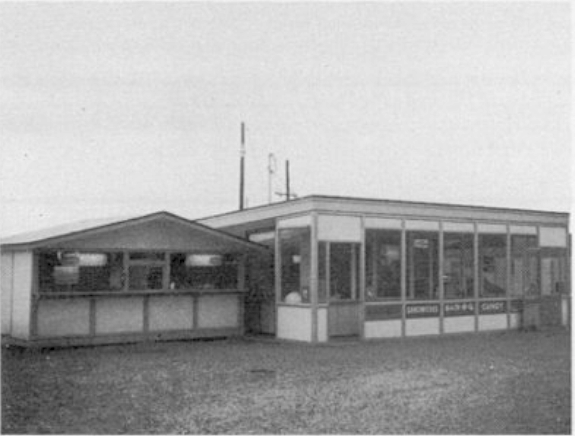 Ted’s Soft Ice Cream was in operation between 1960-1976 in Blandon. It was owned by Theodore and Grace Hughes. After closing up the ice cream shop in 1976 they went on to operate a business called Ted’s Soft Pretzel’s. Unfortunately Theodore passed in 1982 and Grace ran the business until retiring in 1986. Do you remember Ted’s Ice Cream or Soft Pretzel’s?

Remember it well. Red Bull milkshakes were the BEST!! Who recalls what this shake was??? Hint: This is not the Red Bull of today. The pretzel shop introduced “Churro’s”.

I’ve had old school red bull shakes and the taste reminded me of root beer or maybe sarsaparilla.

Family legend has it that my mom, Ted and Grace’s middle child, met my dad when she was working at the stand. My dad rolled up. His brakes failed and his car roll into the building. The rest is as they say history!

a hilarious and adorable story Diane, thanks for sharing it!

It was “Pennsylvania Dutch Birch Beer”. Did you try the “Purple Cow”?

Ted’s Soft Pretzels were the absolute best. You could get a paper bag with five or ten for an absurdly low price back then. When I was in high school I came home and my Dad and brother told me there was a bag of soft pretzels from Ted’s on the kitchen counter. I ran over and stuck my hand in the bag expecting those soft, hot pretzels only to find they had put a dead mouse in the bag that they found in the garage. Those pretzels were so good that had there been a fresh soft pretzel in the bag with the mouse I probably would still have eaten the pretzel. I miss Ted’s little shack and that “soft pretzels” neon sign. Good times indeed.