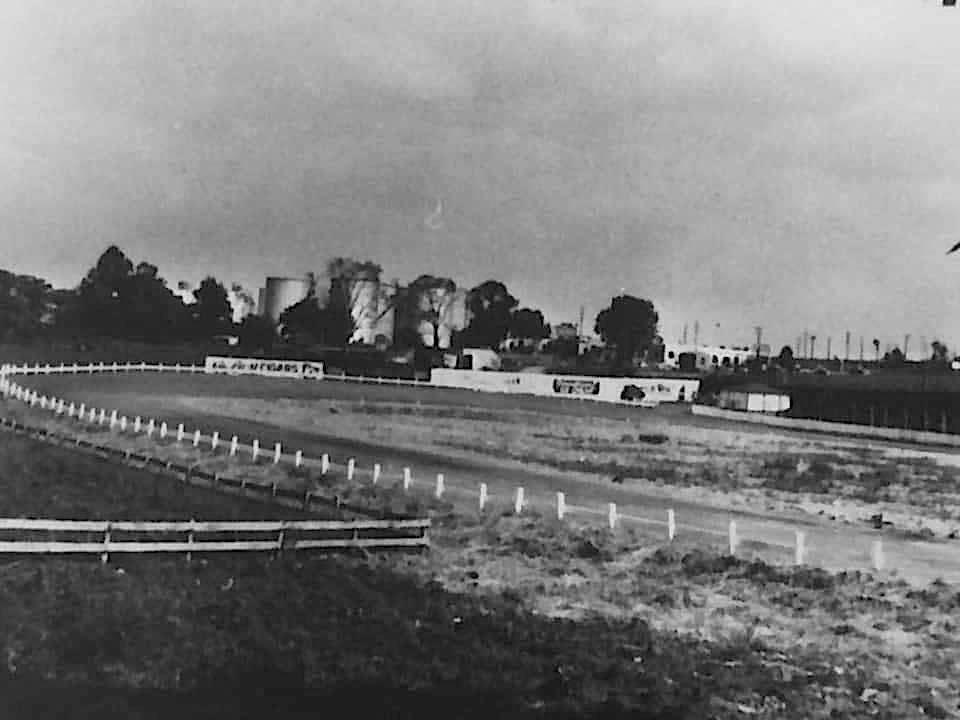 Sinking Spring Speedway was located along Fritztown Road, between Old Fritztown and Montello Roads. It opened in August of 1948 and was a quarter-mile semi-banked dirt racetrack about a half-mile southwest of Sinking Spring. It was ran by Harry D. Weil. They hosted afternoon and night races under lighting over the summer months.

The twice-deffered 1949 Sinking Spring racing inaugural has attracted a field of more than 25 drivers, mostly from Reading and Berks County, and many of the youthful pilots will be making their debut in competitive racing.

The track hosted midgets, hot rods and stock cars during its history. They also had boxing matches. The site was owned by Montello Athletic Club who leased it to Weil. It was directly next to the Sunoco Montello Plant. The track was short lived and was out of business by the early 1950s when the land was sold to the gas company.

According to a newspaper clipping, the Sinking Spring Speedway was opened by Harry Weil in 1948 and only lasted a short while, perhaps until about 1950. I would be interested where the 1929 starting date was found. I have several photos of the cars racing. The photo appearing is the better view showing the grandstand. The small white building at the top right corner was the Montello Athletic Club clubhouse. They leased the land to Weil. The club had shoots there and many activities. They even tried a drive in theater by hanging a large covering from a wire strung between two poles. I also have the club secretary book. The property was eventually sold in the 1950’s to gas company.

Yeah I took out the 1929 date shortly after publishing. It was from a racing history website but clearly was wrong. Thanks for the other info!