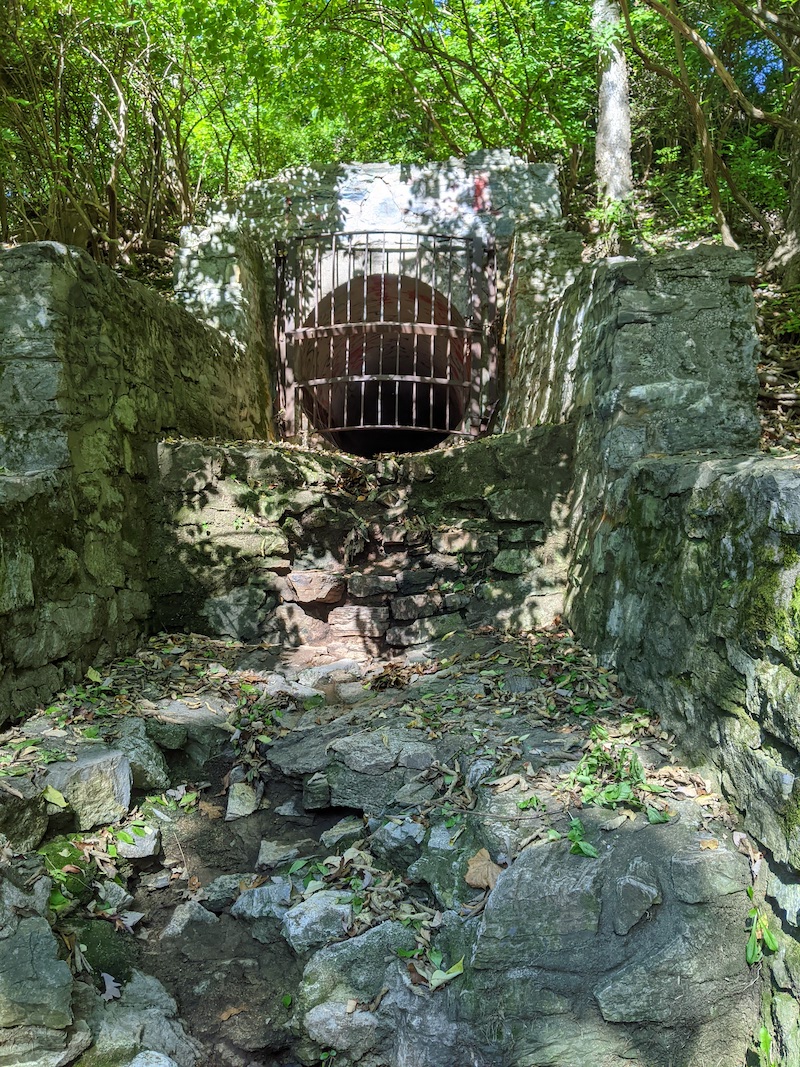 If you grew up in the Wyomissing Borough in the early and mid 20th century you might recall Old Man Echo. It was an entrance to the sewer water drainage system which could be followed for miles underneath the streets of Wyomissing. Presumably getting its name from the effect ones voice had when speaking or yelling into the opening.

There is also allegedly some Pennsylvania German lore surrounding the drain opening. A Wassernix, a german-rooted word for Mermaid, lived peacefully in the Wyomissing Creek for centuries. In the early 1900s, she was enraged by the development of Wyomissing and consequently the drainage construction. So naturally she imprisoned the soul of a worker who was helping build the sewers in the maze of piping under the borough streets. Children from the area would be drawn to the entrance to yell out to the worker’s trapped soul so he could find his way out. They couldn’t remain long, for if the Wassernix caught them their souls too might become trapped in the sewers.

Today, the gated Old Man Echo is still visible along the Wyomissing Park Trail. It was barred over in the 1970s to prevent local youth from partying inside of the pipes. Or perhaps to stop the souls of children from getting sucked inside.

Well that tale of the Wassernix is some rich cultural background. My mother never used that as a scare tactic when she would forbid us to explore Old Man Echo. She would only talk about rats and the danger of being caught in the sewer and drowning if a sudden cloudburst arose. That, of course, never worked. And even if she had brought up the Wassernix that wouldn’t have either, as we would have just tried to capture it.
Great stuff.

would walk passed it every day after school, one day a friend and i kept jerking on the gate and the chain broke we went in with out no light, later that day we went and got a flash light and went back in and spent two hours under the streets of Wyomissing, i grew up on the 1100 block of Cleveland Ave. I also think back to where there was a tunnel like old man echo next to the West Reading pool.