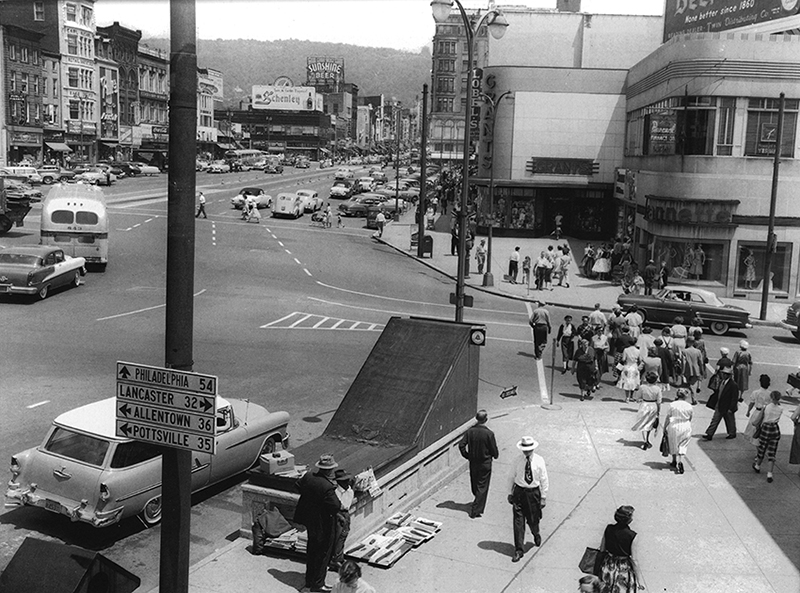 The Comfort Stations at 5th & Penn were essentially public restrooms that included toilets, showers, weight scales, 14 wash bowls with liquid soap, and pay compartments all of which seemed quite luxurious for when it was introduced in February of 1922. The showers and pay compartments cost 25 and 10 cents. Comfort stations became extremely popular amongst those shopping downtown, and generated considerable revenue for the city over the years. As a result the prices of showers were cut to 10 cents.

These comfort stations eventually became used less, and in 1977 a kiosk was constructed to cover the entrances into the old comfort station, and the city used it only for maintenance purposes. The underground structure was sealed permanently in 1993 when the square was revitalized. The Comfort Stations at 5th & Penn still remain down there, buried in time and memory.