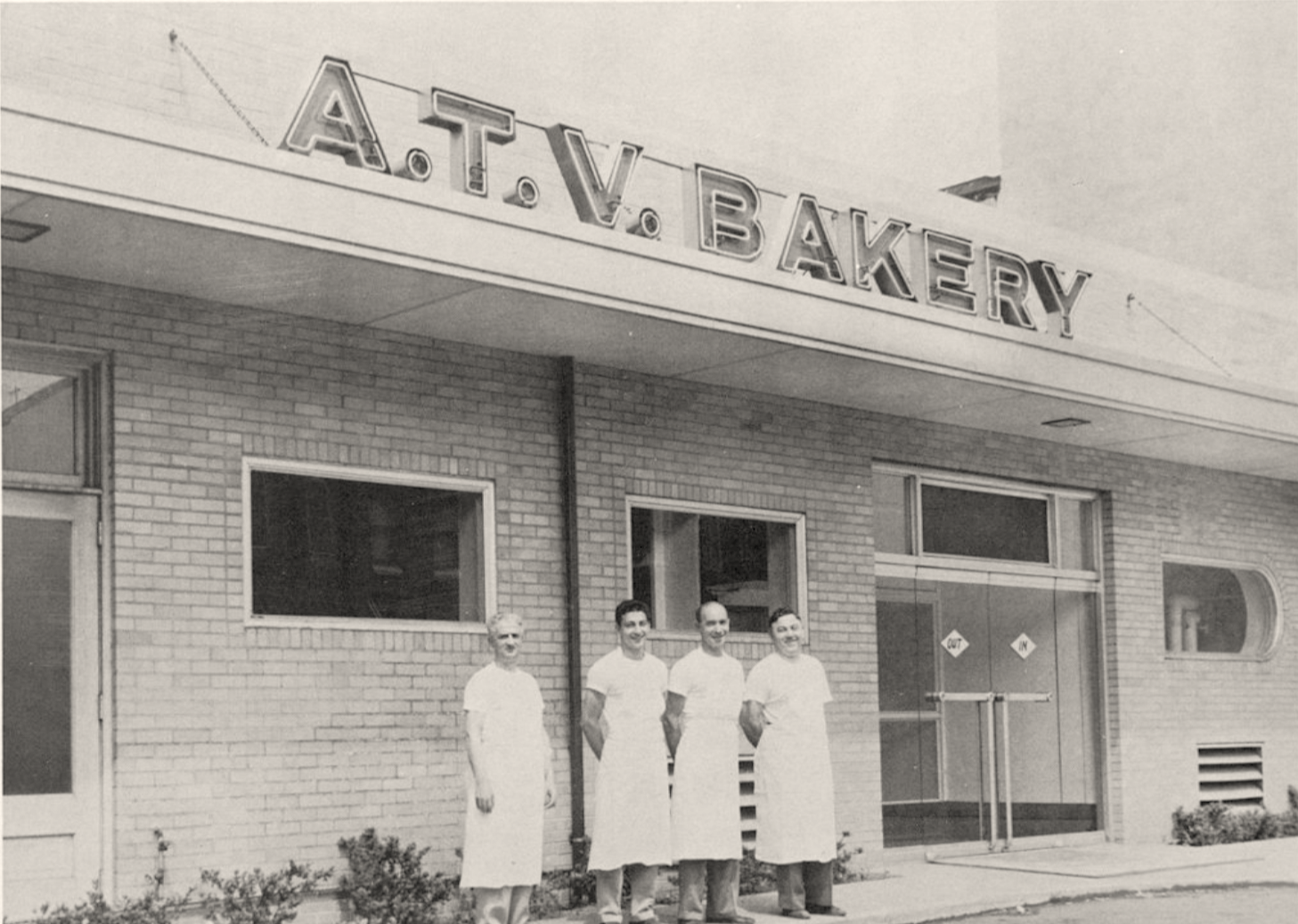 Their beginnings can be traced back over a century ago when Paolo Alberti came to America from Palermo, Sicily and opened “Alberti’s Bakery” in the early 1900s. In the beginning Alberti’s competed with two other local Sicilian bakers; Tomasi and Vecchio. Paolo’s son, Joe, decided to join forces with the rival bakers and in 1941, ATV Bakery was born.

Vecchio sold his stocks in the 1950’s and Tomasi retired in 2004. The Alberti family has owned and operated the business solely since then, eight decades after the original union formed. ATV still provides baked goods to the area from the same building on South Third Street.

Best sub sandwiches ever! I really loved the hard rolls for my cheesesteaks.

I knew Georgine Tomasi, a daughter, circa 1965. I think she lives in California now, but I have been unable to contact her.