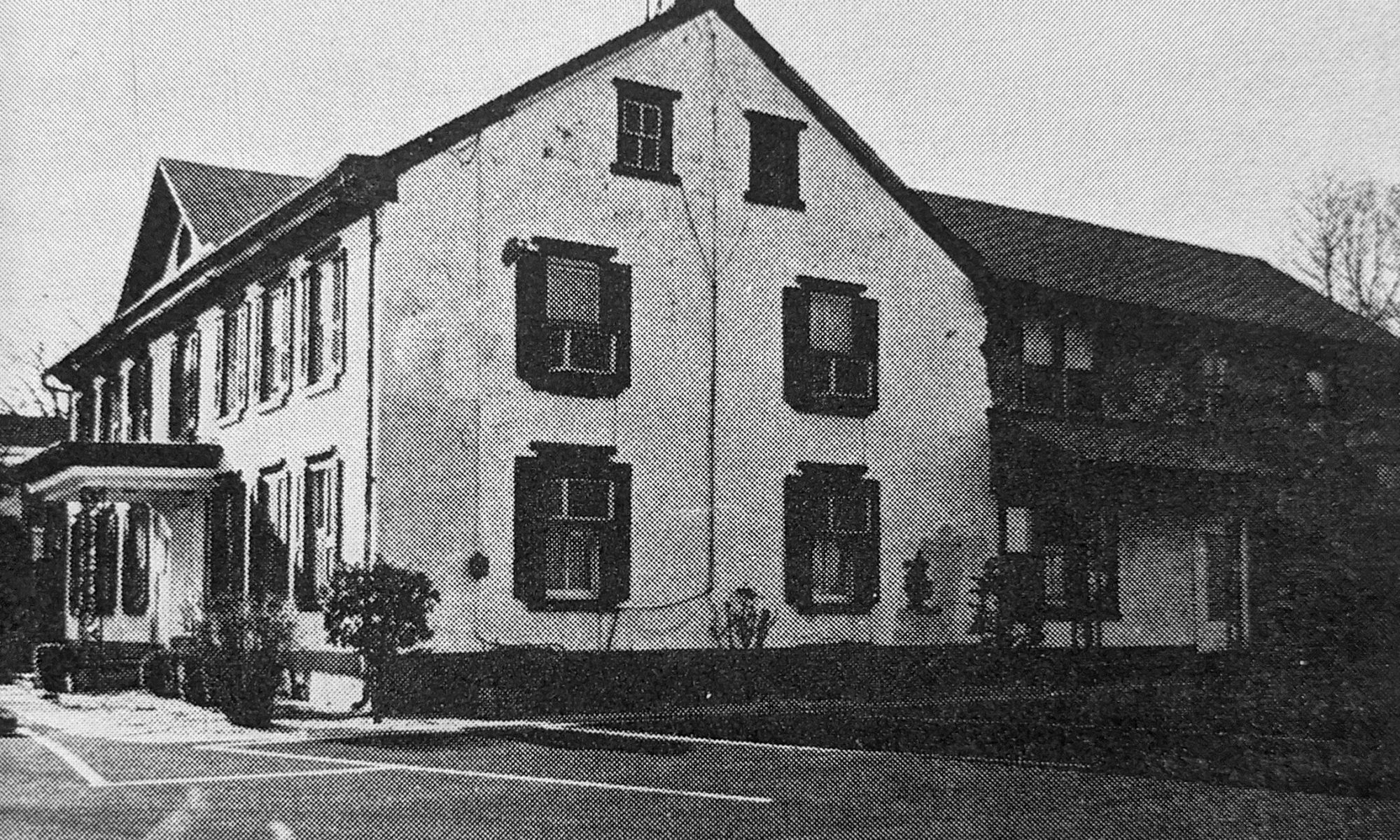 The Ye Olde Spring House building is now Bean Funeral Home, and its address is 3825 Penn Avenue.  The restaurant’s address was formerly 425 Penn Avenue. According to Bean’s website,

“Our Sinking Spring funeral home has a fascinating history. The two story early-colonial structure was constructed in 1802 as a farmhouse, and was used through the years as a private school for boys and girls known as the Charter Oak Academy. The late Thomas K. Oberlin was Founder and Headmaster of the school until he operated the Oberlin Peony Gardens on the site until his death sometime after World War 2. In 1963 it was purchased by Edgar L. and Janet Paulsgrove, former operators of the Riveredge restaurant, who renovated the building and operated a very popular restaurant known as the Ye Old Spring House.”

A historical building at 425 Penn Ave. Sinking Spring, which before the turn of the century housed what was known as the Charter Oak Acadamy, a private school for boys and girls, will now become a dining establishment.

The two-story, early-Colonial structure which was built in 1802 has been purchased by Edgar L. and Janet Paulsgrove, former operators of the Riveredge, who plan to open the place as “Ye Old Spring House” after renovations are completed. The building, together with about two acres of ground, was purchased from Morris W. and Grace E. James, now residing at 1333 Delaware Ave, Wyomissing.

Mrs. James is a granddaughter of the late Thomas K. Oberlin, of Womelsdorf, who was the founder and headmaster of the school until he went into the flower business on the site. He operated the Oberlin Peony Gardens until his death sometime after World War II.

This home was built in 1802 by Aaron and Henry Mull. Since their death in 1843, was deeded to their direct descendants, until the first purchase was made in 1963 by Edgar and Janet Paulsgrove. The first deed still remains in the medallion at the bottom of the stair rail.

This historical building, which before the turn of the century, approximately 1884, housed what was known as the Charter Oak Academy, a private school for boys and girls, which was named after an old oak tree on the grounds.

The headmaster and founder was the late Thomas K. Oberlin, who later went into the flower business on this site specializing in lilac trees and imported rare peony bushes and trees from the Orient and Holland. This site was then known as Oberlin Peony Gardens, which was the largest of it’s kind in the world. Each springtime thousands of people visited this magnificent display of peonies and lilac trees.

There remains lilac trees and peony trees and bushes on these grounds from the fruitful efforts of Mr. Oberlin.

Special thanks to reader David Procter who gathered this information