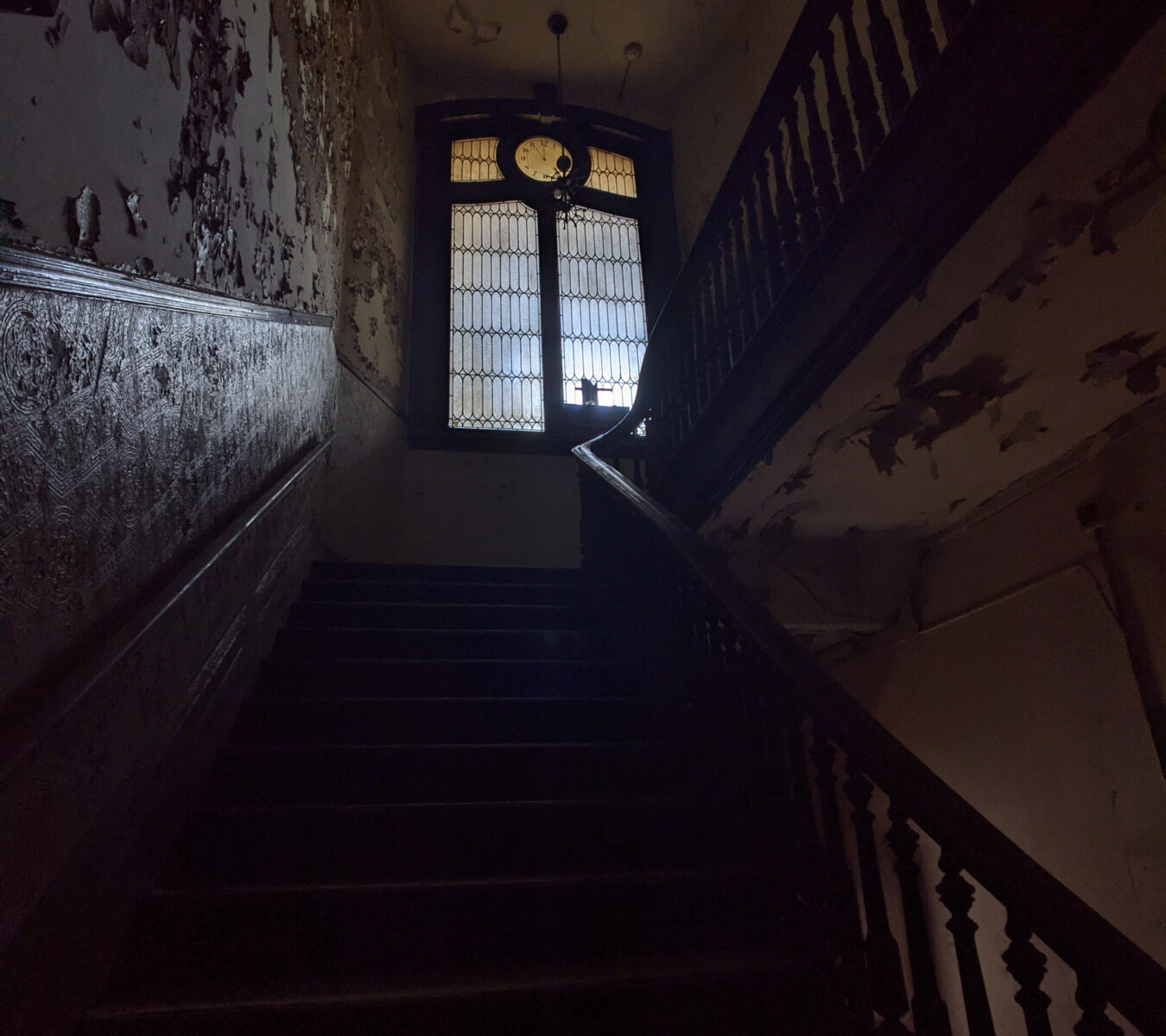 The mansion that sits at 5th and Franklin streets was built in 1869 by a man named Horatio Trexler. He used the home as a private residence for his family until his death on March 19, 1900 at 87 years of age. After his passing his two surviving children, daughters Mary Ann Eckert and Emma Keim inherited the property. In 1902 they deeded it to Mary’s son and Horatio’s grandson, William B. Eckert.

Born in 1813 in Longswamp Township, he entered his father’s ironworks business at age 17 and worked his way up to becoming a prominent business and community leader by his death in 1900. He ran his inherited ironworks, Mary Ann furnace, until 1869, the same year he built the mansion. Trexler moved to Reading in 1848 and shortly after invested in a quarter interest share of the Reading Iron Works business which he was connected with until his death. Other achievements include being elected director and then president of the National Union Bank of Reading, as well as being a trustee of Charles Evan’s Cemetery where he is buried.

Could it be Haunted?

From searching obits, it is confirmed that three Trexler’s died in the mansion. Both Horatio and his wife Mary died within a few weeks of each other in the residence in 1900. One of Horatio’s sons, James also suddenly died in the home in 1881.

The Reading Elks Home Company purchased the property in 1904 for $18,000. Shortly after various additions and improvements were made. A large $50,000 addition was constructed on the back of the original mansion in 1909. The rooms added included a dining hall on the main level, above it the main meeting hall, and above that a rooftop garden which had an occupancy of 300. The basement contained four bowling alleys and a large bar, along with a service kitchen and bathing amenities. Under the Elks ownership, some of the former mansion rooms were utilized as card rooms, offices, lodging and general lounging. At the Reading Elk’s 25th anniversary celebration in 1916 the property was valued at over $100,000, which would equate to about $2.5 million in 2021. Membership was over 600 at this point and the age of the Elks was just beginning its peak.

Around the building, the acronym B.P.O.E. is displayed prominently in many places. This stands for Benevolent and Protective Order of Elks, which is the formal name of the organization. Another reoccurring theme you will see in windows and artwork is a clock with the hands signaling 11 o’clock. This symbolism is based on the concept of the “11th hour” or nearing the end, often in remembrance of members who are no longer living but also appreciating those who are absent. At all meetings and social functions of any Elks Club Lodge, when it hits 11:00 p.m., the entire lodge body partakes in a ceremonial “Eleven O’clock Toast.”

The Brunswick automatic pinsetter machinery was installed in the basement lanes in October 1969, rendering the Pin Boys jobless.

The Elks Club members enjoyed the extravagance of the former Trexler Mansion with improvements for 75 years until they sold it in February 1979, citing maintenance costs as one of the major reasons for leaving the building.

The current status of the Elks Club Lodge 115 is unknown, their last previous club address on Hampton Blvd was sold in 2016 and their website is a broken link.

In the 1980s, the mansion had a stint as a dance club. The building has been abandoned for at least a decade. The public has not seen the inside for the better part of four decades, until now.

In May 2021 it was announced that Shuman Development Group purchased the property with the intention to redevelop the mansion into event space in conjunction with the Abe Lincoln Hotel and Baer Chapel, which is located a block away. In June the company announced they would be holding an open house for the public on June 17th, 2021 between 12:30-7pm for those that want to walk through before renovations begin. It is estimated that the renovations will take roughly 24 months to complete.

I always loved this building. Always wished I had the money to purchase the building. Especially enjoyed the Elk statue out front. I had my wedding reception there in January 1979. It is a grand old building. Very surprised as to how well the woodwork has held up. Wish I was back in Reading to take the tour. Can’t wait to see the renovations.

I found out about this walk through the day it happened and wasn’t able to get there. I’ve always admired this building whenever I drove or walked by. Thanks for the write up, the pictures and the great website!

I love ok’d Elks lodge room spaces!
Ive got a post card photo of the lodge room for the elks was set up if you want a copy?