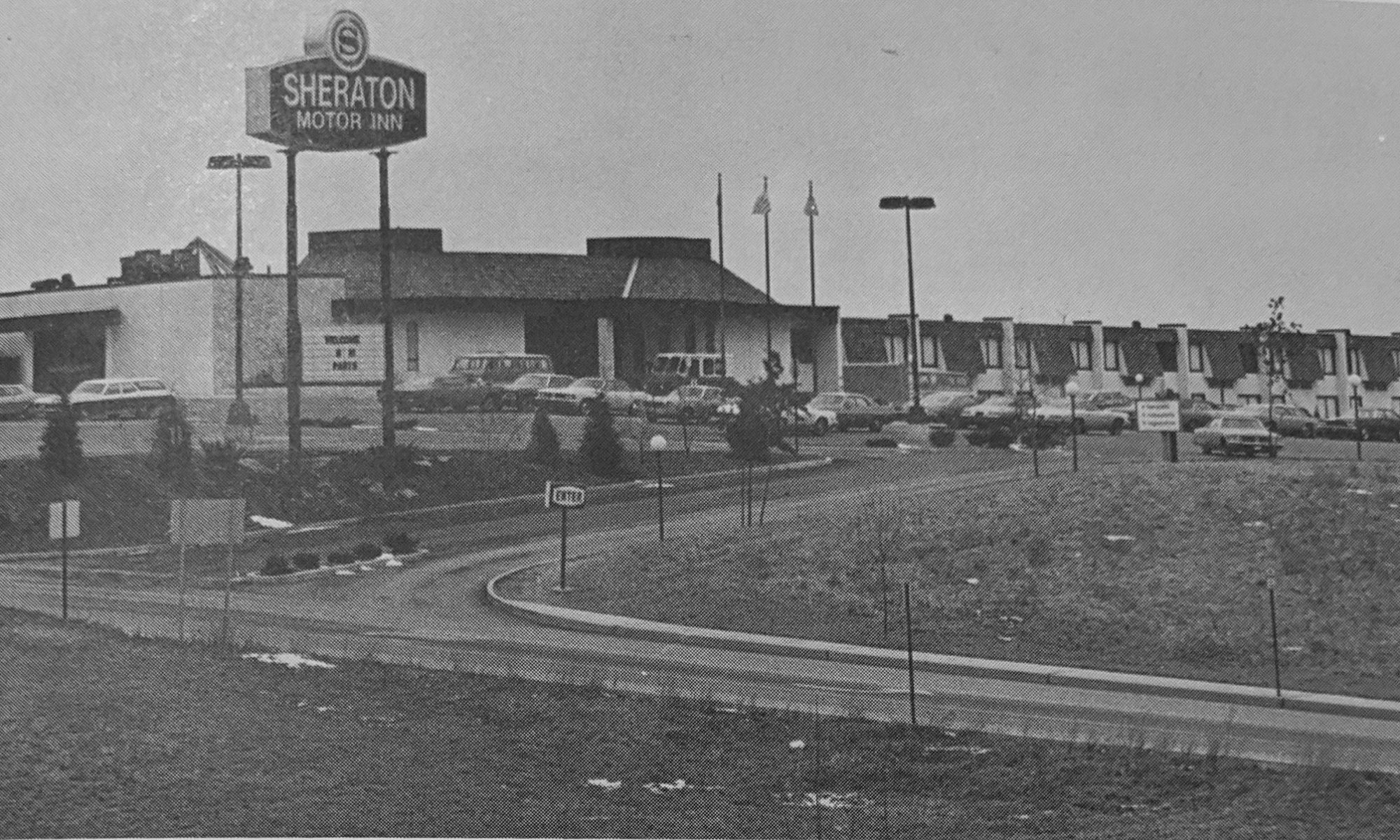 The Sheraton Motor Inn was built in 1973, located at Woodland Ave and then Van Reed Road (now Paper Mill Road).

In the year 2000, the Sheraton Motor Inn received higher status and was able to refer to itself as a hotel instead of “Inn”. It also underwent a $3.5 million dollar renovation which included new bathrooms in the guest rooms and all new furniture. The hotel also replaced its Sheraton Motor Inn sign, which was one of the oldest in the chain at the time of its removal. At some point there were considerable vertical additions made to the main buildings as well.

In 2002 in underwent $7.5 million dollars in renovations. These included the indoor refurbishment of all 250 guest rooms; new wallpaper, furniture, and artwork. The restaurant, ballroom and night club were also renovated. The exterior of the building was also given a fresh new look.

There was also an incident in 2002 where the pool chemical system malfunctioned, sending twelve adults and a girl to the hospital. The entire hotel was evacuated. The injection system feeding chemicals into the pool malfunctioned. Luckily everyone was treated and released without lasting problems.

In 2009, the Sheraton Reading Hotel again underwent a 10 million dollar renovation as it rebranded itself as the Crowne Plaza.

Those renovations included a new facade; an upgrade of all computer systems, which is complete; room renovations, which will include new bedding, carpeting, wall coverings, televisions, art, and bathroom tiling; guest hallways, which also will feature new artwork, carpeting and wall coverings; renovation of the fifth-floor executive lounge and the ballroom; a new fitness center; and a complete facelift of the pool area. – Reading Eagle

It is still the Crowne Plaza of Reading today.

Was told by staff members this hotel is leaving IHG Crowne Plaza hotels and will be a Radisson hotel soon.