Penn Street – North Side – 400 Block….1940s…Reading: We look to the Northeast corner to the landmark Saylor food business stand. In the foreground is car 809 as it appeared in 1947, end-of-the-line year for city trolleys. Looking to the background is an imposing grey-stone structure built as Reading Girls’ High School. At this juncture, it was Reading’s “special school” for students with learning problems. 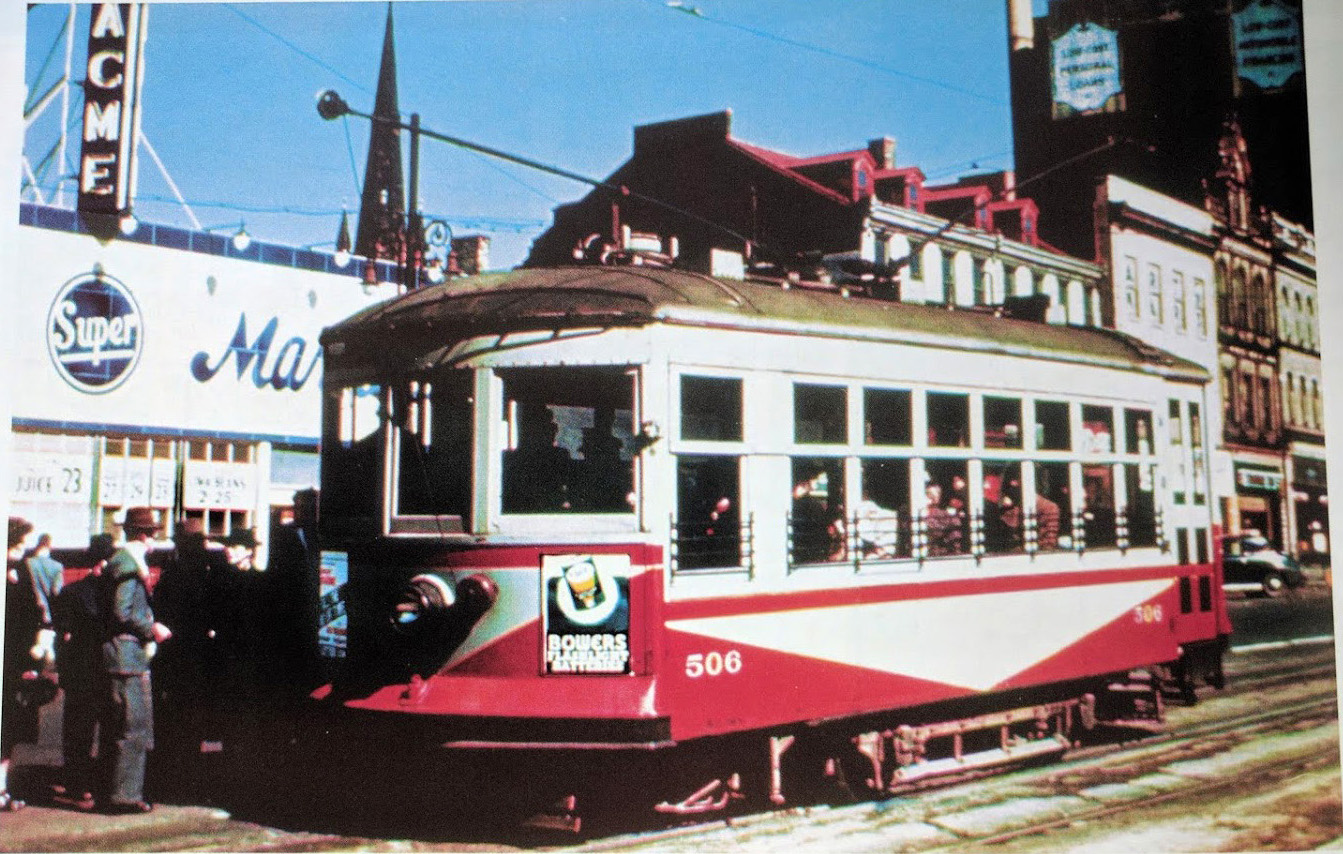 Off to the right is a large old building that years ago was the Roosevelt Hotel. At the time this picture was taken – on Oct. 13th, 1946 – its lower level contained two retail stores, one of which was the Charles Store, which soon afterwards moved across the street to the building occupied by Sears & Roebuck prior to their relocation to Lancaster Avenue in Shillington.

Looking to the North Side of Penn Street, Warner Theatre – 755 Penn – 1940s – Courthouse in Background, Reading: Most prominent in this view is the imposing sign for the Embassy. Between the Embassy and northwest corner of 8th and Penn was the Warner, a relatively simple theatre with aisles on the left and right sides of the auditorium. Originally, when the theatre-site was developed as the Hippodrome, Reading’s premiere vaudeville house, the auditorium and stage were huge. The west end, perpendicular to Penn, was cut by 2/3 – for storeroom creation – and what was left became the State Theatre, a venue largely characterized by the showing of cowboy films. Indeed, Roy Rogers made a personal visit in Dec. 1938. In 1941, Warner Brothers leased the theater and proceeded to make major renovations; a new marquee, box office, lobby, restrooms, and a smoking room! The theatre, with seating for 1,228, opened Apr. 12, 1941. Like the Astor, the Plaza, and other theatres experiencing dwindling audiences and revenue, latter-day fare increasingly included R-rated films. On March 14, 1963, the Warner closed and was removed to make way for the projected Penn Street Mall, an ill-fated venture if there ever was one! -Photo Courtesy of Joseph DeAngelo

All images and copy from the Passing Scene

I remember going to both of the theaters pictured here. We walked over. HePenn st bridge from West Reading.