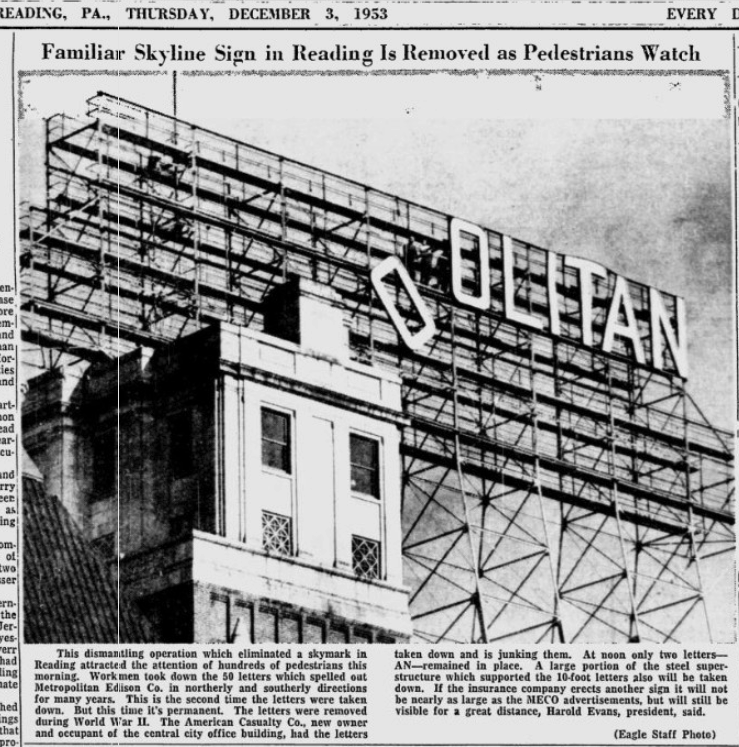 This dismantling operation which eliminated a skymark in Reading attracted the attention of hundreds of pedestrians this morning. Workmen took down the 50 letters which spelled out Metropolitan Edison Co. in northerly and southerly directions for many years. This is the second time the letters were taken down. But this time it’s permanent. The letters were removed during World War II. The American Casualty Co., new owner and occupant of the central city office building, had the letters taken down and is junking them. At noon only two letters – AN – remained in place. A large portion of the steep superstructure which supported the 10-foot letters also will be taken down. If the insurance company erects another sign it will not be nearly as large as the MECO advertisements, but will still be visible for a great distance, Harold Evans, president, said. (Eagle Staff Photo)