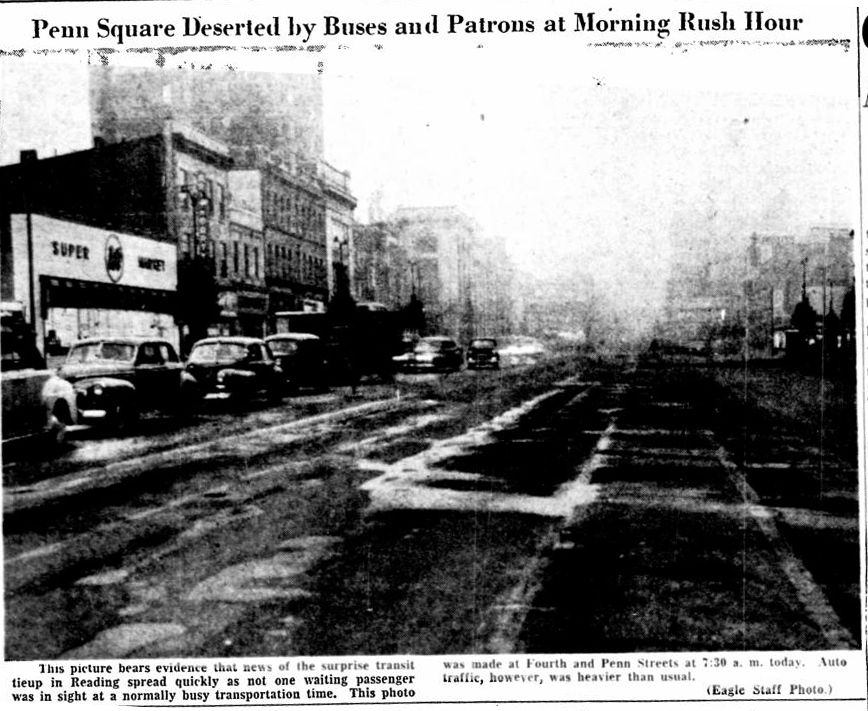 On this day in 1950; the Reading Street Railway Company went on a sudden Bus Strike after negotiations on contracts came up short. This stopped all bus and street-car service in the city of Reading, which as you can imagine caused problems for those who relied on the service.

Some of the conferees in a mediation session at the Tenth Street car barns of the Reading Street Railway Company, which opened shortly before noon, are shown in the top photo.… Read Full Article 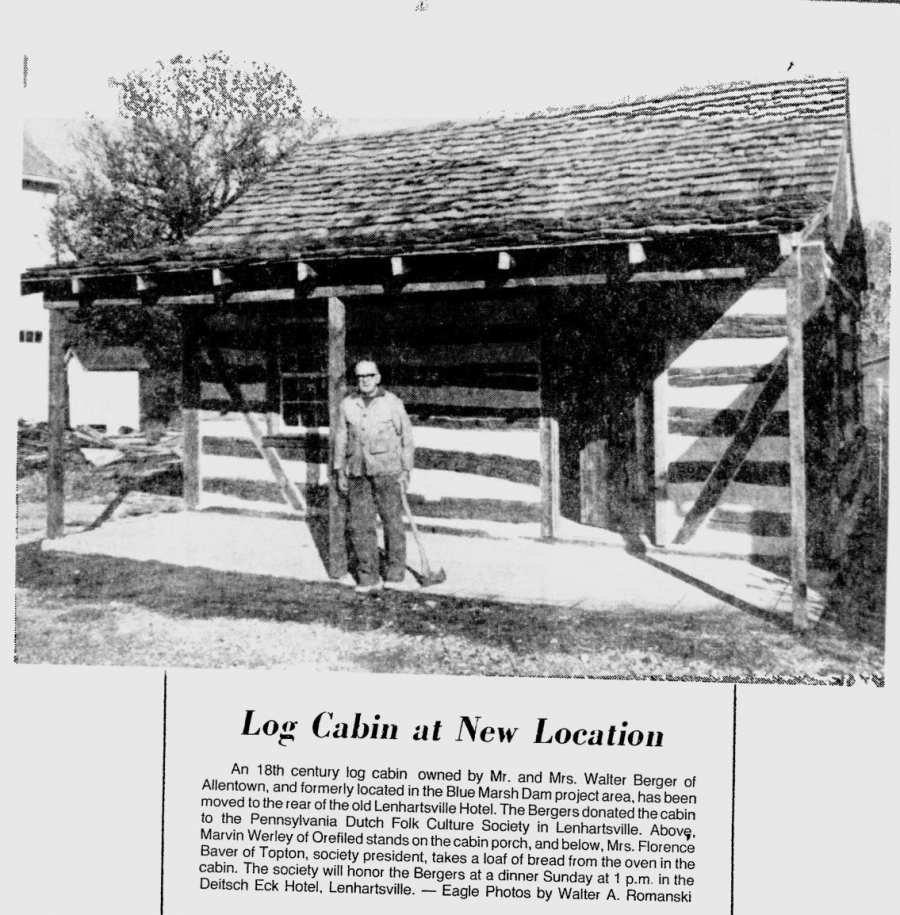 An 18th century log cabin owned by Mr. and Mrs. Walter Berger of Allentown, and formerly located in the Blue Marsh Dam project area, has been moved to the rear of the old Lenhartsville Hotel. The Bergers donated the cabin to the Pennsylvania Dutch Folk Culture Society in Lenhartsville. Above, Marvin Werley of Orefield stands on the cabin porch, and below, Mrs.… Read Full Article 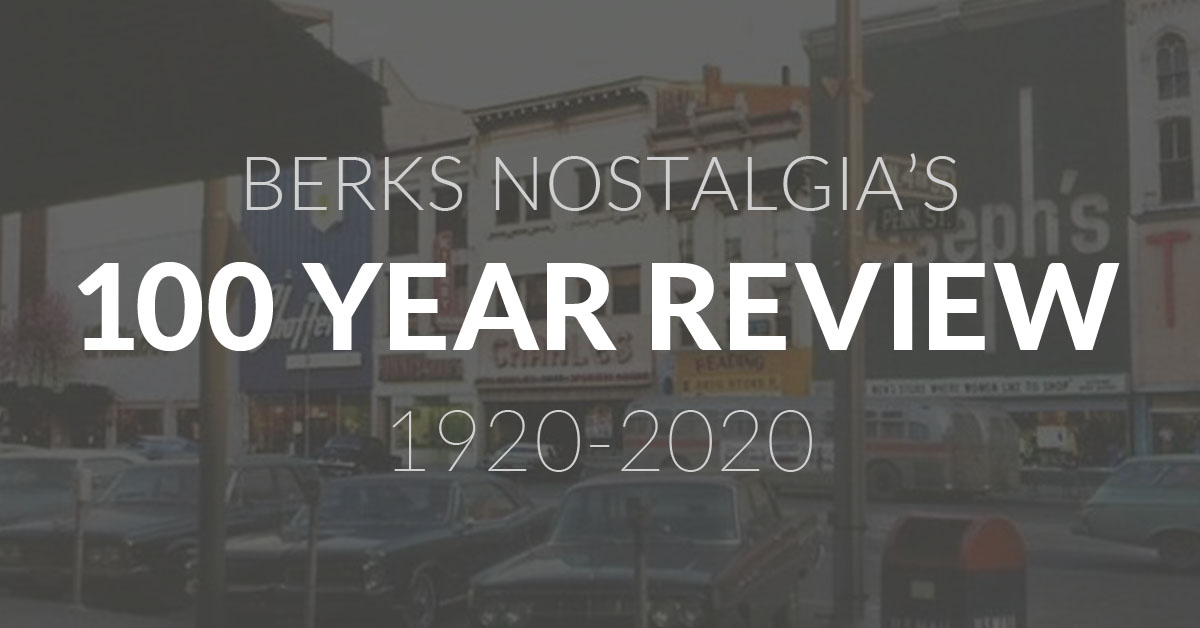 Happy New Year Berks County! Not only is it a new year but also the beginning of a new decade. As we leave behind the 2010s, let’s look back on the beginning of the last 10 decades, and some of the events that we experienced together as a community during them. The past is important and sometimes comforting, but it is also important to look forward.… Read Full Article

Reading’s 7th Street isn’t really a street, it’s railroad tracks. And these railroad tracks will cut through the purposed Penn Mall. Edward Sulzberger, the proposed mall developer, has said he would prefer the tracks not be there but can live with them. Meanwhile, other redevelopment officials feel the tracks may become an asset in the future if mass rail transit becomes a booming business. 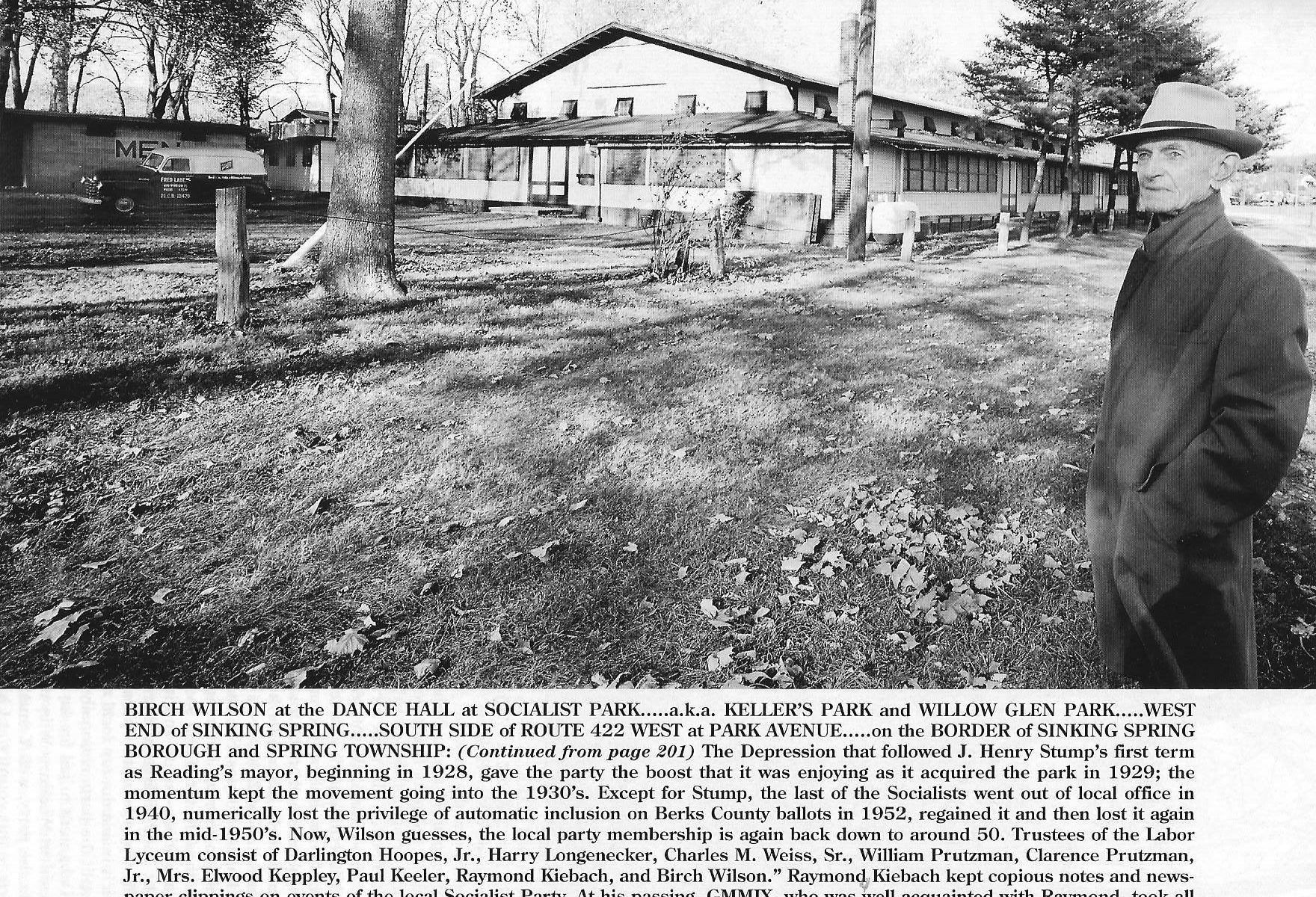 Birch Wilson at the Dance Hall at Socialist Park…aka Keller’s Park and Willow Glen Park…West end of Sinking Spring…South Side of Route 422 West and Park Avenue…on the border of Sinking Spring Borough and Spring Township:
The Depression that followed J.