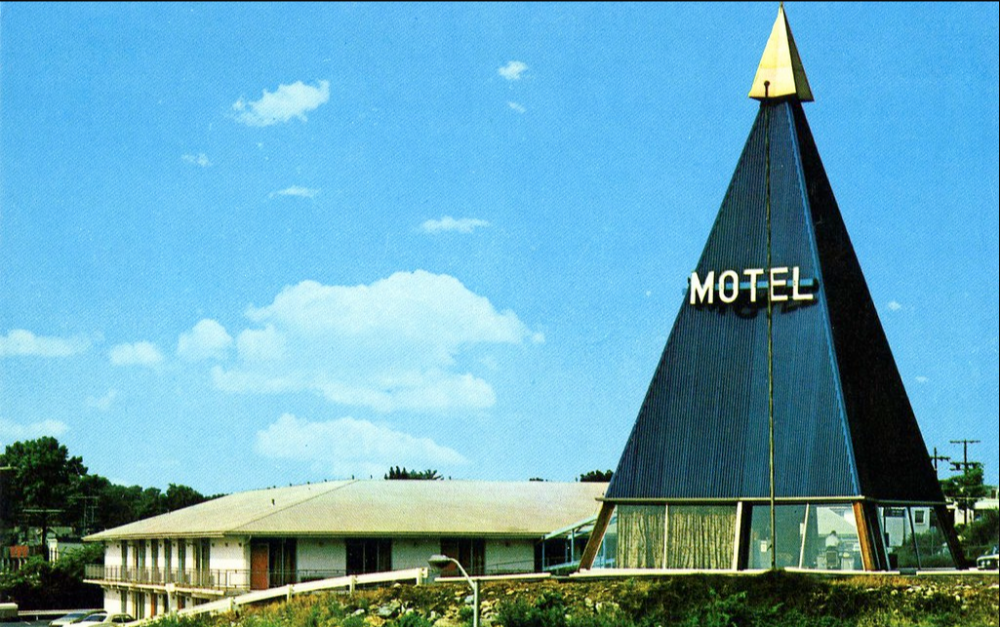 The Penn View Motel was part of a chain of nine establishments called Host Ways Motels. It was built in 1965, and along with the other 8 locations boasted the mid-century modern pyramid. It was located on the block between 2nd and 3rd Streets on Penn Avenue in West Reading. The striking blue pyramid would become a landmark of sorts, and could be easily seen by passing cars on the 422 bypass just down the road.… Read Full Article